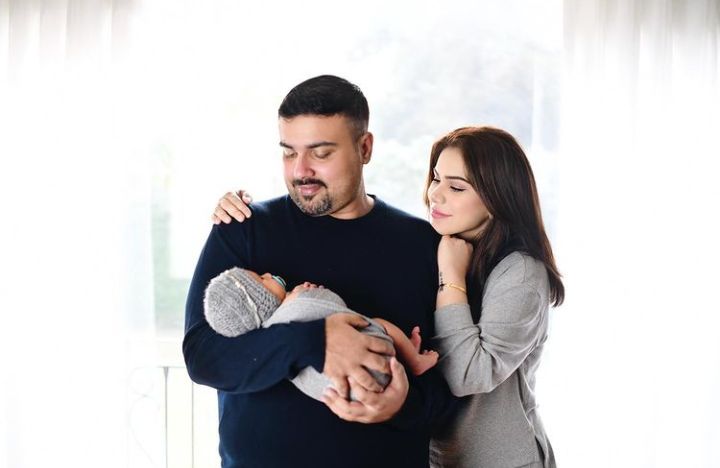 Cyberbullying is a sore spot in this day and age. Particularly when it comes to celebs. Recently, Pakistani celeb Ghana Ali opened up about the effects of cyberbullying.

The Saraab actress opened up about the toll it took on her. Particularly when the comments were abusive. With such negativity even being aimed at her infant daughter.

Ghana Ali recently addressed all the gossip about her being a homewrecker on social media. She’s been the subject of harsh criticism since she tied the knot in May 2021. Soon she welcomed her first child with husband Umair Gulzar.

This led to the hate being extended from just the Saya-e-Dewar Bhi Nahi actress, her marriage and husband, to her daughter too.

Now the Besharam actress shared her experience with cyberbullying, online hate, and internet trolls in a recent interview. She shared how it all traumatized her.

“People wrote a lot of things, they cursed me, they even cursed my daughter. So, I think I was very hurt during that time and it was a traumatising situation for me because she’s just a baby. She doesn’t know anything.”

Ghana Ali addressed the online hate and the circumstances surrounding the dissolution of her husband’s previous marriage. She praised her husband for supporting her.

“So to quite an extent, what was happening mainly was fabricated just to trigger my husband, … But he was, you know, smarter than me. He told me not to talk about it; that it’s okay, don’t reply.”

ALSO READ
Ghana Ali: ‘I Have No Regrets Marrying a Married Man’

The Sangdil actress also broke her silence about her husband’s first marriage. She stated that people blew things out of proportion and made a spectacle out of her marriage.

“First of all, I was told that his first wife doesn’t know anything. This is impossible. Otherwise, we wouldn’t have announced anything. Obviously, everyone knew everything, … Now they’re not together; they’re separated.”

However, now the Rangreza actress has learned to not let cyberbullying affect her.