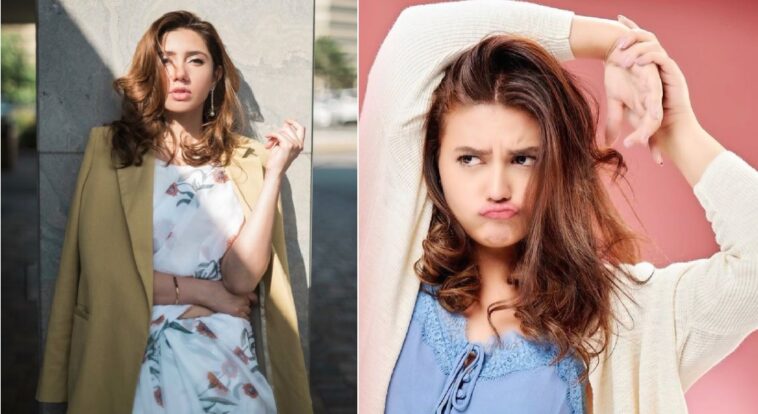 Popular online information hub, Wikipedia and Google, believe Pakistani actress Mahira Khan is the mother of Zara Noor Abbas. People on social media can’t help but laugh at the ridiculousness of this assumption. 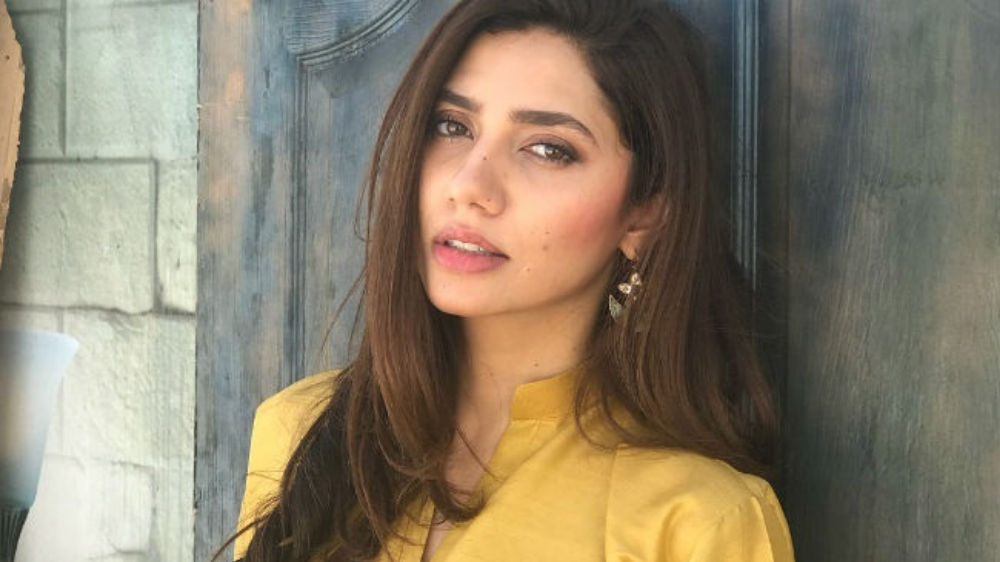 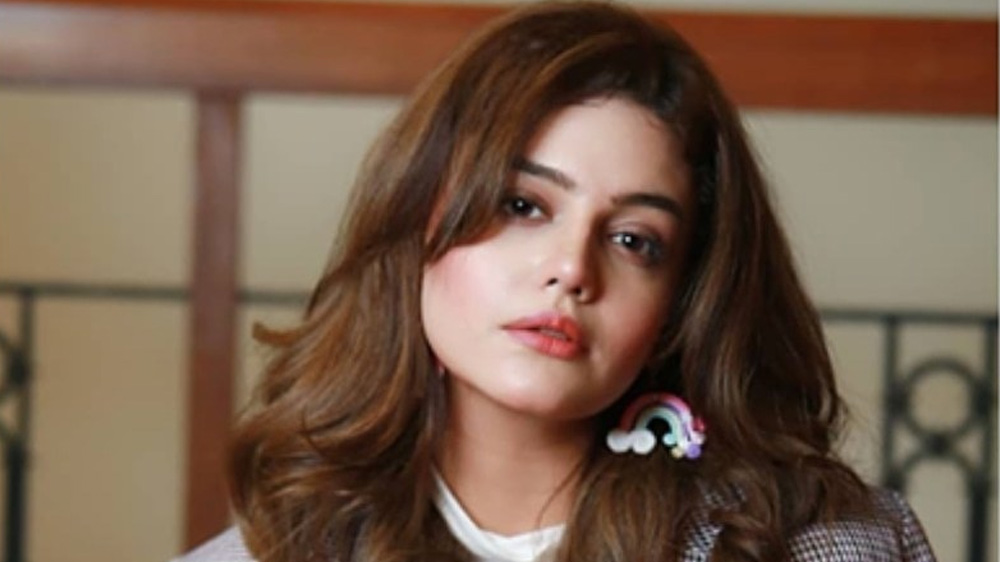 Google and Wikipedia are popular for being an authentic source of information. However, ‘authentic’ is a bit too generous. Websites like Wikipedia are updated by volunteers all around the world. While some people do their best to provide new and factual information, others tend to troll users with false details.

It first confused young viral sensation Ahmed Shah as an ancient ruler of Gujrat, and then listed Turkish star Esra Bilgiç as actor and host Yasir Hussain’s mother! (Though we have to admit, that is hilarious) 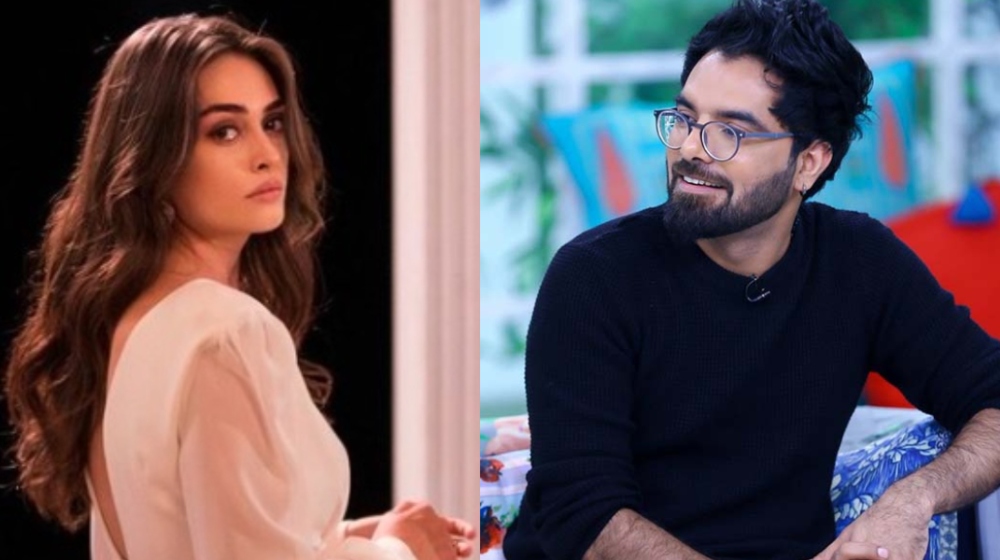 Recently, it is Mahira Khan and fellow actress Zara Noor Abbas who got trolled on social media. Google listed the Humsafar star as Zara’s mother. When in reality, the Khamoshi star is the daughter of veteran actress Asma Abbas and niece to Pakistani star Bushra Ansari.

On the other hand, Mahira Khan is one of the biggest stars in the showbiz industry. Apparently, someone thought that the two look similar, hence, they are mother and daughter. (Yikes!) 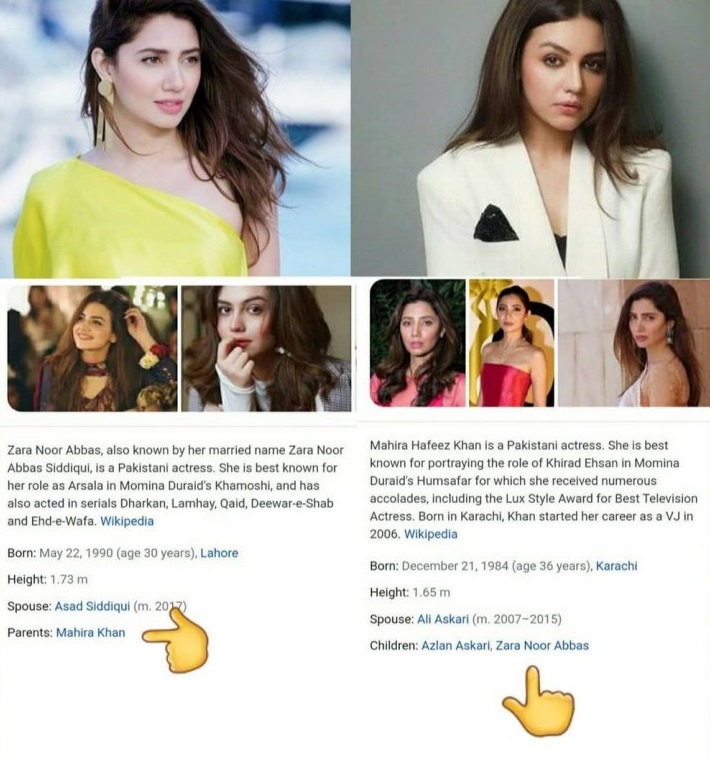 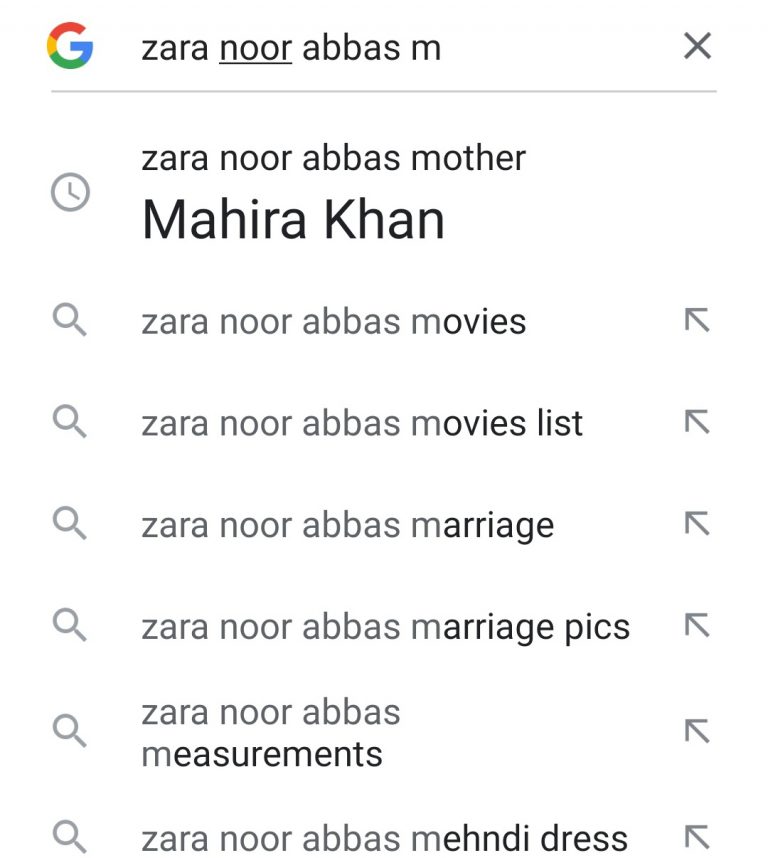 All humor aside, Google and Wikipedia will need to look into the information that is provided on the website. These will help to eradicate this random updating system so that any such wrong information will not be posted by anyone. For now, Wikipedia and Google have fixed the information for both Mahira Khan and Zara Noor Abbas. 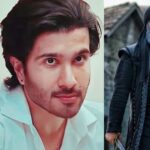 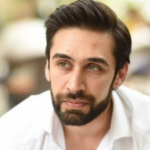