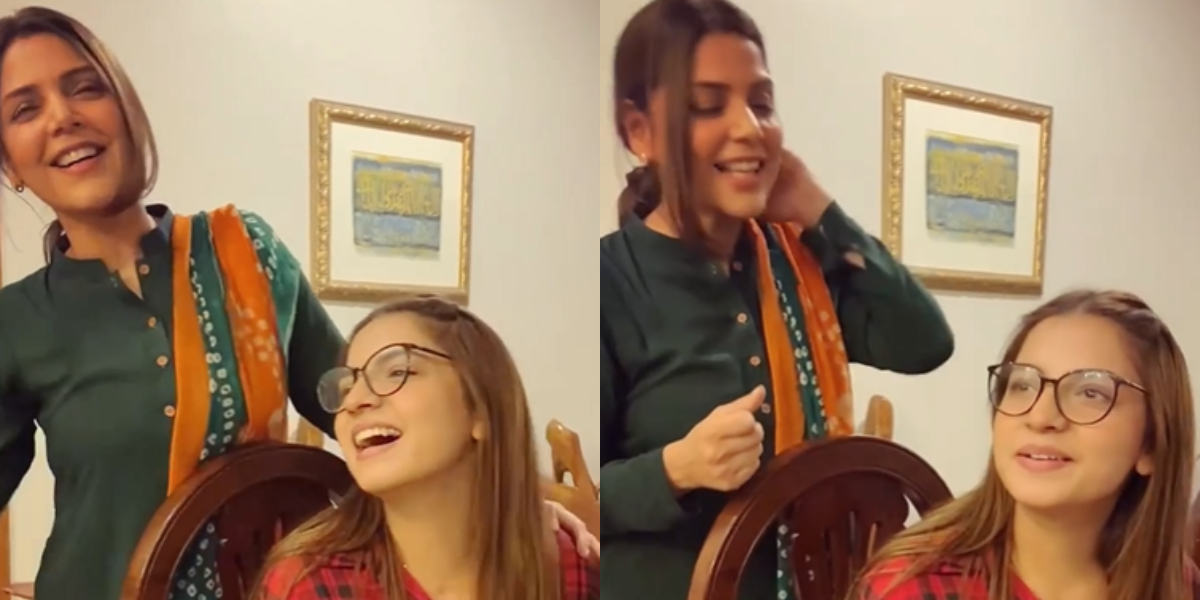 Hadiqa Kiani made waves with her singing back in the 90s and now she’s doing the same on the acting front. While she has blown us away with her debut project alone, we still love hearing her sing.

The Raqeeb Se actress recently hit us with a wave of nostalgia as she sang her Pashtu track Janaan. Social media influencer Dananeer Mobeen joined her as they crooned the slow track. The Sinf-e-Aahan actress posted the video of the chill musical session.

She captioned the video;

“Grew up listening to this song and had the honour of singing it along with @hadiqakianiofficial today! Jaanan.”

While the ‘pawry girl’ can’t compete with Irfan Khan, she did try her best. She even had the honor of singing Jaanan with half the legendary duo behind the mid-2000s anthem.

Fans definitely enjoyed the vibe listening to the two women singing a Pashto song together and hitting the right notes. Despite identifying as ethnic Punjabi. Hadiqa Kiani has sung tracks in the most regional languages of Pakistan.

From the more obvious ones like Pashtu and Sindhi to less spoken languages like Persian. However, her works like Janaan and Saraiki single Kamlee Da Dhola really made waves.