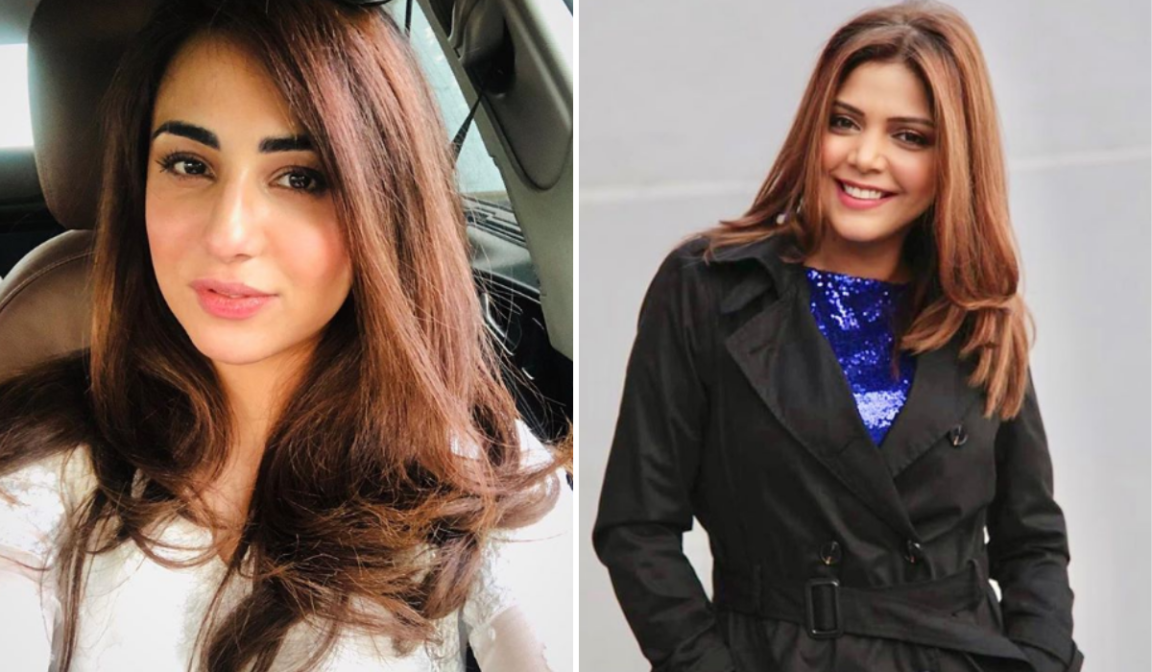 Pakistani actress Ushna Shah got herself schooled on social media when she ‘nonchalantly’ dismissed one of the country’s most successful and iconic singers, Hadiqa Kiyani.

Recently, the actress took to Twitter to state how Quratulain Baloch and Aima Baig are the “only credible female vocalists” in our music industry. When a fan mentioned Hadiqa, Ushna dismissed the suggestion with a very unenthusiastic “Ehn”.

Suffice to say, the actress seems to find herself in murky waters again as Hadiqa Kiyani decided to school the young actress about some of the best female singers of our industry. 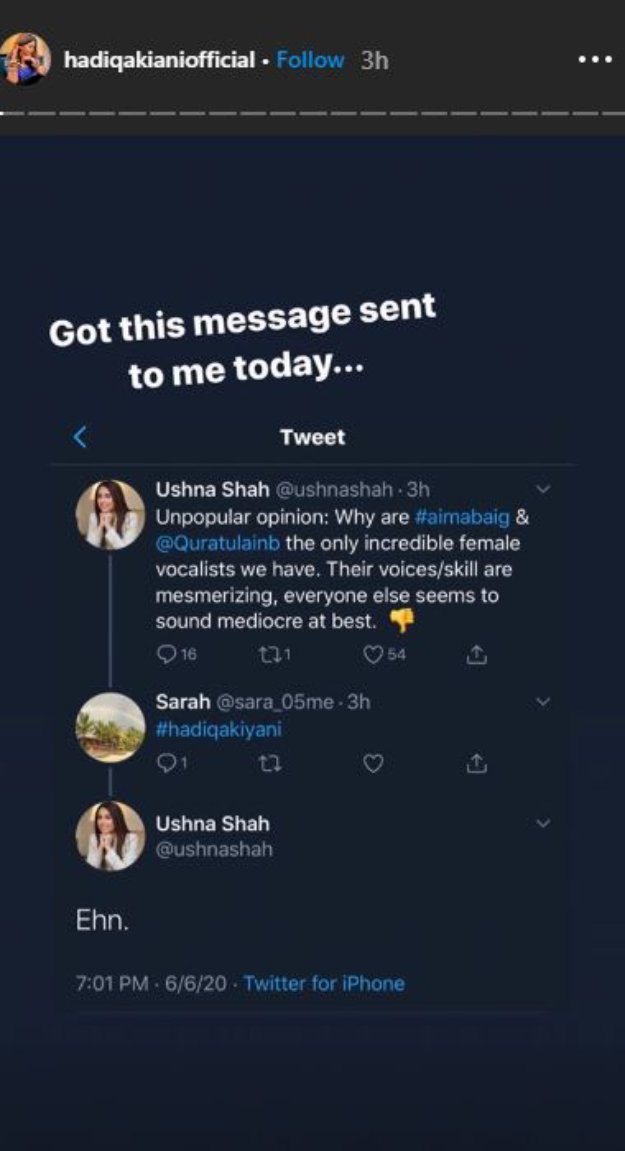 That tweet, however since deleted, was sent to Hadiqa and she took it upon herself to list down all the powerful female singers we have in our industry, and because, “women need to support women!” 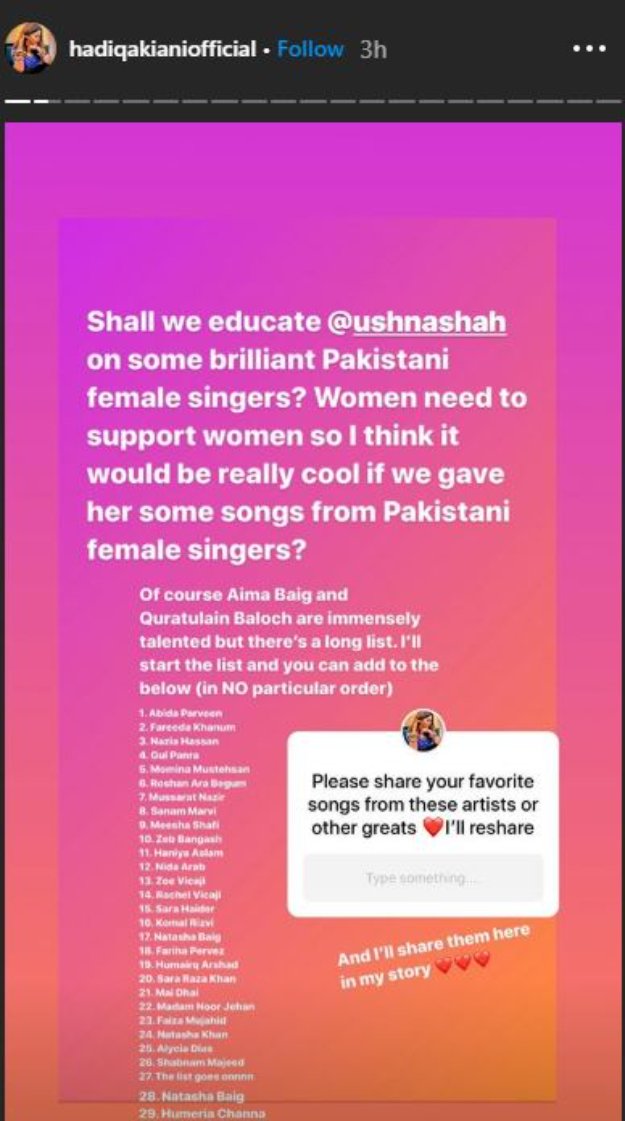 Her fans and followers did not disappoint as they list down a number of VERY credible female singers we have today, from Abida Parveen, Madam Noor Jehan, Farida Khanum, Nazia Hassan and Sanam Marvi to Meesha Shafi, Zoe and Rachel Viccaji, Natasha Baig and Mai Dhai etc. 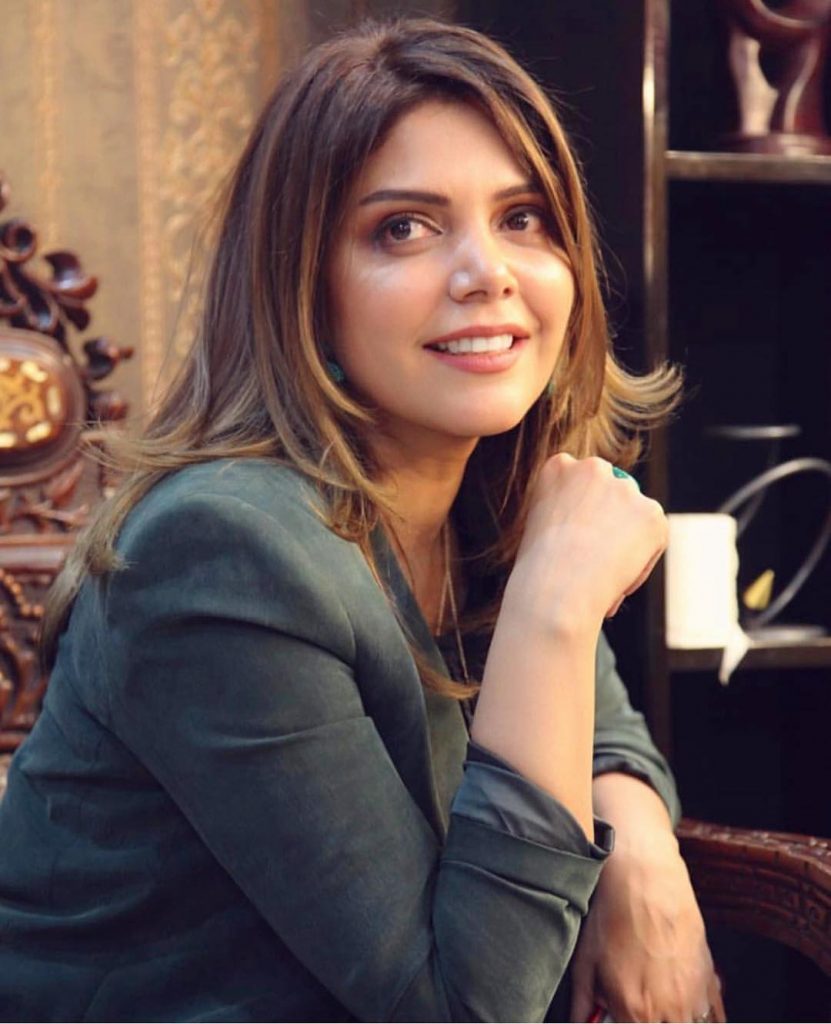 Props to Hadiqa for taking it upon herself to ‘educate’ ignorant youngsters that fail to acknowledge some of these renowned artists. Let’s hope Ushna learns her lesson and does not find herself in another ‘foot-in-the-mouth’ situation again.

What other credible female singer do you think should be on the list? Share your answers in the comments below.