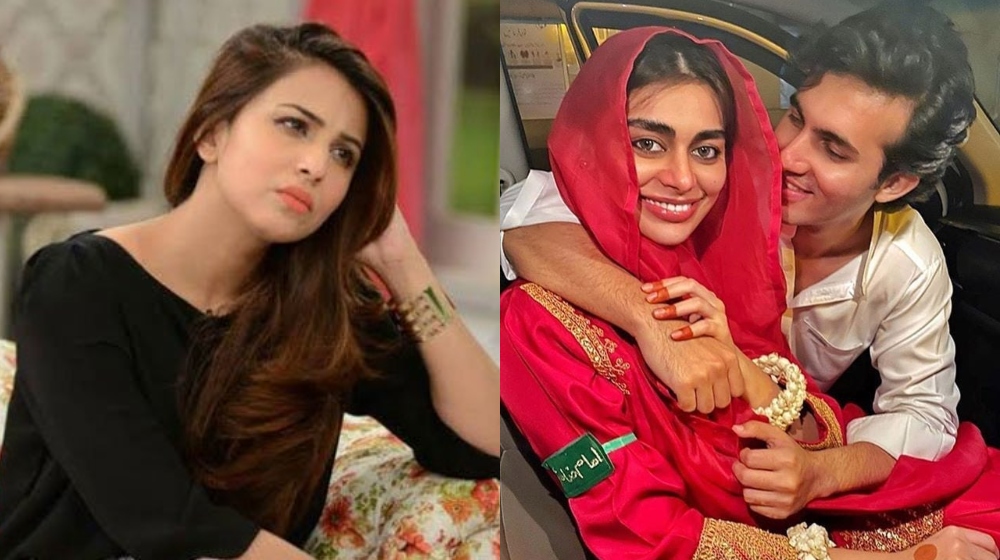 After Feroze Khan, Sadaf Kanwal’s gal-pal Ushna Shah is stepping up to defend Shahroze Sabzwari and Sadaf amid the backlash surrounding their marriage.

Trolling the father of her child was not a service to an ex wife. What good did bullying the wife & reducing the husband to make videos defending his personal matter do? It belittled our industry. Imagine the toll this took on 3 families, that too during a pandemic. Shame!

We all know that in times like now, with the lockdown and a tanking economy, all industries are suffering. Public dislike towards any celebrity does affect the work they receive and how much they are paid. How is that the public’s fault?

Also bcz its about “ur industry” doesnt mean u shouldnt b criticize 4 doing sumthng wrong(not saying it in the context of Syra or the other party, saying it in general)if u do not want ppl to come at u simply stay private… when u post something 4 public b ready 4 reactions

That’s when netizens reminded the Alif Allah Aur Insan actress that she may not be the best person to be handing out advice on how to treat workers.

In another line of defense, the Balaa actress argued that this controversy wasn’t helping Syra Shahroze. Pakistan’s sweetheart enjoys a great rapport with the public and this incident just increased our respect for her. Where’s the loss?

“Trolling the father of her child was not a service to an ex-wife. What good did bullying the wife & reducing the husband to make videos defending his personal matter do?”

I love Syra, rest I know nothing….

Yes imagine the toll it took to the family, wife and naive daughter because of one homewrecker which btw you are defending. Shame!!

There has been massive backlash surrounding Shahroze Sabzwari and Sadaf Kanwal’s marriage shortly after his divorce with Syra Shahroze. With Pakistan’s sweetheart walking away from the marriage with grace and her head held high, the public is in Syra’s corner.

Previously when there were allegations of cheating against Shahroze and Sadaf, the Bisaat-e-Dil actor stated that he and Sadaf were just friends and she was like a sister to him.

This previous video, that Shahroze has deleted now, only added to the backlash. While the industry is holding its silence on the matter Feroze Khan came to their defense. He asked people to ‘just let them bloody be‘. 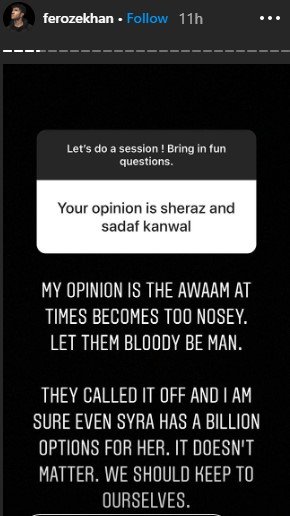 “At times when I read things about him I just want to tell everyone to shut up, I’ve worked with him he is very respectful.”