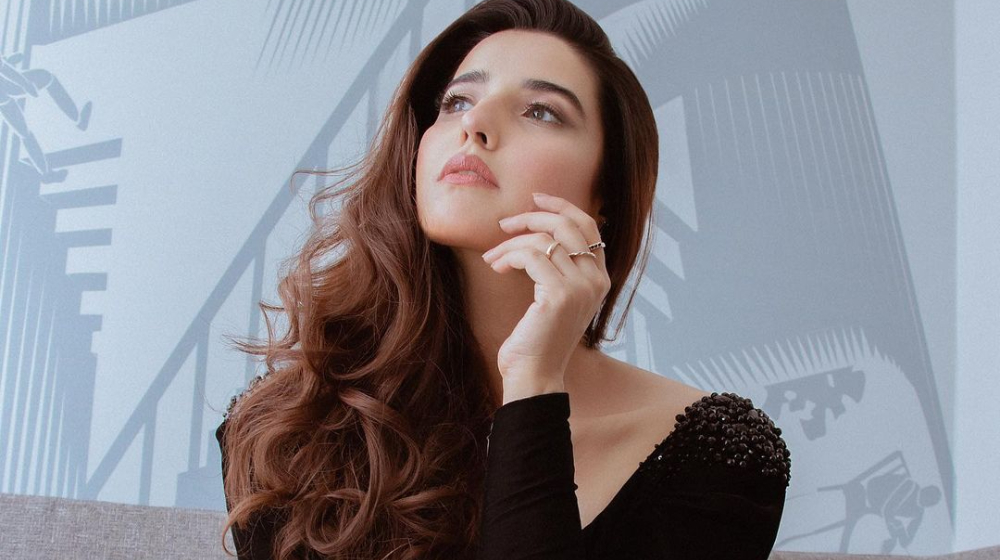 The stunning actress, Hareem Farooq, is a sight to behold in a black velvet maxi dress in her latest shoot and stunned her fans with her elegance and grace.

When it comes to fashion, Hareem tops the list. Take a look at her hot pictures: 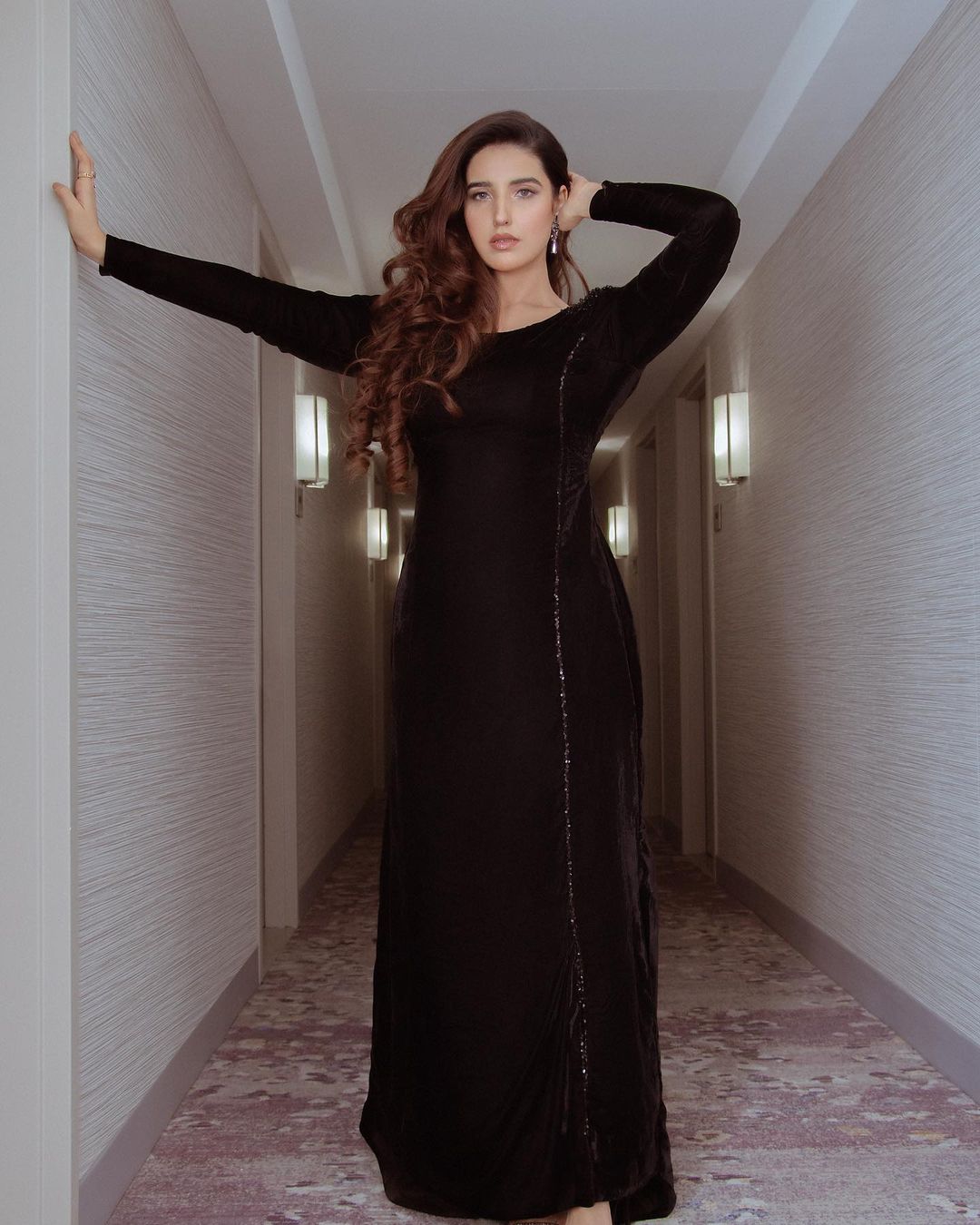 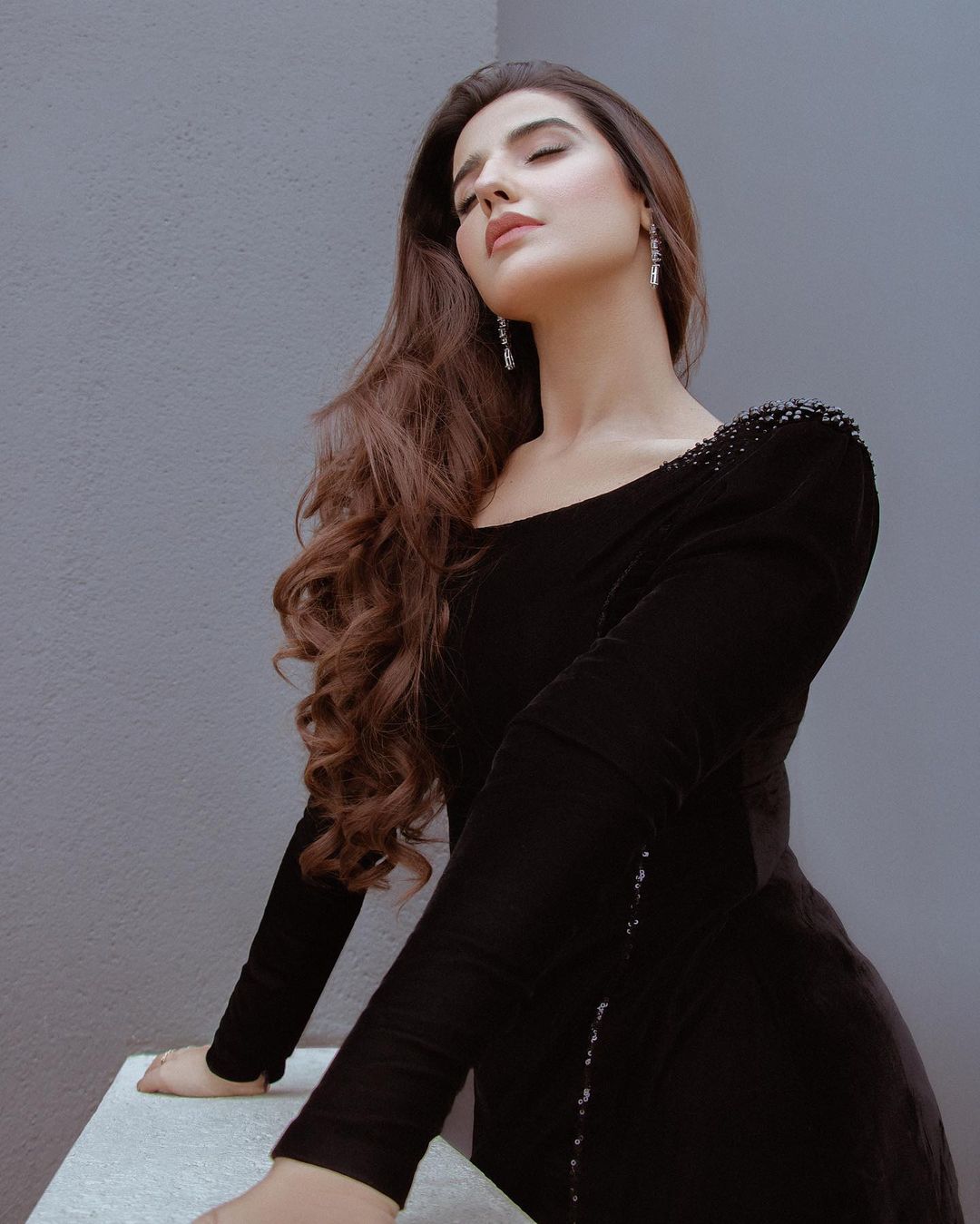 The maxi was embellished with black diamantes on the shoulders and Hareem Farooq opted for a subtle makeover with a nude lip. She wore her glossy, chocolate-brown hair in loose curls on one side, and looked like the belle of the ball.. 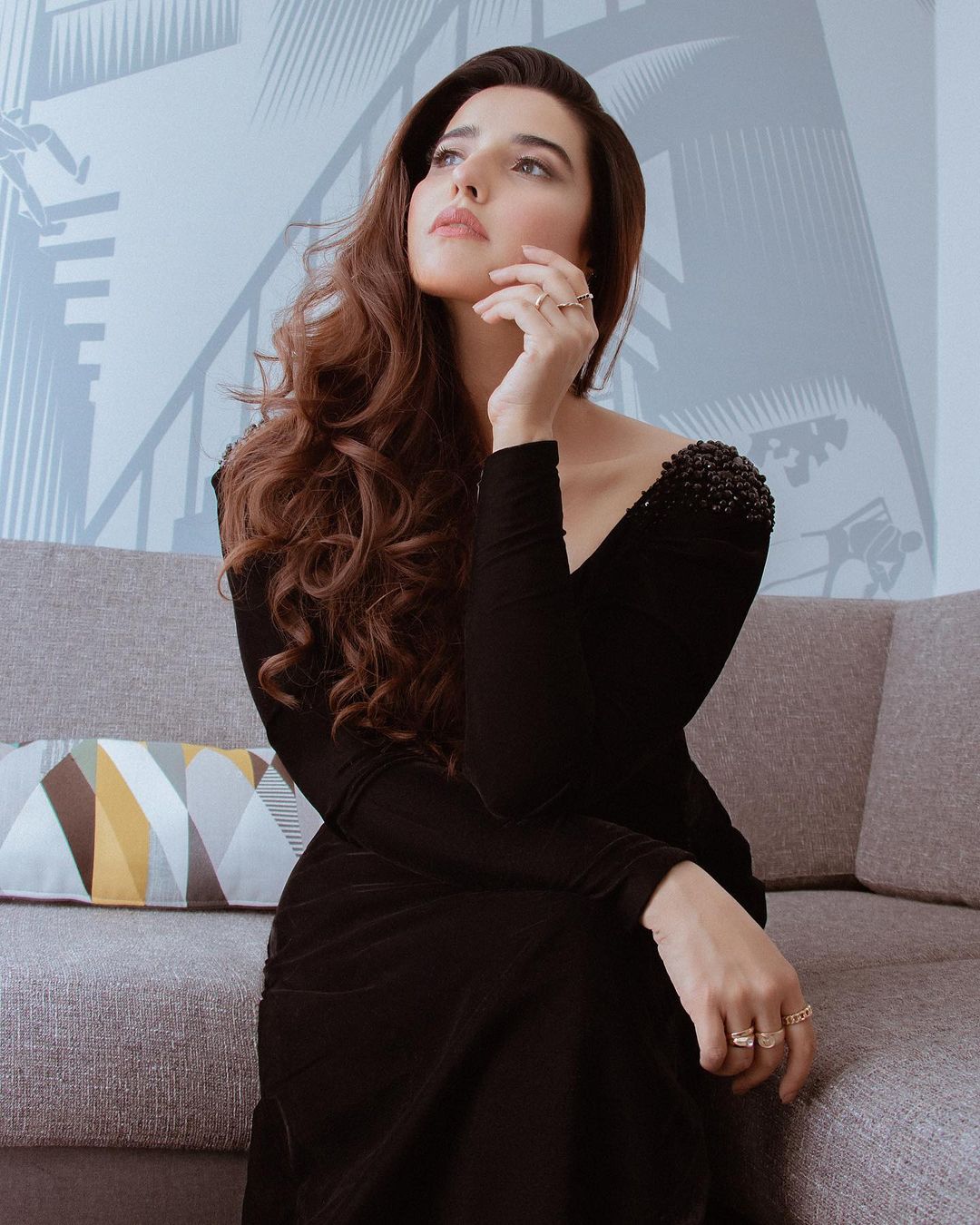 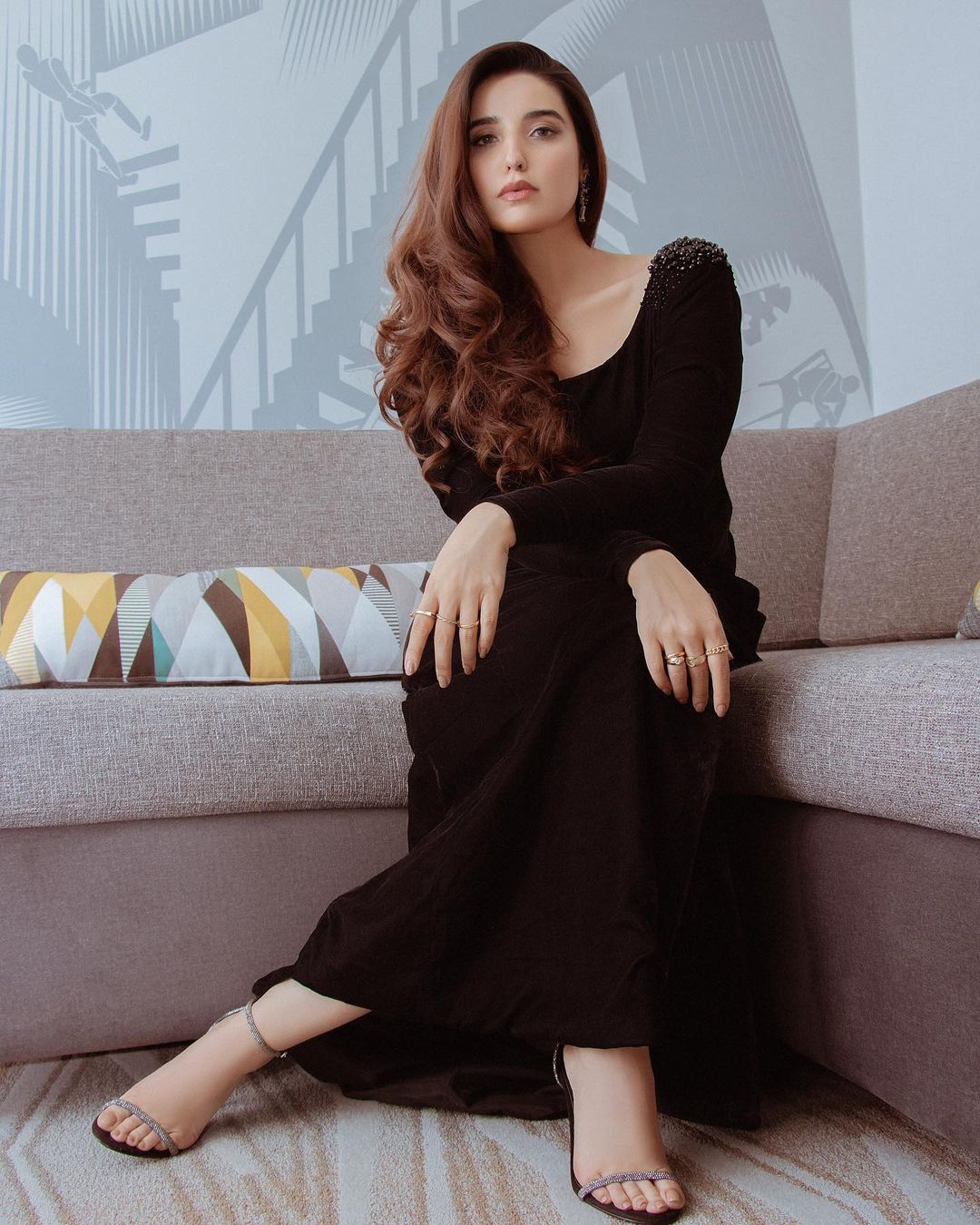 The Heer Maan Ja actress went for minimal jewelry with long earrings and a bunch of dainty gold rings. 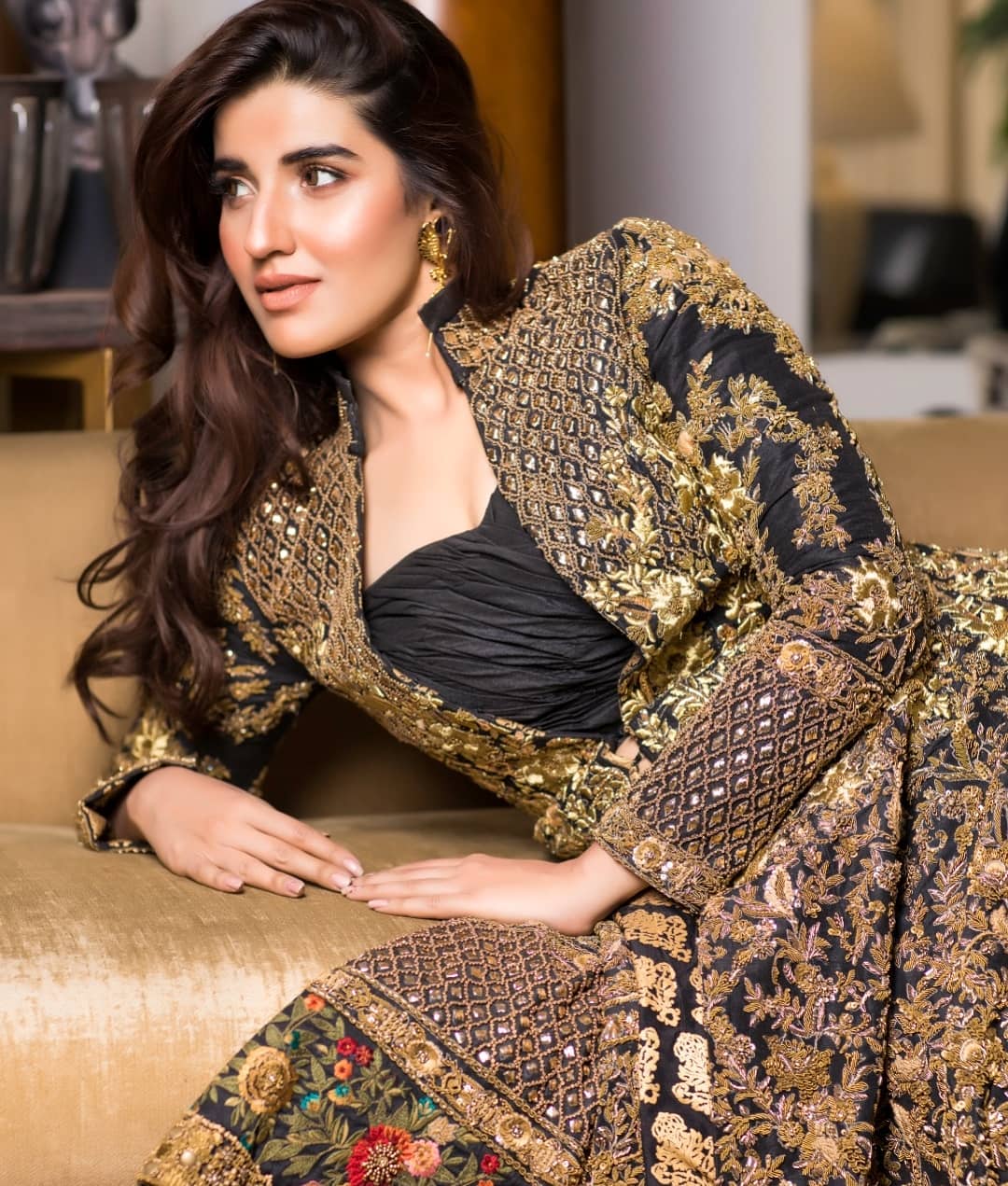 The beautiful and talented Hareem Farooq is a television and film actress, a film producer, and a model. She has also been showcasing her skills in theatre plays since 2012, and some of her notable performances are her lead role as Fatima Jinnah in Pawnay 14 August, and Aangan Terha.

After just a year of professional acting, she got her first big-screen break in the movie Siyaah which was followed by many hit TV shows and movies such as Parchi, Heer Maan Ja, Janaan, Diyar-e-Dil, and Sanam. 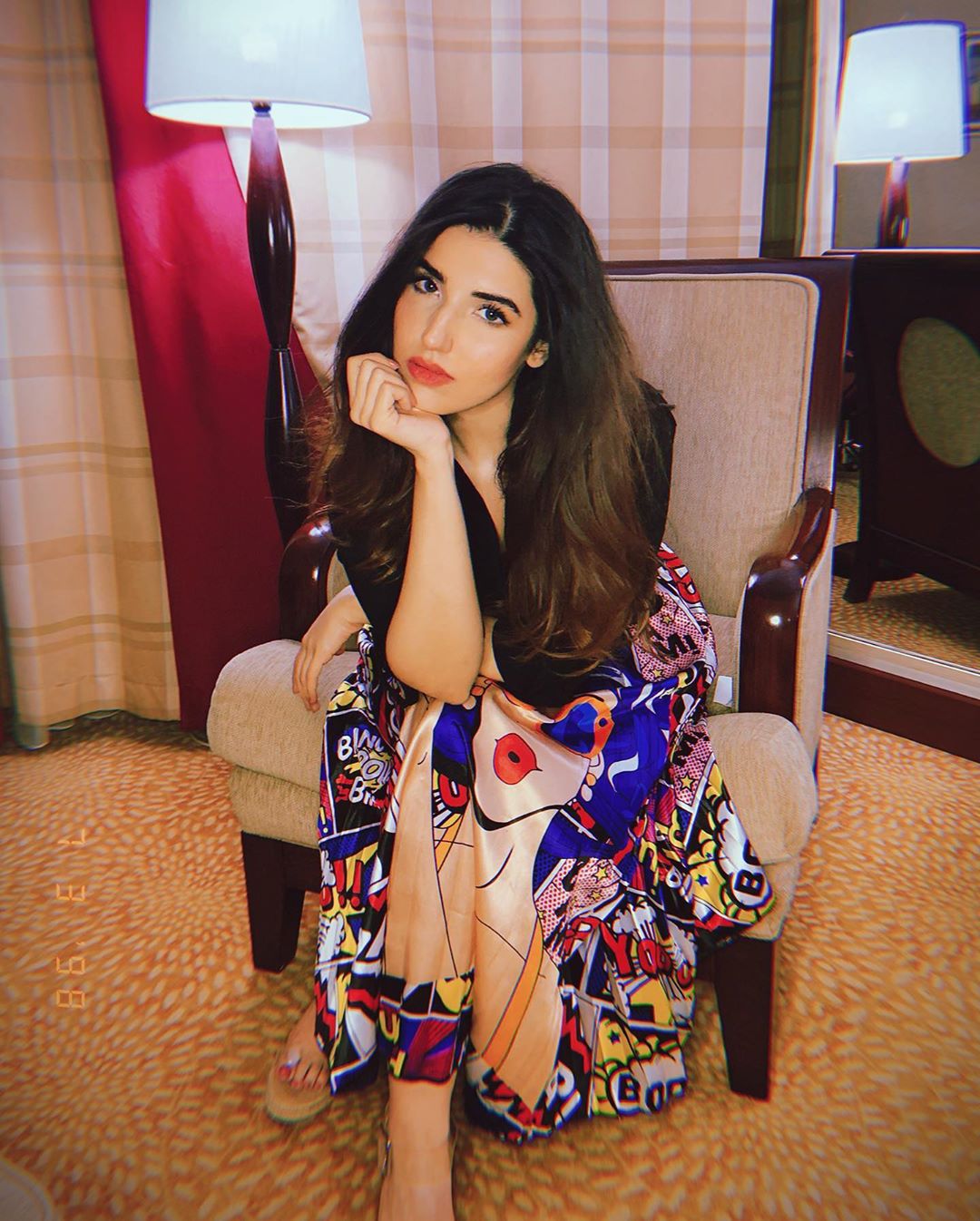 Even though we haven’t seen her on television in a while, her impeccable sartorial choices as well as her on-point styling manage to grab the attention of the viewers.