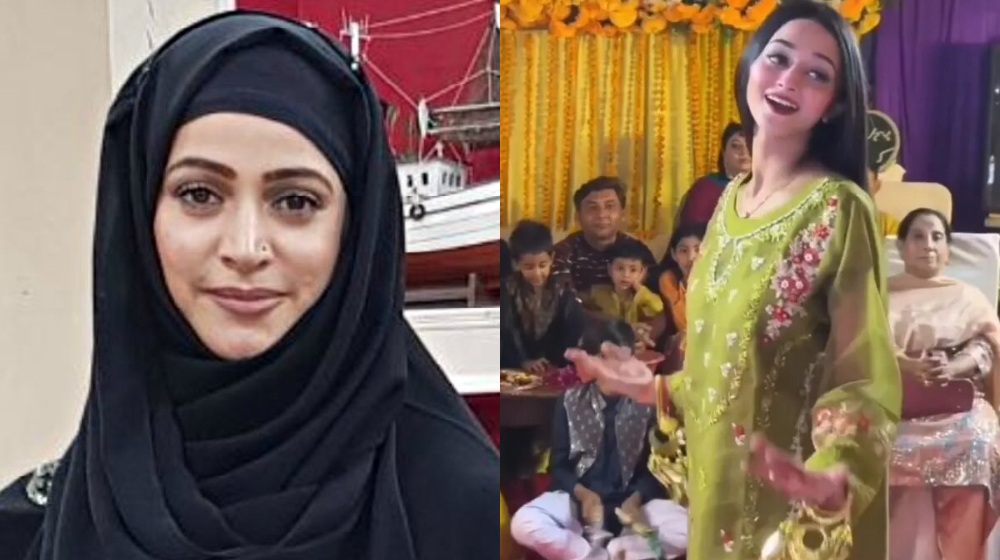 The viral song, Mera Dil Yeh Pukaray Aja, is getting all the attention on social media since a girl called Ayesh performed a mehndi dance to it last month. Many people are loving and have been recreating it. However, many others are becoming annoyed by this strange trend. They want the publicity for Ayesha to stop and are even questioning the need for the hyping up of other trends that people have worked hard to make unique.

Joining the bandwagon of all those people who are against this trend is our Lollywood former actress, Noor Bukhari. She also shared her annoyance with this song and weird recreations in a hilarious video about smashing a record, and captioned it, “Exactly my feelings”.

For the unversed, Ayesha went viral because of her freestyle dance to a remix of the classic song, Mera Dil Yeh Pukare Aaja, by the late Lata Mangeshkar. The internet went crazy over the video as the girl proves effortlessly that you don’t need an item or upbeat song to burn up the dancefloor.

The video of her dance from the wedding function posted on her social media have garnered over 15.7 million views till now. As the video went viral, many people attempted to recreate it and shared their version of that quirky dance from India and Pakistan. Including Bollywood’s Katrina Kaif and Madhuri Dixit.

Social media can be great but sometimes things get shared and turn viral in a way that seems inexplicable, and people become popular for no discernible reason.