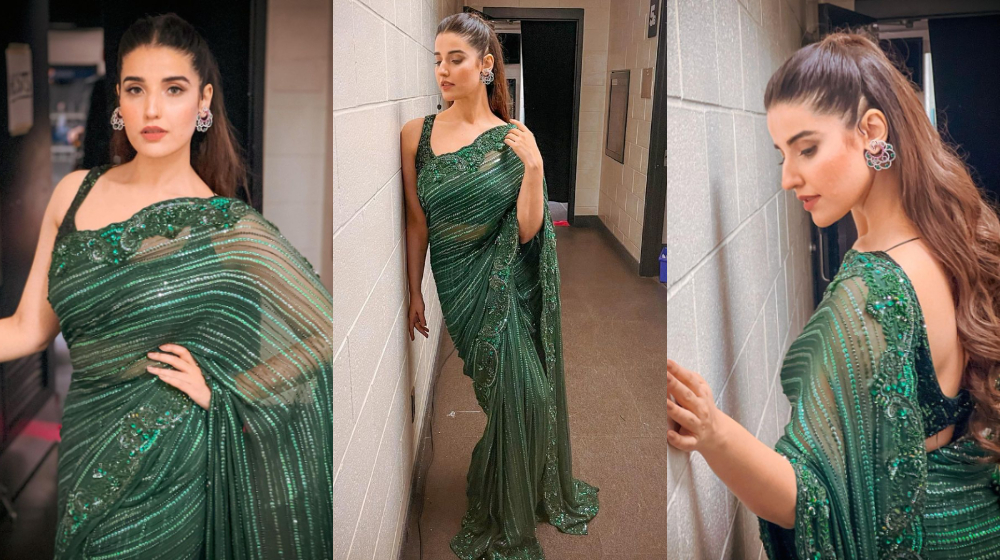 The talented actress Hareem Farooq recently blessed our social media feeds with some of her dazzling snaps from the 8th Hum Awards in Toronto, Canada. She looked jaw-dropping gorgeous in a heavily embellished bottle green sari by celebrated designer Nomi Ansari, and we just can’t take our eyes off of her!

The Heer Maan Ja star has always been eminent for her traditional looks that enhance her beauty and personality. She certainly knows how to carry herself in eastern dresses and these clicks prove it.

When everything is dull around you, wear green! 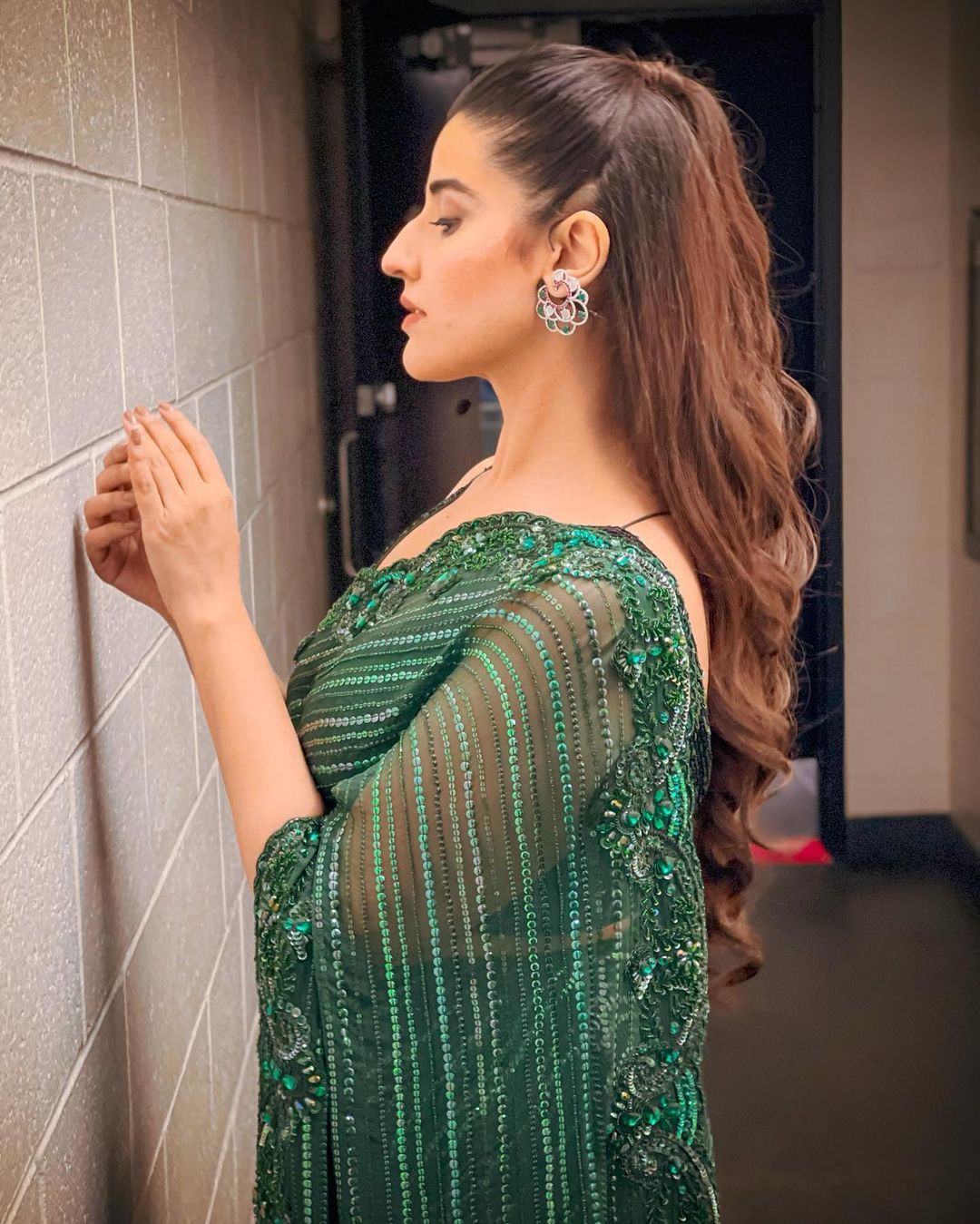 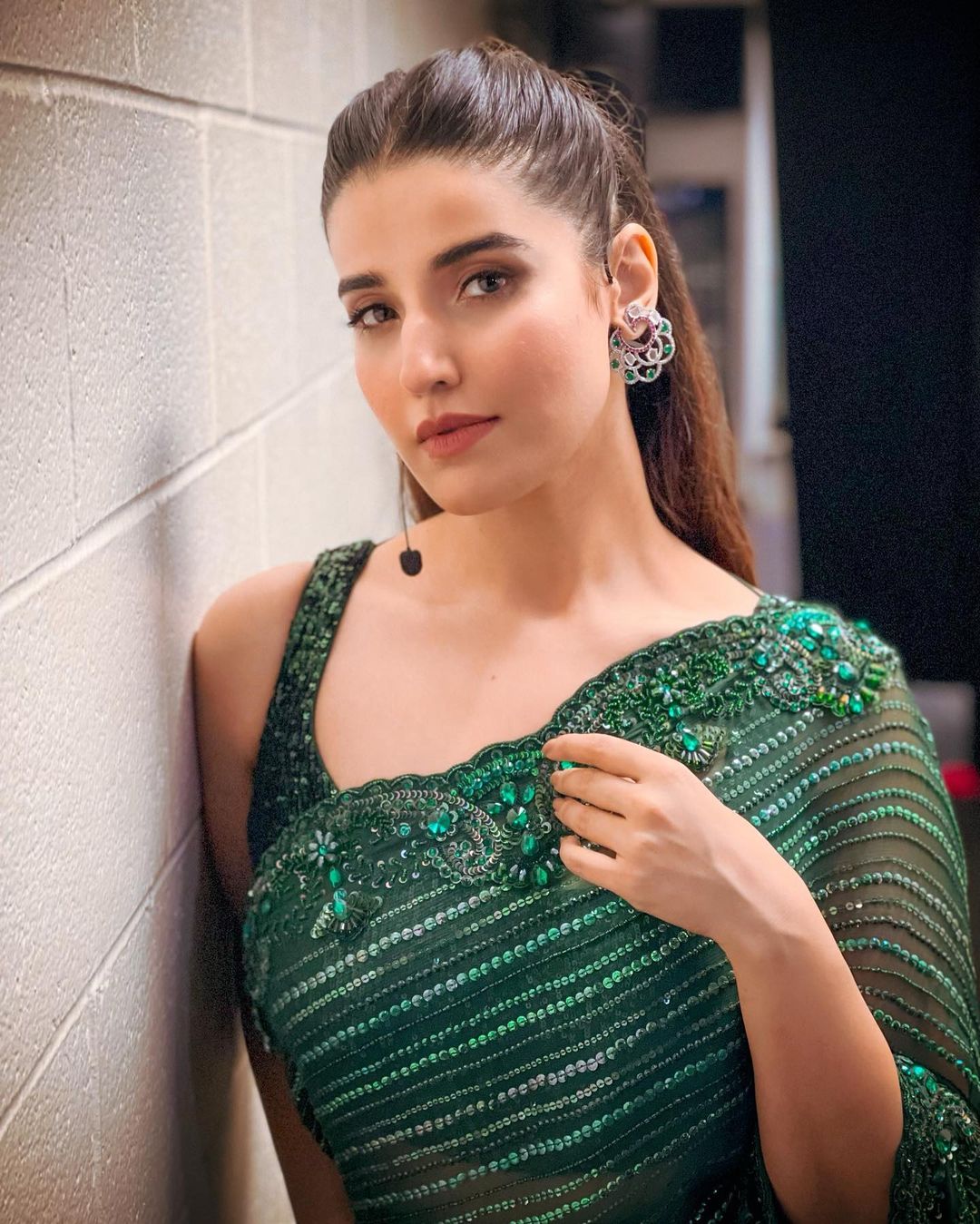 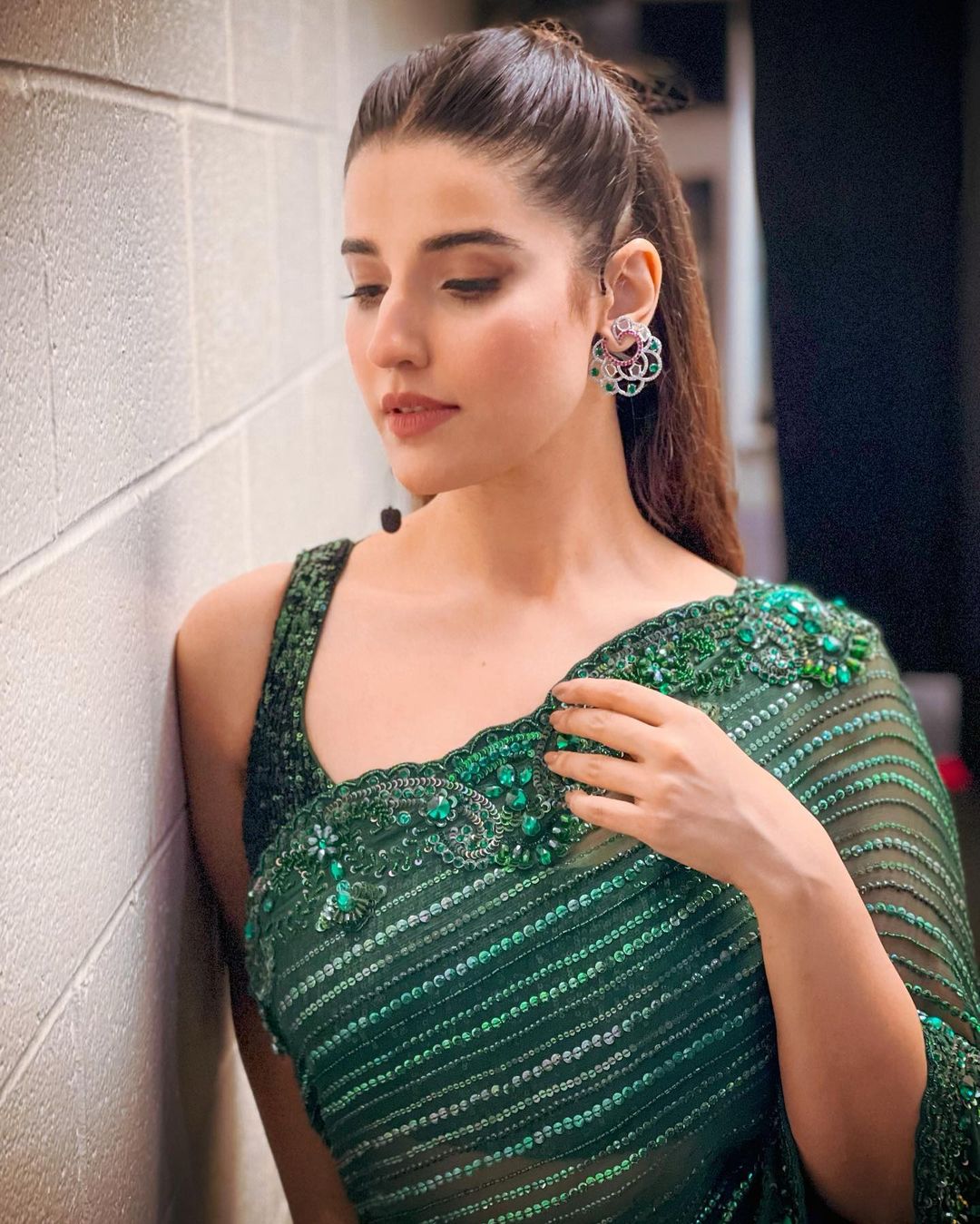 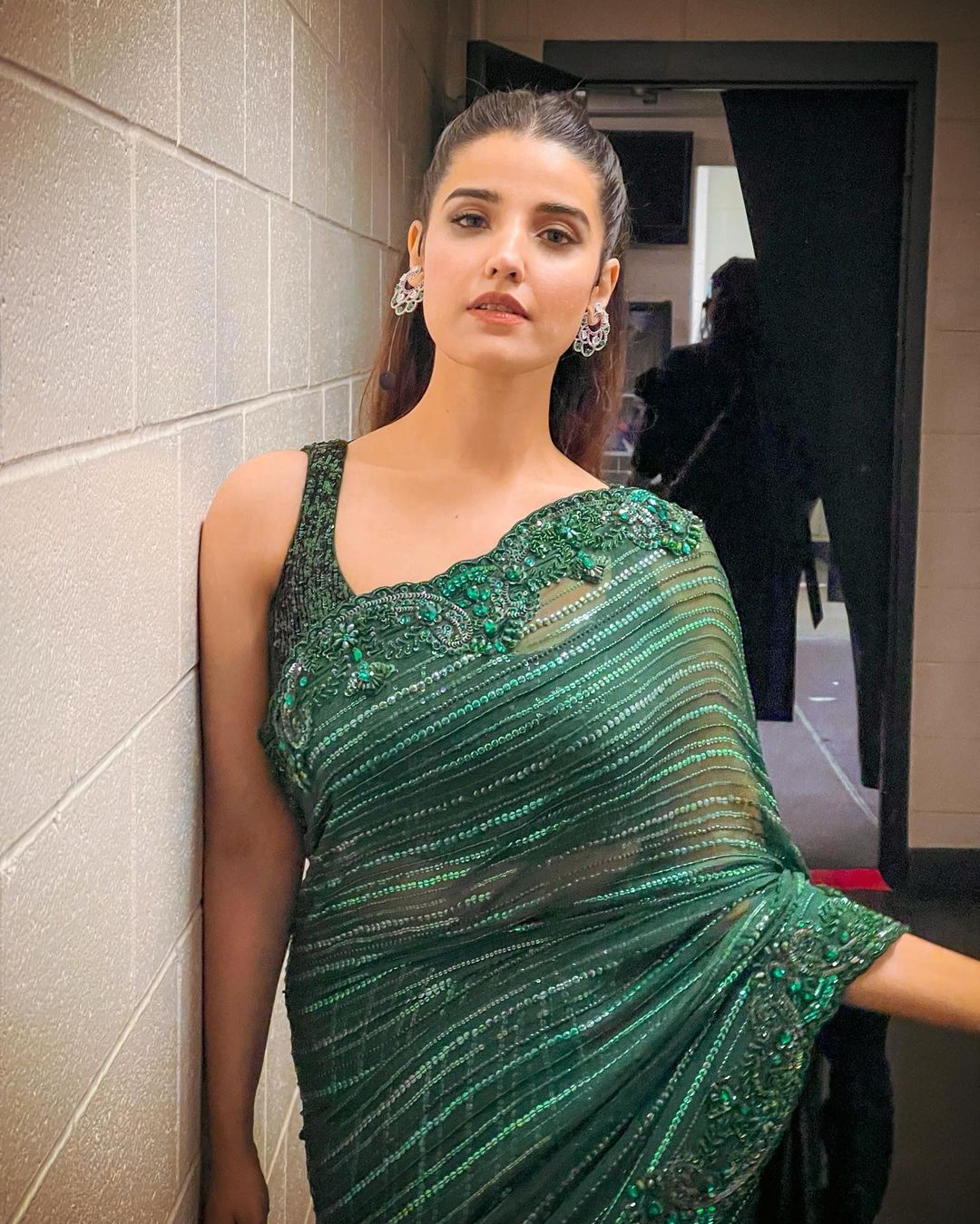 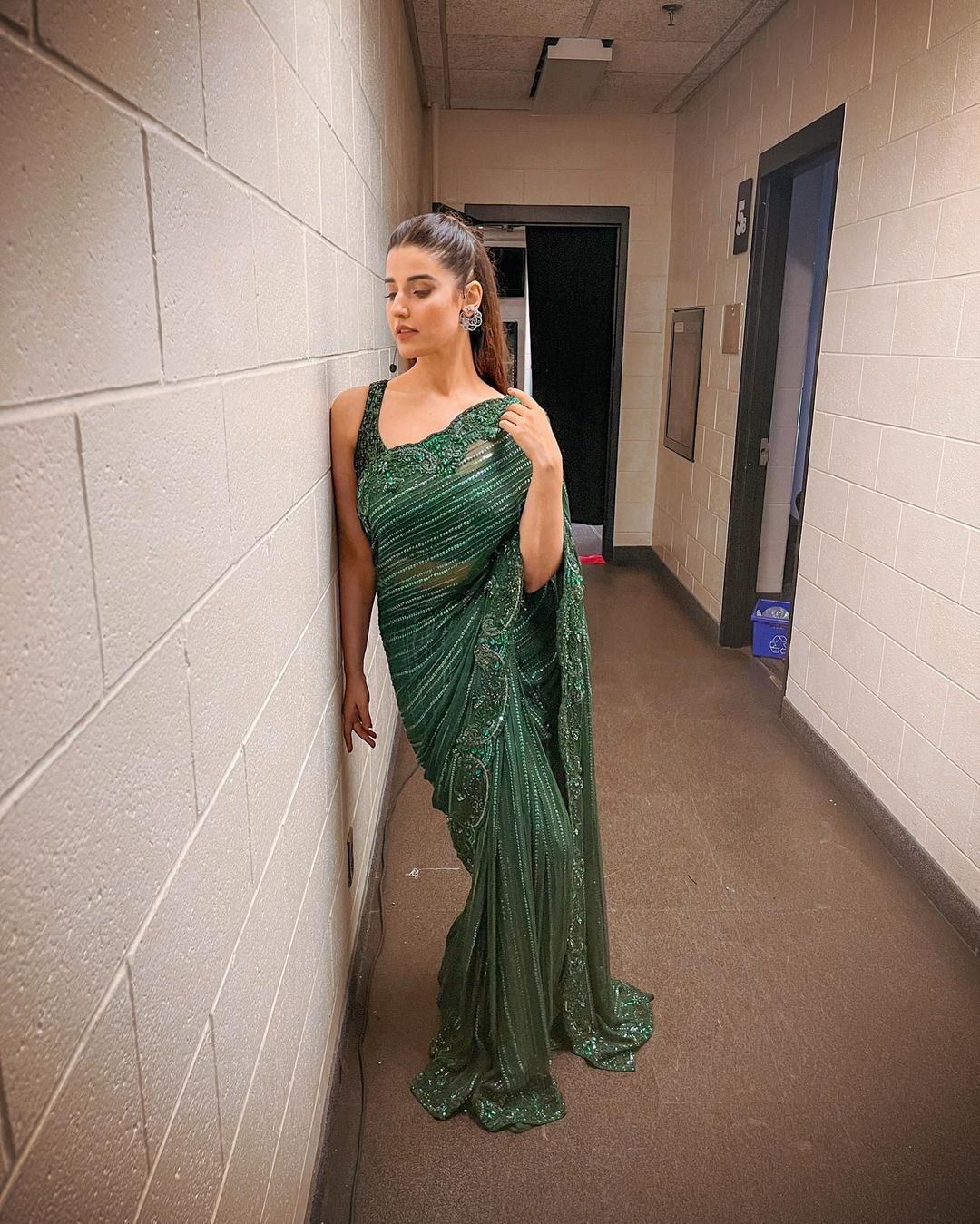 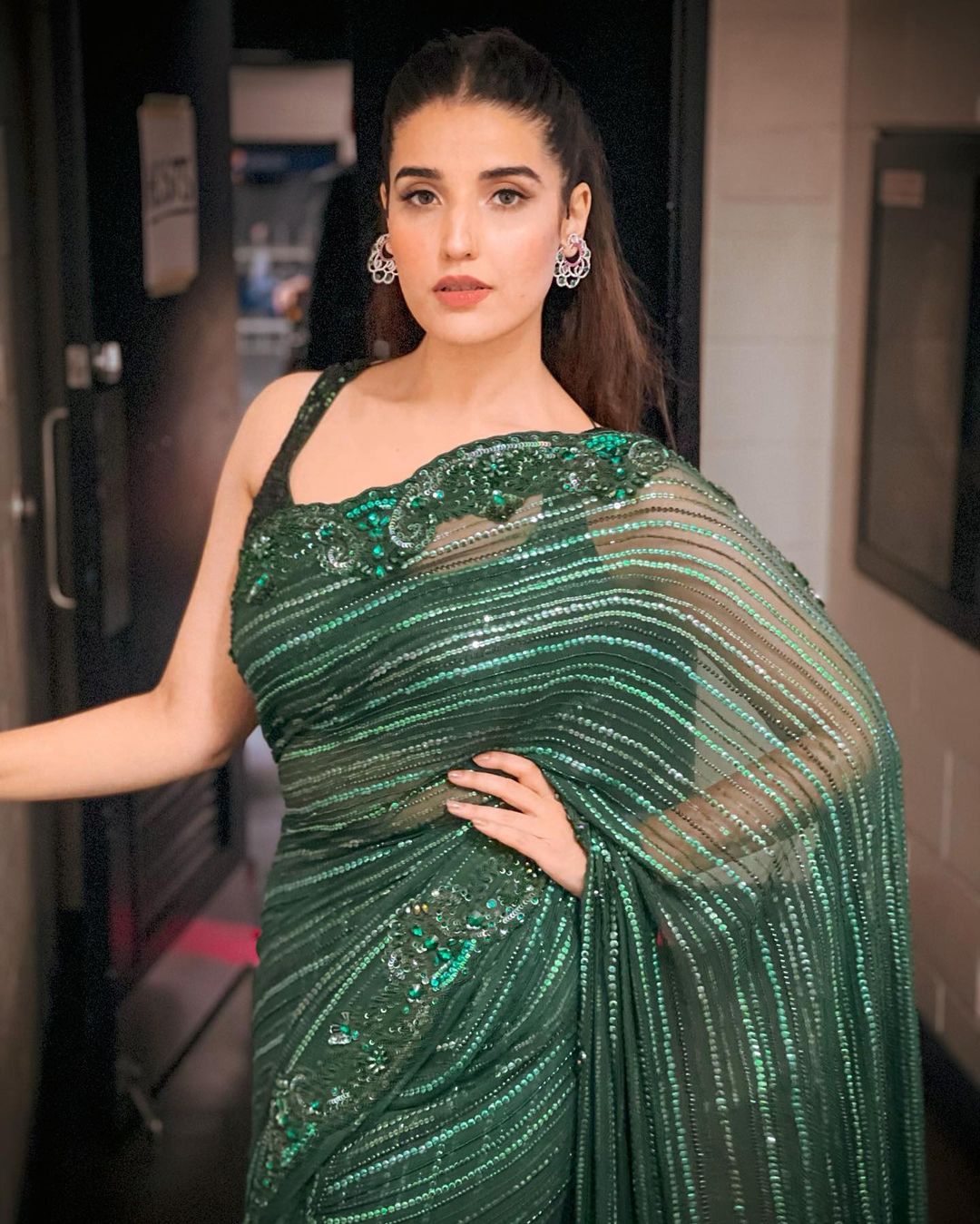 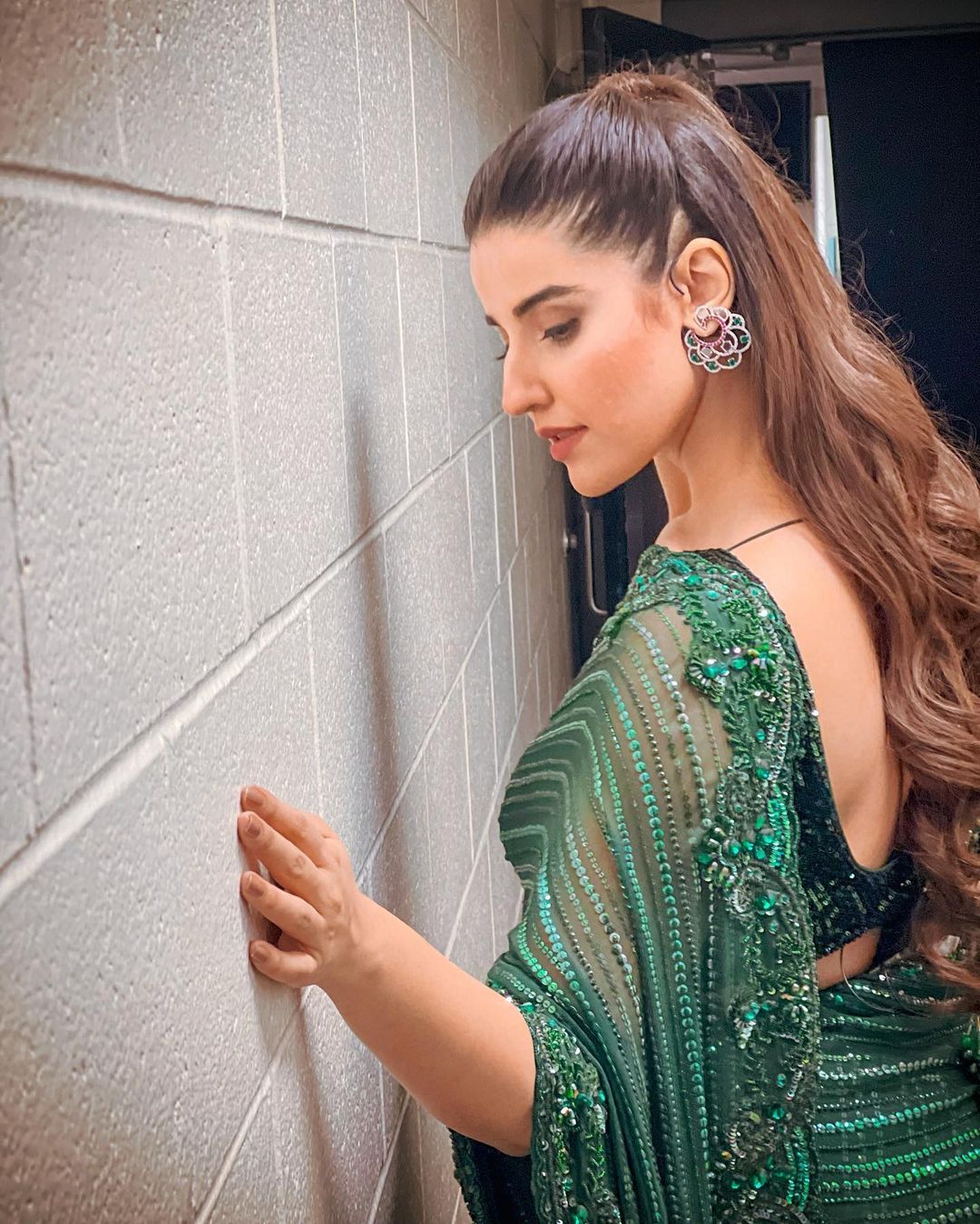 Subtle glam makeup by Deplix and statement earrings from Wasee by Farah completed Hareem Farooq’s hot and sophisticated look for a night full of glamor. 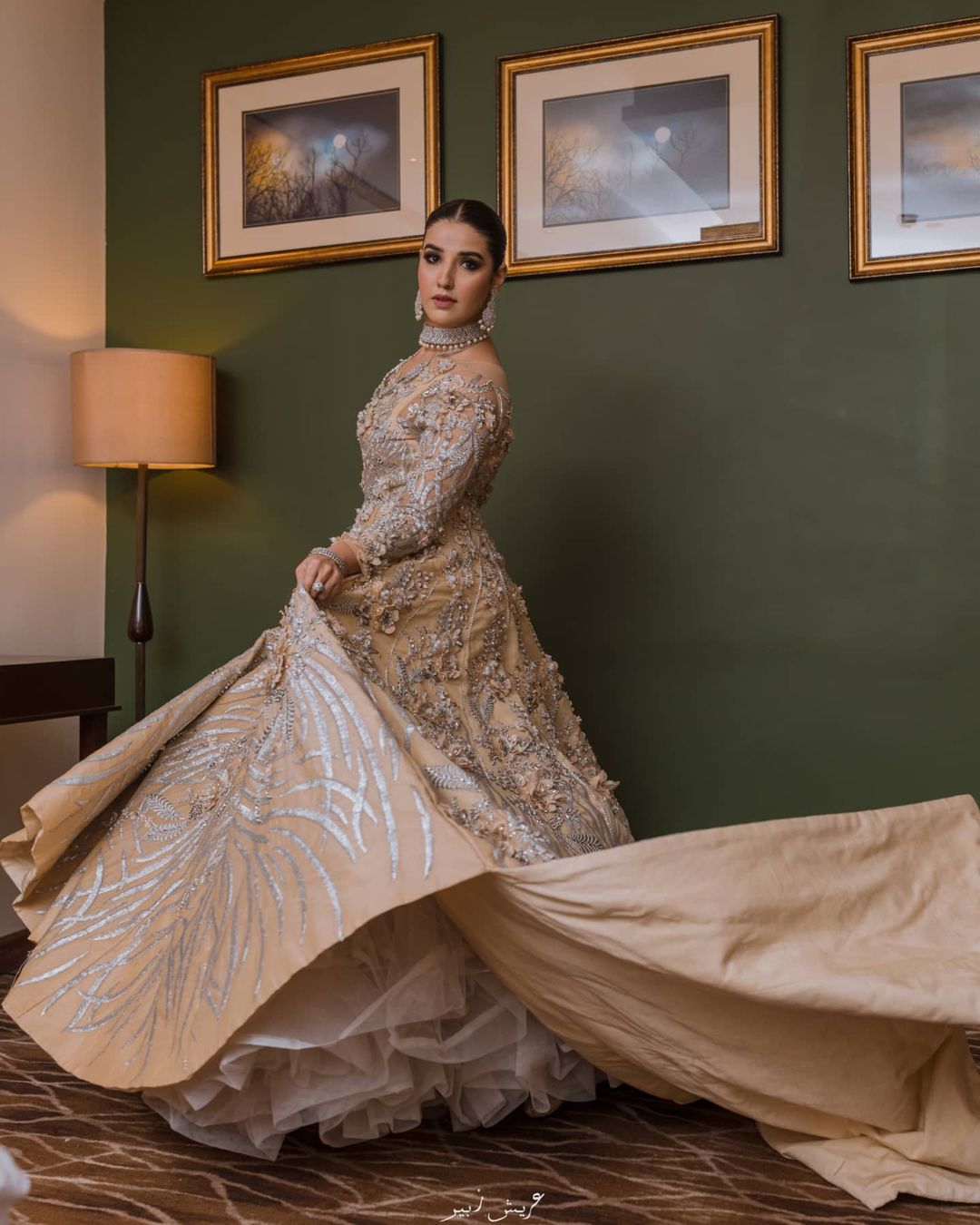 The beautiful and talented Hareem Farooq is a television and film actress, a film producer, and a model. The Diyar-e-Dil star hasalso  been showcasing her skills in theatre plays since 2012 besides which some of her notable performances are her lead role as Fatima Jinnah in Pawnay 14 August and Aangan Terha. 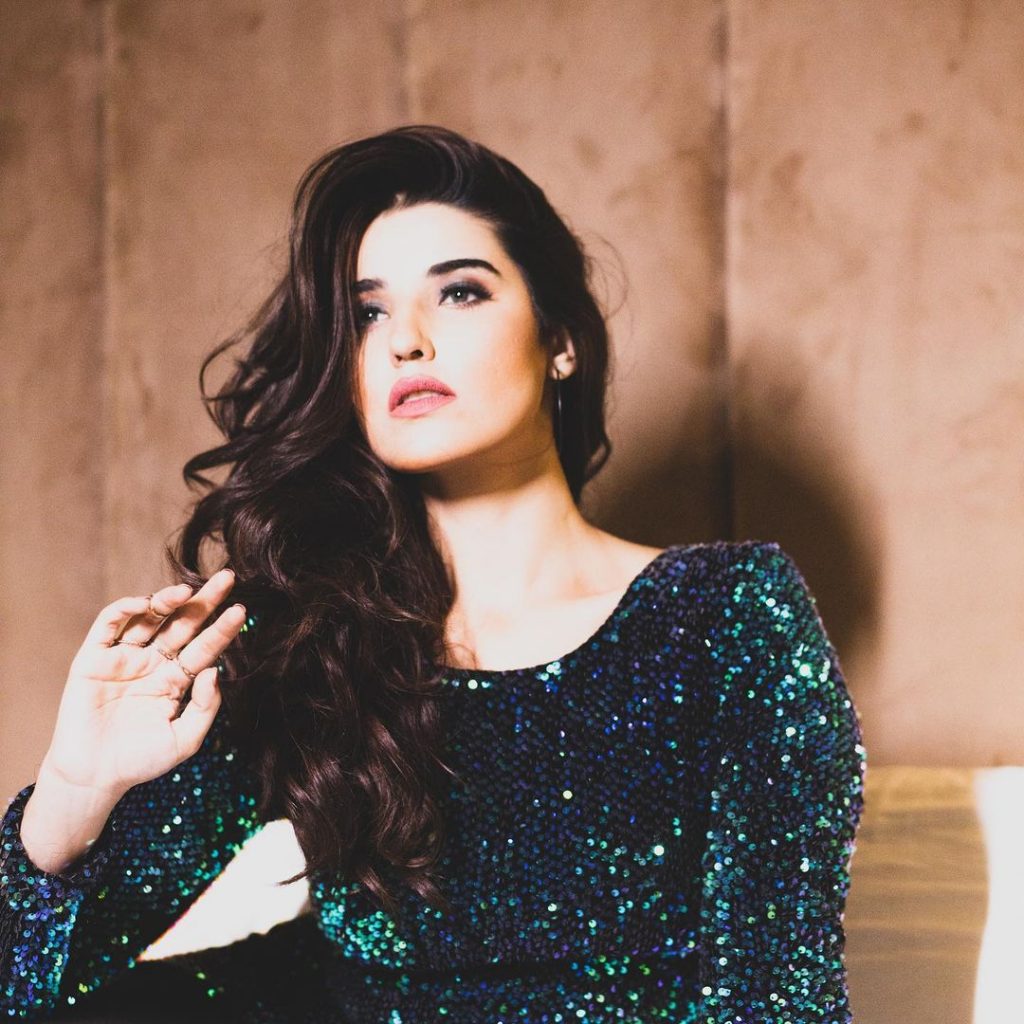 After just a year of professional acting, she got her first big-screen break in the movie Siyaah which was followed by many hit TV shows and movies such as Parchi, Heer Maan Ja, Janaan, Diyar-e-Dil, and Sanam.