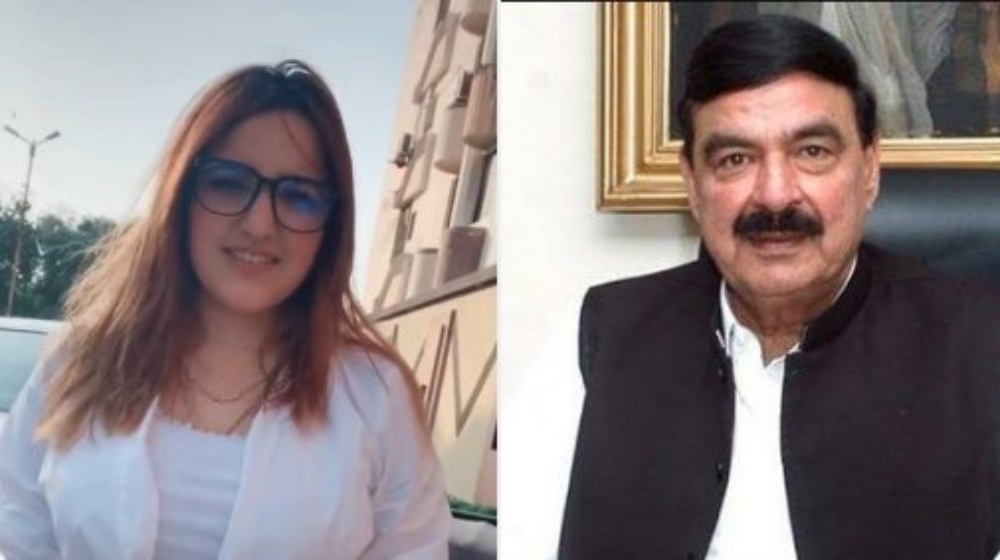 Pakistani TikToker Hareem Shah manages to get wrapped up in one controversy after another. Now she’s going after Sheikh Rasheed.

While Hareem Shah had previously denied having a Twitter account when she was embroiled in the Shaheen Afridi video leak scandal, she’s been pretty active on the platform as of late.

That’s not all, she then threatened to share an explicit video of Prime Minister Imran Khan. She later deleted the tweet but screenshots are forever (forget diamonds).

Sheikh Rasheed’s supporters are outraged and calling for action against Hareem Shah and the other woman heard giggling in the background of the video (any guesses who that is?).

⁦@PTIofficial⁩ ⁦@PTI_VF⁩ all pti members should come forward and officially condemn these girls and categorically say that they are not part of pti https://t.co/GYaqmsZyYN

Meanwhile, some people are condemning both.

One thing is clear. The public are not supporting Hareem Shah in this controversy.

While some people are taking this seriously, this video has become food for memes.

These Bilawal jokes are totally uncalled for though (not to mention sexist).

There’s plenty of disappointment going around.