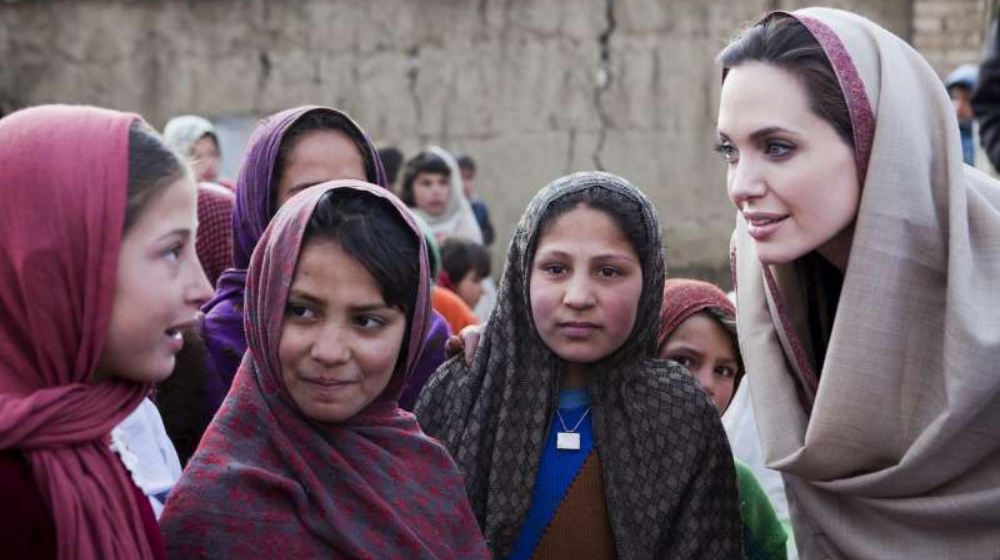 From actress to activist, Angelina Jolie has now become a contributing editor for Time magazine.

The Maleficent star will publish monthly articles for the magazine. Given that Angelina Jolie is a United Nations Special Envoy for the UN High Commission for Refugees, her articles will likely play draw in on her experience as an activist.

Jolie will be focusing ‘’primarily on displacement, conflict and human rights.’’

‘Refugees Should Be Treated With Dignity’

The UN goodwill ambassador has already penned her first article. The piece entitled ‘What We Owe Refugees‘, will mark World Refugee Day observed on June, 20th. Angelina Jolie stresses that refugees should be universally ‘’admired.’’

Angelina Jolie in Talks for Marvel Superhero Movie ‘The Eternals’

The Salt actress shared that the natural human response to warfare and conflict is to flee. While humans have a flight or fight response to threats, as a parent, our primary instinct is to get our children to safety.

‘’At the first sign of armed conflict or persecution, the natural human response is to try to take your children out of harm’s way.”

The UNHCR Special Envoy questioned why negativity has been associated with people who exhibit more bravery than your average person.

Threatened by bombs, mass rape or murder squads, people gather the little they can carry and seek safety. Refugees are people who’ve chosen to leave a conflict.

Angelina Jolie highlighted the struggles and horrors that refugees face and affirmed these are qualities to be admired not patronized.

‘’They pull themselves and their families through war, and often help rebuild their countries. These are qualities to be admired.”

She also doubled down on political campaigns and policy runs being won on an anti-refugee stance.

‘’Why then has the word refugee acquired such negative connotations in our times? Why are politicians being elected on promises to shut borders and turn back refugees?’’

Angelina Jolie then schooled the readers on the difference between migrants and refugees. Refugees migrate to escape war and conflict. Whereas migrants move for better prospects (like Margot Robbie moved to Hollywood from Australia).

She insisting that both deserve ‘’dignity and fair treatment.’’

‘’Today the distinction between refugees and migrants has been blurred and politicized. Refugees have been forced to flee their country because of persecution, war or violence.

Migrants have chosen to move, mainly to improve their lives. Some leaders deliberately use the terms refugee and migrant interchangeably, using hostile rhetoric that whips up fear against all outsiders.”

The UNCHR Special Envoy then highlighted how assisting refugees is not an option but rather an obligation under international law.

‘’Everyone deserves dignity and fair treatment, but we need to be clear about the distinction. Under international law it is not an option to assist refugees, it is an obligation.”