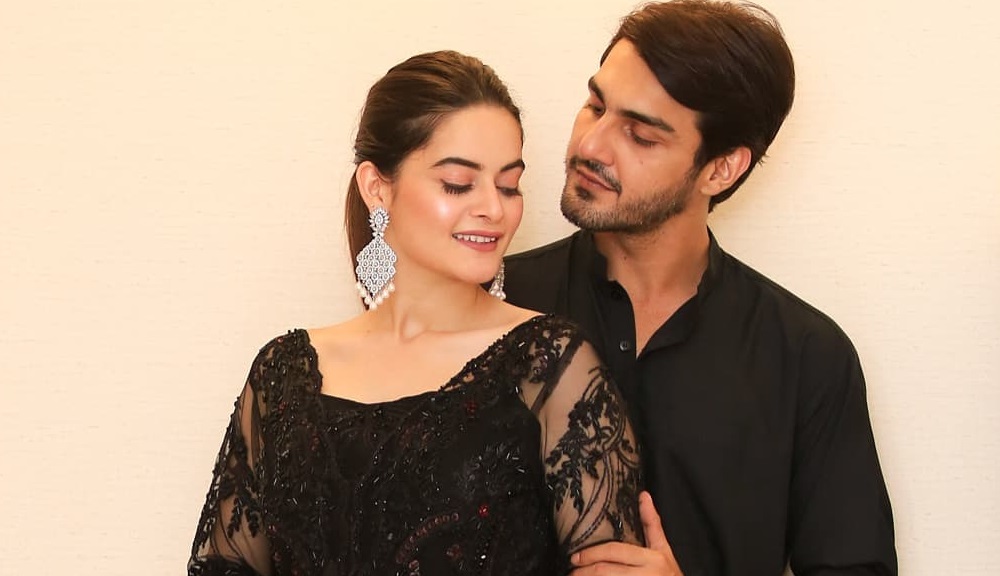 Minal Khan and Ahsan Mohsin Ikram’s relationship lands in the spotlight yet again. This time over the Hassad diva’s comments about her husband’s finances.

In their recent appearance on Voice Over Man, the host shared how a Google search shows that Ahsan Mohsin Ikram is very ‘rich and stable’. Then when he jokingly asked Minal Khan why did she choose Ahsan over him? The Jalan actress playfully responded with;

“As you said in the introduction, he is rich and stable.”

However, the starlet took no time to clarify that that’s not the reason and she was joking. She then jokingly shared how the reason she married her Parchai co-star because the Voiceover man ‘didn’t give her the time of day’. To which Ahsan jokingly said;

That didn’t stop the uproar on social media, as trolls went on to troll the actress yet again.

This isn’t the first time the couple’s finances became the source of controvery. Previously, Minal’s father-in-law Mohsin Ikram clapped back at trolls implying his money is the reason the Ishq Hai actress married his son.

On the other hand, he also defended his daughter-in-law when there were rumors about her twin sister Aiman Khan sponsoring her honeymoon trip to Turkey, as somehow she’s been employed to promote the tourist destination.