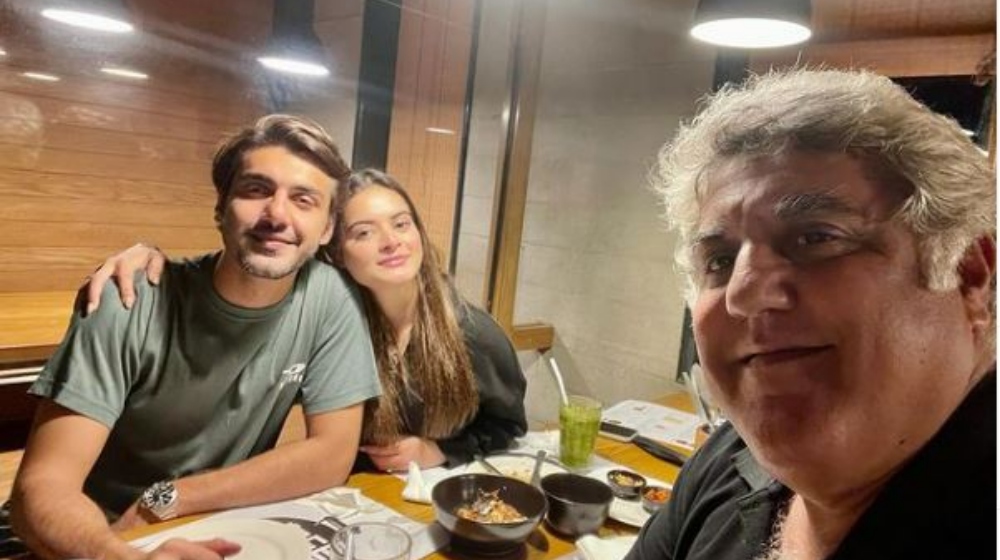 Even after the duo got married, the gossip surrounding Minal Khan and Ahsan Mohsin Ikram is not dying down. Now Minal Khan’s father-in-law Mohsin Ikram is responding to trolls with a lot to say about the couple’s honeymoon.

Some people online alleged that the Parchai costars’ honeymoon was sponsored by Aiman Khan. Someone commented on Instagram that Aiman Khan gifted the newlyweds free tickets to Turkey.

Entrepreneur Mohsin Ikram responded to a troll on his Instagram handle asking that the Netizen provide proof for their claims. 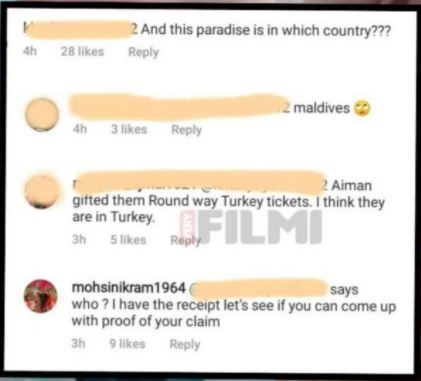 That’s when he asserted that he has receipts for the couple’s honeymoon and how it wasn’t funded by Aiman Khan.

This isn’t the first time, Minal Khan’s father-in-law had to fend off trolls going after the newlyweds. Previously he slammed a Netizen for making mean remarks on his social media posts.

Prior to that, he clapped back at trolls suggesting Minal Khan’s family was after Mohsin Ikram’s money. Minal’s father-in-law doesn’t hold back from defending his daughter-in-law and her family. 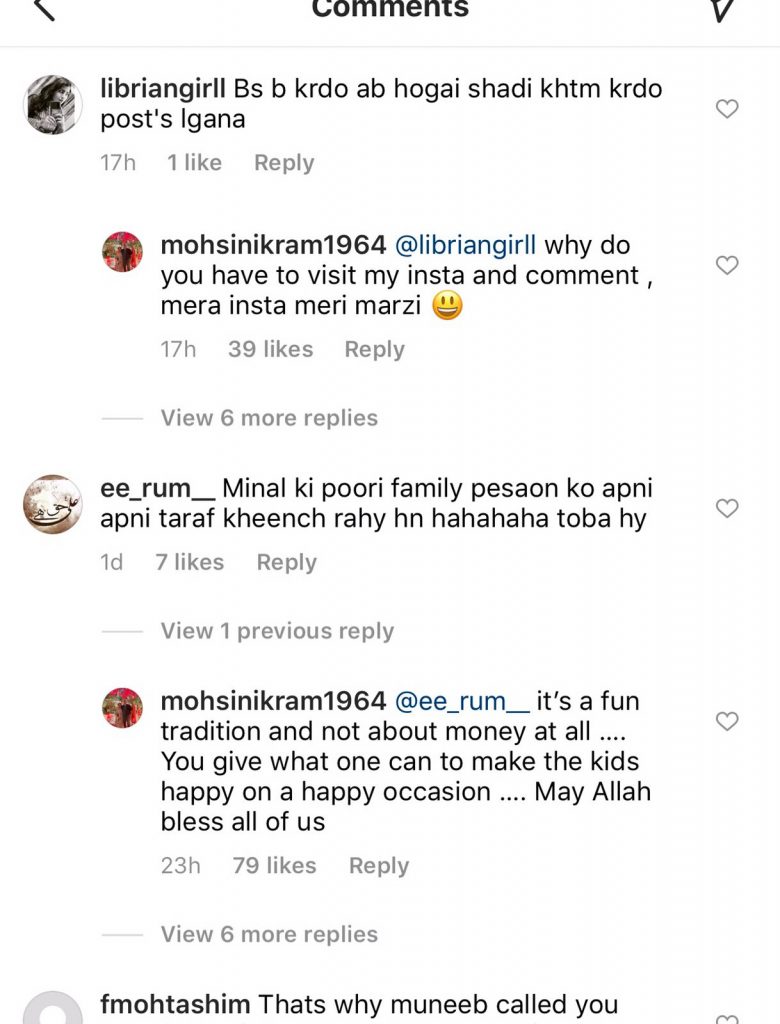 This supportive father won’t stand rumor-mongering about his kids. What do you think of Mohsin Ikram and how he defends his son and daughter-in-law. Let us know in the comments below what you think.