Recently veteran actor Firdous Jamal voiced that he wasn’t a fan of Imran Ashraf’s performance as ‘Bhola’ in Ranjha Ranjha Kardi. Now Imran Ashraf is responding to the criticism.

If you remember, veteran actor Firdous Jamal landed in hot waters over his criticism of Mahira Khan”s acting not too long ago. And now, given his opinion on Imran Ashraf’s performance, he may have faced the wrath of Bhola fans.

The Tabeer actor, on the other hand, remained calm and collected. He took Firdous Jamal’s statement for what it was, criticism.

“Firdous Jamal is a great actor and I respect his opinion. He is one of the senior actors of our industry and off course if he would have played this role it would have been100 times better. I didn’t feel bad I will try to improve myself. There is no need for such a reaction as we can bear such words from elders at home.”

Firdous Jamal Is Not Impressed With Imran Ashraf’s Performance

Imran Ashraf even called on people to calm down, saying that it’s just an opinion (and not even a harmful one at that).

In an interview, the Landa Bazaar actor voiced his opinion on how ‘actors nowadays are just models‘. He said that they don’t understand what acting is.

“Like mannequins in a garment store whose clothes and wigs are regularly changed to suit the needs of the shop; to make them look like someone else, a woman or a man, but unfortunately, they’re not performers.”

When the host brought up Imran Ashraf‘s critically acclaimed performance as ‘Bhola‘ in the drama Ranjha Ranjha Kardi, the Waris actor said that his acting was pretentious, not spontaneous.

He brought up how many actors have essayed similar roles in the past and they ‘behaved the part, not just play the part‘. The strength of an actor lies in living the role and not acting it out. 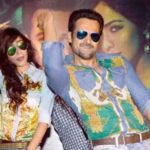 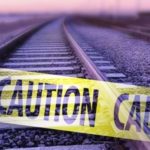