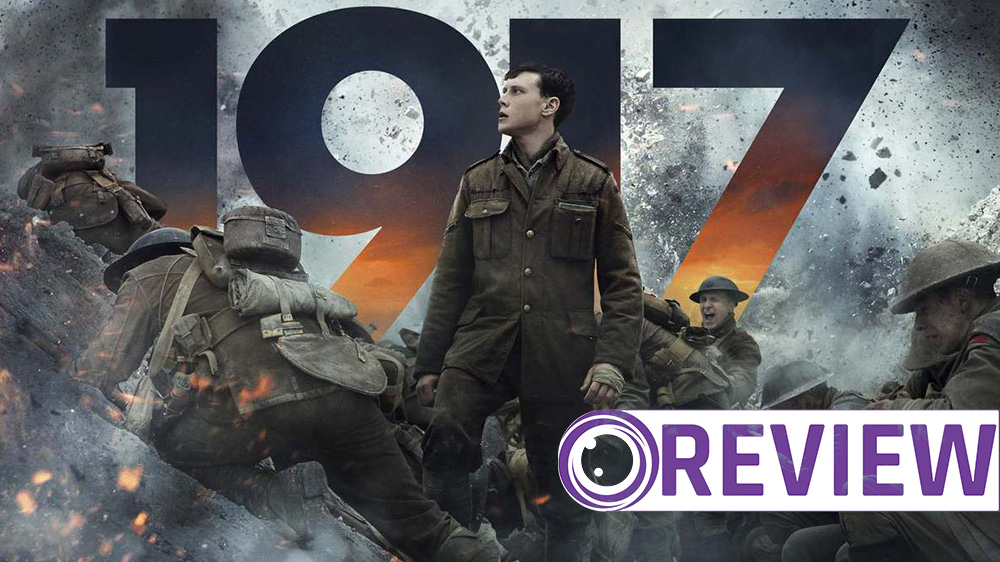 Someone asked me to describe 1917 in one line. Easily one of the year’s best movies, here’s how director Sam Mendes’ first war flick can be summed up:

It is more or less a theme park ride to war. With you having a front row seat (pun absolutely intended) with its ceaselessly cruel nature, strewn across with bombs, severed limbs, corpses, giant rats, and just about everything that can give you nightmares for days.

Now, I know what you must be thinking. What a reductive (read lame) way to describe one of 2020’s best flicks, especially the kind that redefines the war movie genre. Though my summary doesn’t really capture the brilliant simplicity of the movie, it is worth your time. 1917 is more than just your average war picture.

Rotten Tomatoes gave it 89%, and many critics love it.

Without much ado, here’s my relatively spoiler-free review of the war movie that has got everyone interested in war flicks again, even those who have no love for this genre.

And yes, we also address how this flick compares to Saving Private Ryan, the one movie against which all other war movies are judged by.

At its very basic, this is a story about two soldiers who are tasked with delivering a message to another regiment, lest they walk into a trap. Sat in World War I, we have two British soldiers Lance Corporal Blake (Dean-Charles Chapman) and Lance Corporal Schofield (George MacKay) chosen by General Erinmore (Colin Firth) to go on a mission across enemy lines.

One of these guys has a deeply personal stake in the mission, while other serves as the cautious voice of reason. Suffice to say, a lot goes wrong along the way. It is war after all, and it is absolutely hell.

Over the course of its 2 hour long runtime, we are treated to one of its selling points – it appears to have been shot in one take – as we see this war-weary duo sauntering through from one crisis to the next one.

Here’s one amazing action sequence from the movie in action (yeah that was redundant, but lets go with it):

The best part? It doesn’t have to rely on satisfyingly dizzy and mind-numbing action sequences, opting instead to build up a palpable sense of dread as our heroes go from trenches, to enemy lines, to barren wastelands and more to reach their destination. A lot happens along the way.

if you’re looking for the Michael Bay ™ trifecta of explosions, explosions and [email protected]$$ explosions (Pearl Harbor and Transformers anyone?), 1917 ain’t it. This movie swaps that blisteringly, hackneyed approach with more believable and emotionally nail-biting action sequences that sell you on the fear and insecurity our heroes have to face.

It succeeds in easing you into a false sense of security, only to ratchet up tensions that you know  are right around the corner. You don’t need to understand the dialogue to enjoy everything 1917 has to offer. It is that kind of a movie!

What does 1917 do differently than other war movies?

This couldn’t be a review about war movies if we did not bring up Steven Spielberg’s Saving Private Ryan, long considered the golden benchmark about how emotional war movies can be.

First off, the unbroken shot technique. 1917 absolutely revels in it. You get the feeling that you are in a video game because the whole movie gives you the illusion of being shot in one take.

1917 puts you in the battlefield in a way Spielberg’s magnum opus doesn’t. You can literally feel the tension building up as our heroes face challenge after challenge.

I will grant Saving Private Ryan this. This 24 minute sequence at Omaha Beach is unparalleled.

When it comes to which movie depicts trench warfare better, 1917 wins hands down. Why? Well that you have to see it to believe it.

At the risk of repeating myself, please go watch this movie. Sure the storytelling device they employ seems pedestrian and simple in its premise, but let me assure you its execution is on a whole different level.

Its direction style alone is going to make you pour over every shot for weeks. This makes for a very interesting way to hook cinema goers, but that’s not all it has to offer. People are going to discuss this movie to death once they have consumed the popcorn and exited the theaters.

Better go see it now before your khalu ka beta or beti spoils it for you.

Brightburn Turns The Origin of Superman Into A Horror Movie [Review]