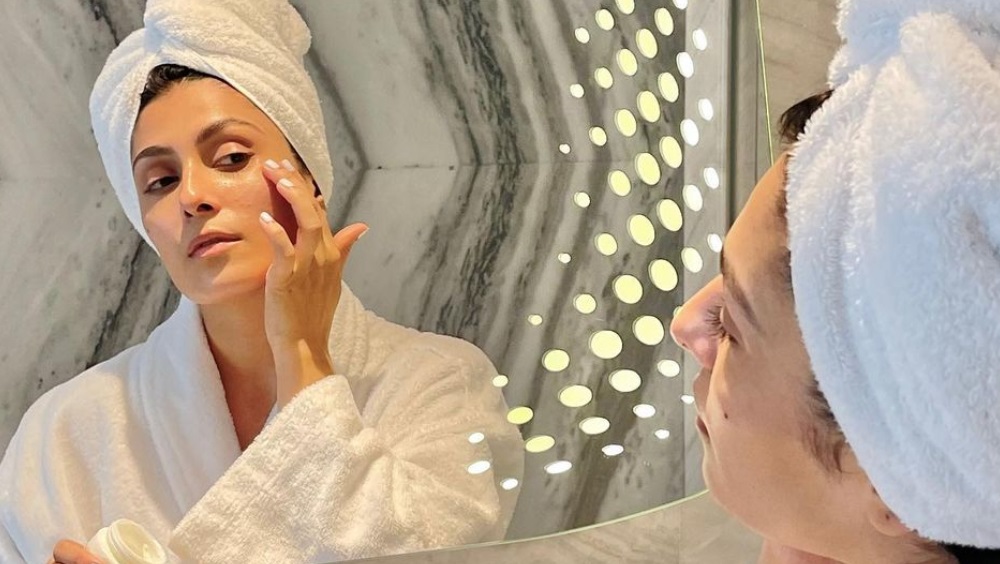 After her Ramzan drama serial ‘Chaudhry and Sons‘, Ayeza Khan has been missing in action from our drama screens.

When fans asked about her upcoming venture, the Mere Meherban actress had a surprising response. As per Ayeza Khan, she’ll be taking a break from the small screen for a bit.

In an Instagram story, the Thora Sa Haq actress shared how she’s taking a break from work right now. Her reasons sound like she just needs a breather.

“Fans are asking me what I am doing these days? I am taking care of myself. I take a break from my work so my skin can breathe, my hair can rest, and I can read your messages and reply.”

Since then she has gone on to be associated with the bubbly playful persona she played in Chupke Chupke, Laapata, and recently in Chaudhry and Sons.

Even when the actress is not roped in an acting project she continues to do endorsements. Given her massive Instagram following, no wonder the actress can be selective with the time she allots to work.

On the other hand, fans have complained in the past about how the starlet will just about endorse everything. Many encouraged her to be more responsible with her platform and