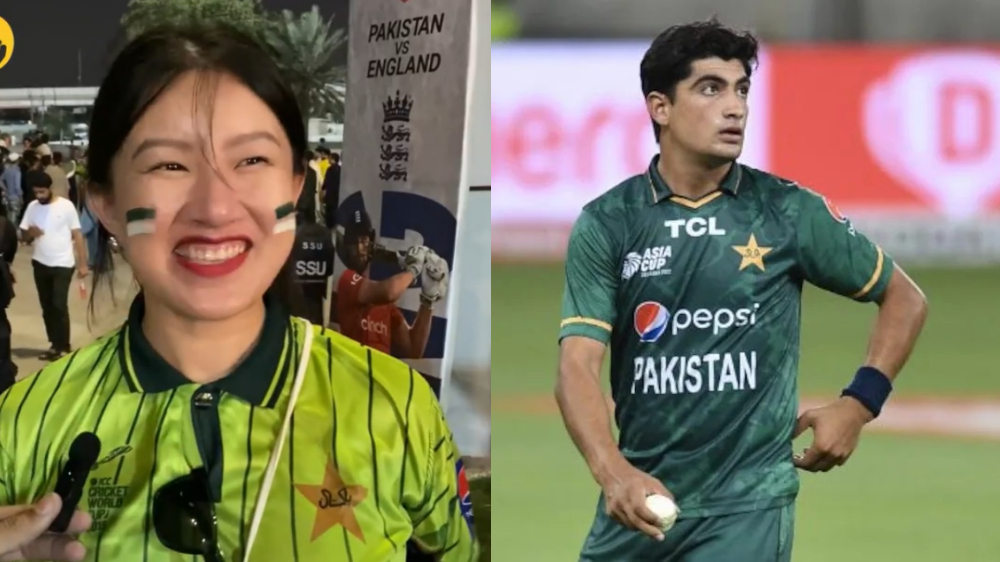 Young Pakistani pacer Naseem Shah steals the heart of another foreign fan during the T20i between England and Pakistan at the National Stadium, Karachi. Ever since the 2022 Asia Cup, Naseem Shah has become a celebrity. While fans, obviously, love his fiery bowling and his iconic sixes against Afghanistan, the youngster is a heartthrob for many female spectators of the sport.

The 19-year-old is enjoying the limelight, having people like Urvashi Rautela and Yehali Tashiya swooning over him. Recently, Naseem caught the eye of another foreign female supporter.

During the opening T20 International between England and Pakistan, Naseem played the game in front of a packed crowd at the National Stadium, Karachi. Even though the home side lost the game, one foreign was still swooning over the youngster as a local media outlet interviewed fans. Check it out!

The game between England and Pakistan is the first of seven T20 Internationals between the two sides. The series is historic as it marks the first tour of England after decades. We certainly hope the men in green find their form and bounce back against this strong English opposition ahead of the ICC World T20i in Australia.

More importantly, Naseem Shah better not get distracted by all this attention from the ladies. We want him to be at its best for the World Cup. What do you think? Let us know your thoughts in the comment section below.