Actor and producer Humayun Saeed has spoken out about his love for Ertugrul and the need for more Pakistani TV shows along the same lines. “The last time we came up with such a show was over 30 or 40 years ago,” he said.

He was referring to Pakistani classic dramas like Tipu Sultan, Babar and Akhri Chattan which highlighted the conquests of Muslim rulers.

Not so surprisingly, I’d never heard of these shows before, and its safe to assume a lot of youngsters haven’t as well. Granted that these dramas are quite old ones, but it does also show us about our shifting priorities in terms of the content we create and consume.

The veteran actor spoke out about the lack of diversity and growth within Pakistani shows and the industry. According to him, it is the government’s responsibility to create and promote such shows.

“I could produce it but the problem is that shows [like Erturgrul] require massive financial investments,” said Saeed. “They made Ertugrul with the Turkish government’s financial aid. If our government supports me or any other capable producer, we could do it as well.”

Censorship is another issue

While there is no denying the importance of government-support in promoting our cultural industries, it’s almost far too easy to put the blame on them entirely. Of course, there is something to be said about the kind of censorship rules PEMRA imposes. Saeed’s own Meray Paas Tum Ho gained national acclaim and even saw it’s finale screened in cinemas. However, when it came to Sarmad Khoosat’s Zindagi Tamasha PEMRA decided it wasn’t appropriate enough to release.

The control of such content means we see the same kind of mindless TV shows being aired over and over. The producers play it safe with tried and tested tropes and storylines. 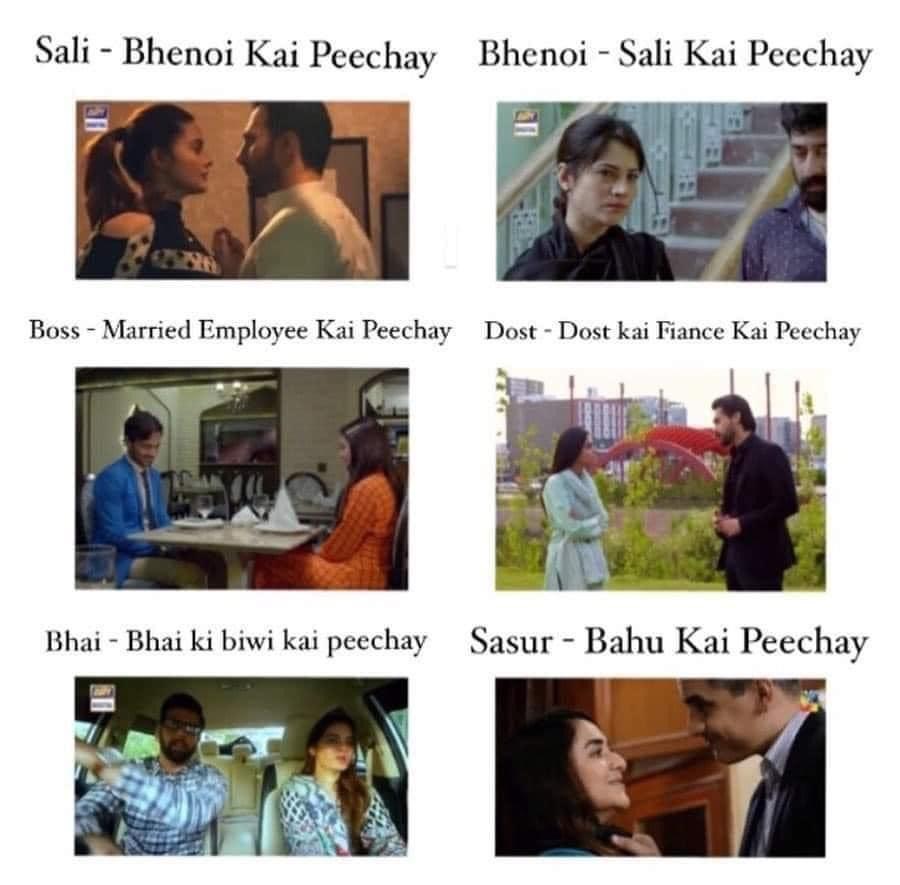 Last but not the least, the industry shares the blame

It’s not just the authorities that are to blame though. It is interesting to see when actors comment on the lack of diversity in Pakistani TV shows. Because it’s those very same actors that continue to agree to and represent those roles over and over again. Scripts may not fall into the actor’s domain but their influence means that established actors, in particular, are in a certain position to make demands. O

At the very least, actors can refuse to represent roles that go against their principles.

The new web series Churails has garnered a lot of debate, but it’s made one thing clear – those in the industry have the power and resources to bring about fresh content. However, the show debuted on a digital platform, which explains why it was able to break many storytelling taboos.

Then again, the debate takes on a new dimension when the audience is factored in. Whether it’s simply because we don’t know any better or because we genuinely find joy in the same old narratives that only ever talk about saas-Bahu issues and love affairs, our audience thrives on the current content. If we want something different, it’s time we demand it.

Saeed’s argument is that Ertugrul was made because of the government’s financial aid. That may be so, but it was also made because it had so much more than that. Despite the fact that we consume content from all over the world, self-censorship and moral policing cripple our industry from stepping out of the box.

In such a scenario, some Pakistani actors have found it easy to critique Ertugrul but much harder to step up to the plate and create content that can compete. The truth is, it’s easy to lend support to initiatives when someone else is in charge of paving the way. But much harder to raise your voice amongst a sea of beliefs pushing you in the opposite direction.