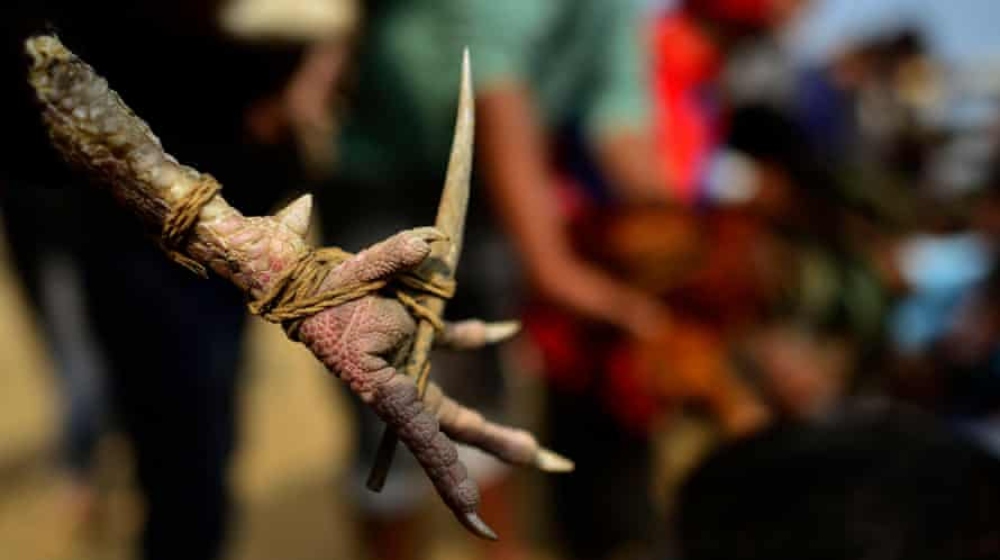 In a crazy instance of a pet gone rogue, a rooster ended up killing its owner. The murder weapon? A knife attached to the rooster’s feet for a cockfight.

Cockfights are illegal since the animal cruelty of the blood sport poses threats to both humans and wild birds involved in it. Yet, such illegal blood sports are not uncommon in South Asia.

So, when news of this incident surfaced in Southern India, it prompted authorities in the Indian state of Telangana.

According to The Indian Express, the killing seems to have been an accident as the knife attached to the rooster’s leg inflicted fatal wounds to Thangulla Satish. Police officer B Jeevan said the 45-year-old was hit by the rooster’s blade and died from blood loss on the way to the hospital.

The incident took place in the village of Lothunur and the Thangulla Satish was being taken to hospital in district Karimnagar of Telangana.

The deceased was among 16 people that organized the illegal cockfight. Police said adding that Satish was one of 16 people organising the cockfight in the village of Lothunur.

“Satish was hit by the rooster’s knife in his groin, and started bleeding heavily, … We are searching for the other 15 people involved in organizing the illegal fight,” said Officer Jeevan.

If caught the organizers could face charges of manslaughter, illegal betting and hosting a cockfight.

Despite the sport being banned, cockfights are organized in the rural areas of Telangana, Andhra Pradesh, Karnataka, and Odisha, especially around the Hindu festival of Sankranti.

Organizers attach 7.5-centimetre, almost three-inch blades to ‘specially bred’ rooster’s legs and lay bets on who will win the fight. The fight continues until one rooster either dies or flees.

Satish isn’t the first human casualty of this illegal activity. Last year in Andhra Pradesh, a man was killed when a blade attached to his rooster’s leg hit him in the neck during a cockfight.

Indian Man Abandons His Pet Dog for ‘Having an Affair’

Meanwhile, thousands of roosters die each year in these competitions despite the efforts of animal rights groups.