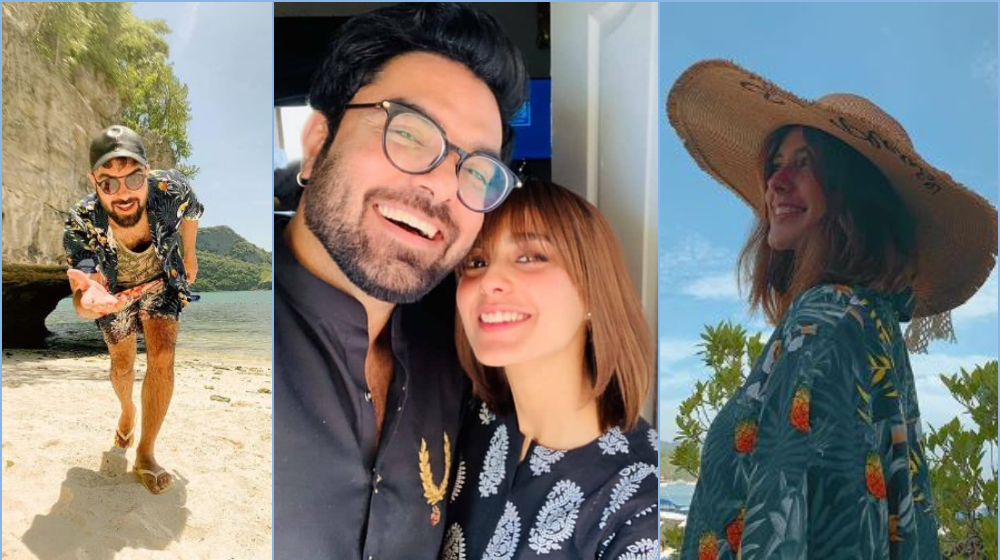 Iqra Aziz (Suno Chanda) has long been rumored to be dating Yasir Hussain. The actress just made her relationship official with a subtle comment.

The ‘Naach Na Jaaney’ actor and Iqra Aziz often shared social media PDA. They’re even vacationing in Thailand together. Or should we say ‘bae-cationing.’

Iqra Aziz comment on Yasir Hussain’s vacay post ‘Baecation‘ confirmed the news. If it’s a ‘baecation‘ then obviously Yasir Hussain is her ‘bae‘.

In the current dating age, twining usually means taken. And we think Iqra Aziz and Yasir Hussain have all but confirmed it by now. Let the speculation about their relationship rest.