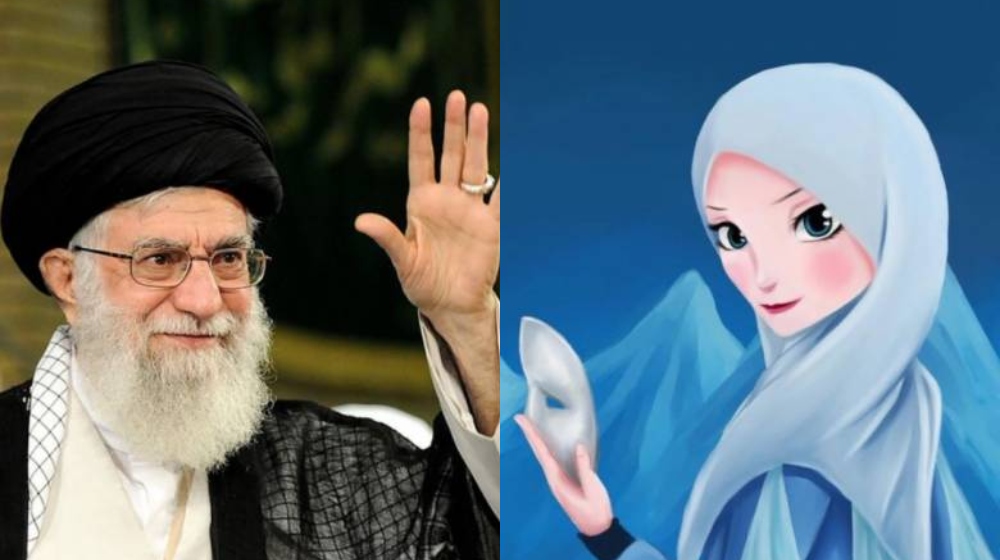 Iran isn’t letting down on its conservative fundamentalist Islamist image. Now the Supreme Leader of Iran, Iranian Ayatollah Ali Khameini has issued orders for all female cartoons to don hijabs too.

As much as we love Iran for creating the ‘Sara doll’, the first hijabi doll, imposing hijabs on all cartoons isn’t doing Muslim representation any favors.

While this doll and Dara, the Iranian alternative to a Ken doll, were characters from elementary school books to encourage kids to help each other solve problems, enforcing hijab on every female cartoon is unnecessary.

IranWire reports, Ayatollah Ali Khamenei didn’t elaborate more on the fatwa, which states that women in cartoons and animated features must be depicted wearing a hijab. The fatwa was published by the ‘Fiqh‘, Iranian Islamic Jurisprudence.

The Islamic chief of the Islamic Republic of Iran, admits that animated characters are not required to wear a hijab, but he’s making it mandatory to ‘due to the consequences of them shown not wearing a hijab‘.

This is expected to affect the accessibility of foreign content in Iran.

This wouldn’t be the first time an Iranian clergyman has issued ridiculous directives. Just recently, another Iranian cleric Ayatollah Abbas Tabrizian claimed that the COVID-19 vaccine will make you gay.

“Don’t go near those who have had the Covid vaccine. They have become homosexuals,”