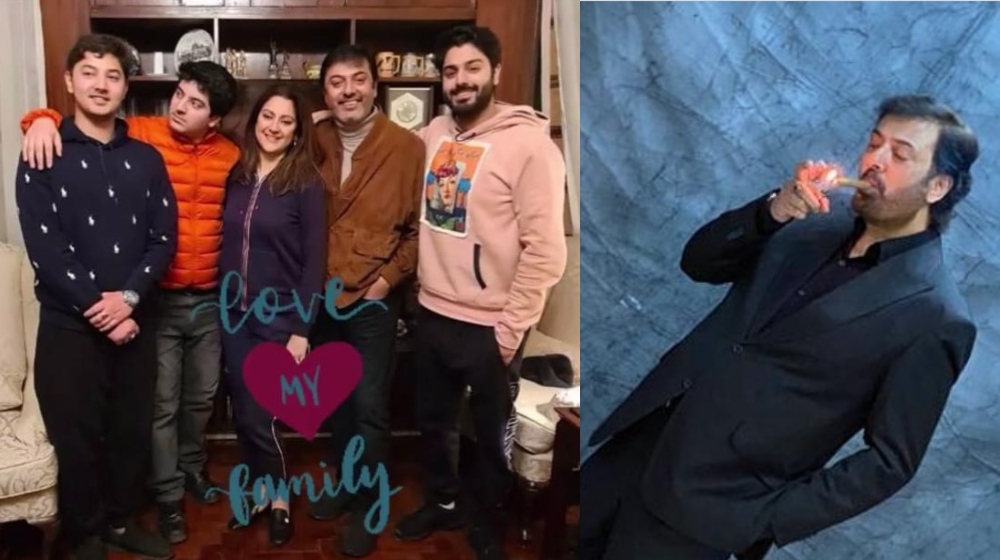 Naumaan Ijaz made poetic references to a happy wife and the Internet thinks it’s cute. That man sure knows his lady. 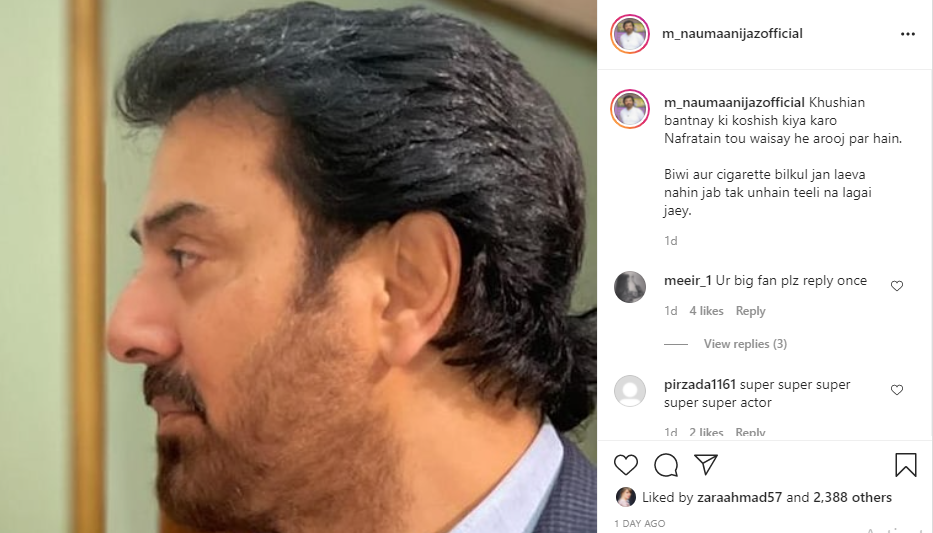 This was followed up by another poetic post, as the Dar Si Jati Hai Sila actor shared a picture of himself with a lit cigarette. He captioned this post;

To know who are the idiots we need freedom of speech .” 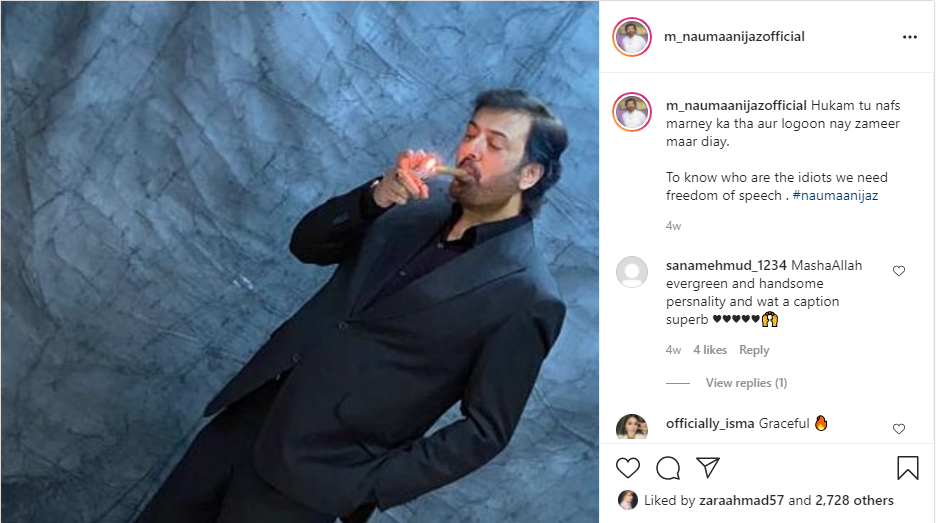 The poetic messages came as the veteran actor and his wife Rabia celebrated their 26th wedding anniversary. He also shared photographs of the anniversary celebrations on Instagram.

Based on the poetry and his intimate wedding anniversary celebrations with just the fam, looks like Naumaan Ijaz learned how to keep things lively with his better half.

While these wise words could be the key to a happy and lasting marriage, the Internet can’t help but appreciate how cute the poetic references to his wife really are.

Talk about a man that knows and appreciates his lady. 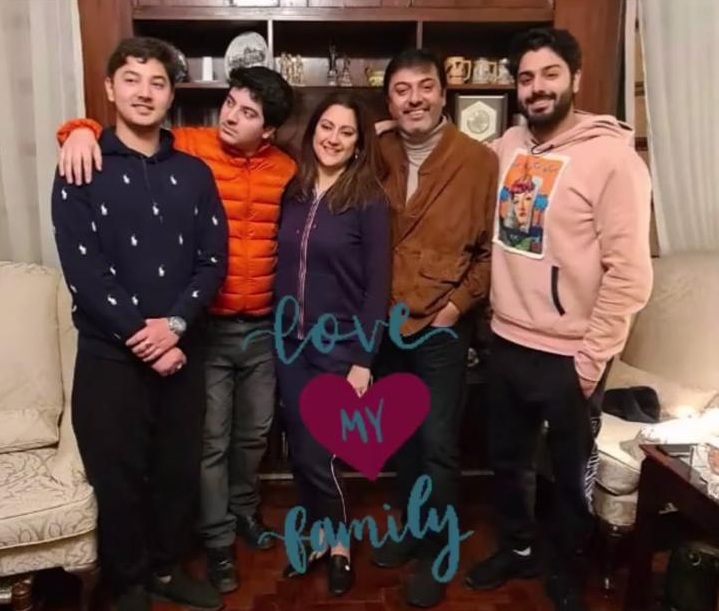 On the work front, the veteran artist will be seen next in Parizaad co-starring Ahmad Ali Akbar, Yumna Zaidi, Urwa Hocane, and Ushna Shah.