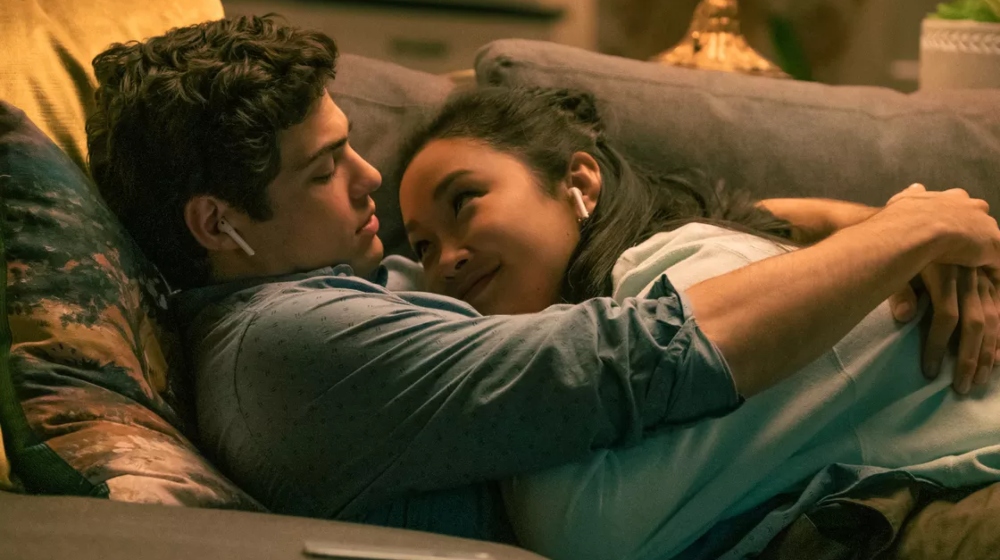 We all fell in love with To All The Boys I’ve Loved Before back in 2018. From watching Lara Jean Covey ease into her sass to discovering Peter Kavinsky, and never getting over Noah Centineo. Now we make it to To All The Boys I Love: Always and Forever in the third instalment in the franchise.

The movie had even the most stoic people among us feeling giddy like a hopeless romantic. However, despite the character growth it did seem a bit too idealistic, like the next rom-com.

Everything Pakistan’s 1st Urdu OTT Platform Has to Offer [Pictures]

The sequel film, To All The Boys: PS I Still Love You cranked up the difficulty level getting real about high school relationships. Young love is a lot more complex than the first movie made it out to be. From emotional baggage from an ex, to insecurities in a relationship. However, the ending was a tad bit melodramatic.

Now we could have done without another movie, but how many of you really didn’t want to know what’s next for Lara Jean? Therefore, To All The Boys: Always and Forever was much needed to relive the pains of ‘adulting’.

From college admissions to carefully panning out every move since it will affect the majority of your adult life, if not the rest of you life. This time around we also see how self-love and love for other things such as career and education affect relationships.

We see high-school sweet hearts Lara Jean and Peter trying to navigate if they can make it work in college. Now most high-school romances are buries in college, but it doesn’t have to be on a bad note. Just look at Margo and Josh.

As always Lara Jean’s style game was on fleek. From tapping into Korean minimalism as she revisits her heritage from her mother’s side, to how her clothes exude the maturity she gains along the way.

In fact, when Lara Jean is torn between two colleges, we see her dishevelled (only by Lara Jean’s standards) in a red dress, teal flats and a mustard bag. What was that?

Overall, it comes down to, will Lara Jean really throw away a better future for her high-school sweetheart? As well as how young love will pose these challenges. Rather than tell you if they emerge mature enough to let each other grow, I’ll leave it at that and let you watch the movie for yourself.

“You can’t save this relationship by not growing – Dan”

Meanwhile, we also see Kitty grow and see a bit more of her character arc. Margo remains a pivotal character and we see Trina with a more prominent role in the Covey sisters’ lives.

As for Peter, we also see him deal with parental issues and the lasting emotional affect his parents divorce had on him.

While Lana Condor and Noah Centineo held our hearts as Lara Jean and Peter, their acting skills were more of less the same. They didn’t amp it up, but then again, they are still playing the same characters.

Lara Jean did make us relive the challenges of college admissions and making decisions for yourself while respecting others decisions. These parts about To All The Boys I Love: Always and Forever are what make it more than just a rom-com.

“Do I look back in 20 years and wonder if I made the wrong choice? – Lara Jean”

Speaking of ‘adulting’ watching Ross Butler’s Trevor and Madeleine Arthur’s Chris shake off that on-again, off-again dilemma was a mature move. It was nice seeing Chris open up and let her walls down regardless of what the future might hold.

Gen(Emilija Baranac) and Lara Jean’s rekindling their friendship is another major sign of how much these kids have matured, and will continue to do so after graduation.

Watching Anna Cathcart depict an adolescent Kitty was frustratingly realistic. If you’ve had a teen grow-up in the house, you know what I mean. We’ve seen her being the charismatic baby sister to the moody teen.

Meanwhile, Janel Parrish’s Margo seemed to have calmed down as an adulthood sets in. We no longer see the big sister trying to get away from being the eldest, to actually wanting to be more present in her family’s lives.

Trina was a refreshing addition to the mix. Sarayu Rao shared how it can be a challenge being just the friendly neighbor to your Dad’s long-term partner. You can’t really be their mom, or just their friend, but you find a way to be family.

We also saw a lot less characters grace the To All The Boys I Love: Always and Forever cast. John Ambrose (Jordan Fischer) didn’t really have a role in the third film, but you do miss him. How many of you were hoping her and Lara Jean would stay friends?

Michael Fimognari made sure to paint the third film in mature colors without actually dimming the colors. To All The Boys I Love: Always and Forever had a lot of brights, particularly yellow (Pantone color of the year) despite the nemesis of college romances, college, lurking around the corner.

“This girl, she came up to me speaking Korean, and it’s like they see me and they think I understand, and then I don’t and it’s like I don’t belong,”

It made the story feel like moving on is growth and a good thing. So save your tears.

Indian Matchmaking Tells Us About Everything Wrong with Rishta Culture

The part about Lara Jean exploring her Korean heritage was a tad bit too touristy. While the footage was absolutely breathtaking from the sight-seeing to the hotel room, it’s like you missed something under the surface. A more emotional perspective would have added to Lara’s character arc.

The way New York was thrown into the mix, felt so personal rather than the flashing sight-seeing and aerial view of skyscrapers many movies use to establish location. Having Lara Jean exploring NYC’s eateries and the collection of selfies and self shot videos make you feel like you miss a city you’ve seen before.