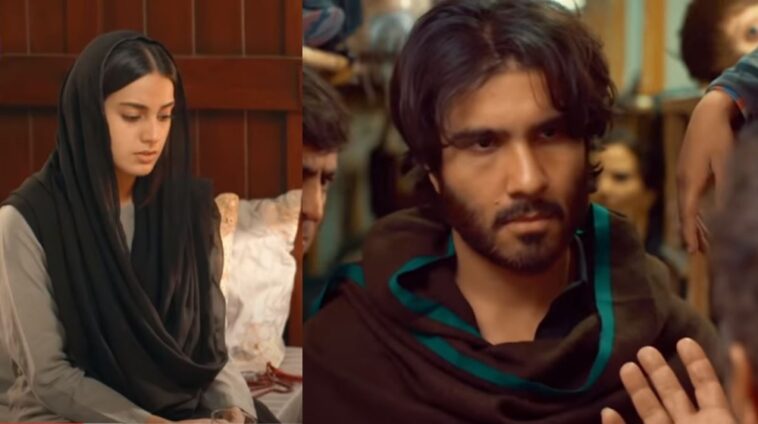 The latest episode of Khuda Aur Mohabbat 3 left us all shell shocked as we see Farhaad didn’t die after all. Meanwhile, Mahi is punishing herself for two deaths.

In the last episode, we saw Farhaad’s ‘bad dua’ manifest as Taimoor (Mirza Zain Baig) is murdered on his ride home with his bride. Despite marrying someone else. Mahi (Iqra Aziz) fails to experience the happiness of marriage.

When her family insists on taking her home, she’s adamant about living out the rest of her life as Taimoor’s widow. Why they all ask? Apparently, she feels it’s fair since her brother (Sohail Sameer’s) and his rivalry is what got her husband killed on the day of their wedding.

“Taimoor suffered the brunt of my brother’s rivalry. He lost his life because of us, in return you must compensate with your daughter. I am only paying that compensation.”

However, in reality, she’s internalizing Farhaad’s ‘bad dua’ and feels she lost Taimoor as payback for Farhaad. A life for a life.

“This isn’t my obligation, but my punishment. I was to wander like this. Now I will serve my punishment in this ‘haweli‘ for the rest of my life,” said Mahi. 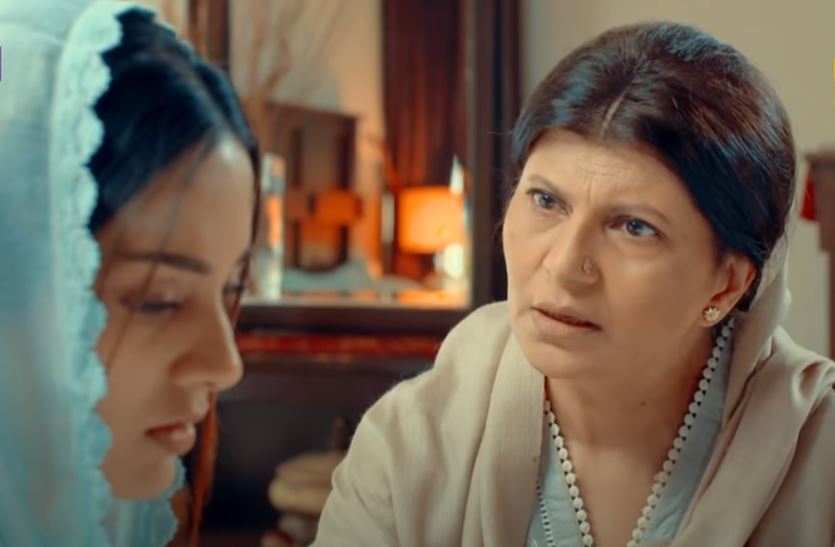 Little does he know Farhaad (Feroze Khan) is not only alive and well, but he’s also up to no good. He’s seen sneaking into the portion of the train where Romana (Tooba Siddiqui) and her entourage are asleep.

He’s ‘apprehended’ by Chanda Gee (Seemi Pasha) who accuses him of targeting vulnerable women. She then accuses him of stealing. When they ask him to reveal what’s in his hand, he’s holding a bead from Mahi’s clothing.

Chanda Gee’s behavior broke everyone’s heart. For someone who is judged unfairly all the time, she ought to be less judgmental.

Feedi’s return is something Netizens are raving about.

“You-’re so calm and quiet, you never say. But there are things inside you. No one can see them, coz its hiding in your eyes..”🖤#khudaAurMuhabbat3 pic.twitter.com/9eVbhG3Xhx

Oh dmnn Finally 😩💘 this show was incomplete without @ferozekhaan as freedi my favourite… This scene melts my heart🦋 OH GOD #khudaAurMuhabbat3 is on another level❤️ I would say this is the best show I've ever seen 💘 keep shinning stay blessed and lot's of love and respect 🙇🏻‍♀️ pic.twitter.com/mecLKCdGYs

Both Mahi and Farhaad are now haunted by the past. Farhaad wandering as a forlorn lover, and

Mahi is suffering from PTSD after witnessing her husband being murdered in cold blood before her eyes. She blames herself for what happened, not just because of her brother’s rivalry but also because she fears this is the result of breaking Farhaad’s ‘innocent heart‘.

-No eye sees so clear and sharp as the eye of love..You have no idea what a charming memory you are to me.Both of them are mourning for their loved ones! She is looking at the belongings of him. On the other hand he kept her bead close to his heart! #FerozeKhan #khudaAurMuhabbat3 pic.twitter.com/6A4QiKRK1G

-He is very much in love with [her] and it seems that she will never know.. #Farhaad is so into #Mahi he is devastated and shattered.. He still kept her bead with him and never let it away from him.. #FerozeKhan #khudaAurMuhabbat3 #KhudaAurMohabbat3 pic.twitter.com/LvVAU7UVsW

However, Mahi’s love for Taimoor and their telephone conversations made us feel we missed a major chunk of the story. Mahi was in love with Taimoor as they were married. So what does that say about her feelings for Farhaad. Is that just guilt?

Why is it so hard for the writer and director to show us what Mahi really feels? Her character is so confusing#khudaAurMuhabbat3

The more I see Mahi suffering I feel pissed off that psycho Farhad
Zero sympathies for him.. ruined a girl’s life #khudaAurMuhabbat3

It’s her love for Taimoor why she blames herself for his death. She’s not the only one who lays the blame on Mahi’s family.  Mahi’s mother-in-law played by Hina Khwaja Bayat, didn’t hold back from passing on the hurt in her heart.

“What have you lost? Nothing. I’m the one that suffered loss. My womb is been hollowed. My haveli has gone barren. You’ll find another husband, if not today then tomorrow. How will I bring back my son?”

With an anguished look Mahi responds with;

“My relationship with your son has already been established. If not him then no one.”

She reaffirms that she’s not going anywhere.

Also on the note of confusing characters. What’s the deal with this guy?

This baba is damn irritating 😤😤
There was no need for his character ✋#KhudaAurMuhabbat3#KhudaAurMohabbat3 https://t.co/OAuTnHoRwO

Meanwhile, the issue of the drama serial not representing how women from ‘strict religious households’ behave to the tee was the center of discussion again. People mentioned how her brother-in-law, Sikandar (Junaid Khan) shouldn’t be interacting with Mahi.

What is this behavior mahi bibi??
Is the writer was in senses while writing the script, doesn't know basic Islamic thing that there is no iddat for her. #khudaAurMuhabbat3 pic.twitter.com/PHWTecFOuP

What do you have to say about the latest episode? How do you feel about what Mahi and Farhaad are suffering? Let us know in the comments below. 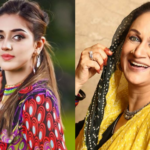 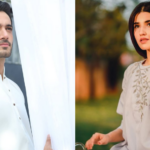