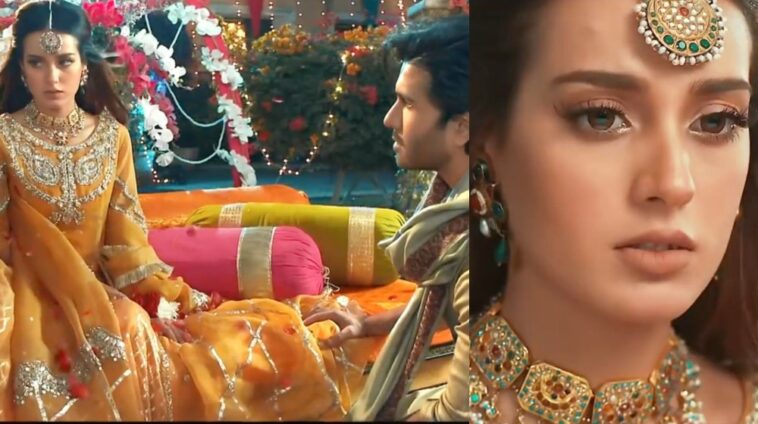 After blowing us away with one great performance after another, Iqra Aziz is slaying with her role as ‘Mahi‘ in Khuda Aur Mohabbat 3.

The previous episode was gut-wrenching as we said goodbye to Farhaad (Feroze Khan) the soul of the show. However the heart of the show Iqra Aziz’s ‘Mahi‘ still has us hooked.

Mahi is mourning Farhad and all the things she has done to him , the baddua has installed a fear within her. Its all in her head, she blames herself for every single thing. This entire scene is important! I can't wait for next week! #KhudaAurMohabbat3 #IqraAziz pic.twitter.com/DxUj2OTeCF

-"Sometimes tears say all there is to say. Sometime your first scars wont ever fade, away.."🖤
Both of them are lost in each other thoughts..#Mahi is mourning for him yet he is somewhere far away from everyone.. #KhudaAurMohabbat3 #KhudaAurMuhabbat3
#FerozeKhan #iqraaziz pic.twitter.com/XvR1LwAaXP

Her acting aside, people are loving everything about Mahi as she’s acknowledging her feelings for Farhaad.

The best wedding, I have ever seen in dramas.. #Mahikishadi#khudaAurMuhabbat3 pic.twitter.com/bFl7PgrZ56

This is one of the most emotional epi of #KhudaAurMohabbat3 💔😥
I'm litterlly in tears after watching this epi 💘😭
Uffff😭😭😭😭😭😭😭😭 pic.twitter.com/fD125nbdYn

The ost bit they used in this scene is very important, and the flashbacks she got of farhad the lines there too! It shows she has feelings for him deep within which she hasn't accepted yet! #IqraAziz eyes man! They express so much 😭❤ #KhudaAurMohabbat3 https://t.co/yrvl63yCAp

Those religiously shipping Mahi and Farhaad are heartbroken.

-There’s so much I want to say to you, but I’m not sure where I should begin. Should I start by telling you that I love you? Or that the days I’ve spent with you have been the happiest in my life? 🖤#KhudaAurMohabbat3 #khudaAurMuhabbat3 #FerozeKhan #iqraaziz pic.twitter.com/2xRIry57gg

Yet, we all know that heartbroken or deceased Farhaad only has Mahi in his heart.

Some don’t even want to accept that Farhaad is gone.

Dont we have DNA testing lab?? so it can be confirmed whether it was Farhad's body or not.#khudaAurMuhabbat3

Admit it or not acting by Dilawar is some next level stuff. Very well done man.#khudaAurMuhabbat3 pic.twitter.com/pgbTVxlGQ9

Then there were all the loopholes and flaws in the drama serial that people couldn’t help but point out.

Well this was not a small project and seeing many blunders again n again atleast deserves a fair criticism, they spent a lot of money and time on promotion of the drama and look at the star cast of this drama. #khudaAurMuhabbat3

And they hired a photographer for mahi's wedding pics, a non muharam for mahi and other women there. I am watching every episode and i am a big fan but alas! Our industry is still dump. 2/n #khudaAurMuhabbat3
PS: This tweet does not objectify parda but criticises the weak plot.

People also feel Mahi can mourn Farhaad but she’s really not responsible for his death.

Somebody pls tell this girl that bad'duas don't work this way. You can't be held accountable for what u didn't even do. What the writer portrayed in this drama is wrong on so many levels yet it trends at # 1.This is how media messes up with your head #KhudaAurMohabbat3 #IqraAziz pic.twitter.com/3j9eVteF0Q

Then get a load of this other conspiracy. When you can certainly hear the similarities.

All the swooning and setbacks aside, what do you think of the recent episode of Khuda Aur Mohabbat 3. Do you think Farhaad really passed away or this another one of his antics? 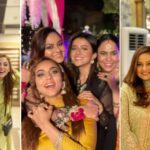 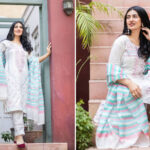