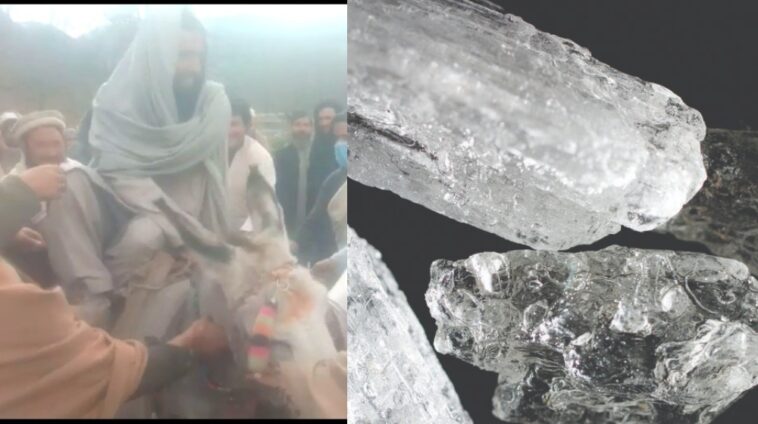 The residents of Bar Qambar Khel, an area of the Khyber tribal district, Tirah take law into their own hands and punished drug dealers in their own way. These Khyber-Pakhtunkhwa (KPK) residents enacted vengeance in an old-fashioned way by shaving their heads, blackening their faces, and then parading them on donkeys.

The purpose of this public display was to make an ‘example’ out of the drug dealers and demonstrate what shall happen to those who peddle drugs.

According to Express Tribune, these two men were dealing and moving crystal meth, commonly called ice, in the Bar Qambar Khel area.

Despite the KP-FATA merger, traditional justice still prevails in the tribal areas. When the drug dealers, Qudrat and Wadan Khan were caught they were made to appear before the Aman Committee. Despite the presence of police, they let the public jury prosecute the accused.

Once found guilty by the tribal jury, they were punished via public humiliation. A local elder told the news outlet that;

“The two didn’t appear before the committee, neither confessed to their crime of selling drugs. So they were arrested after repeated warnings,”

Locals say that prior to doing things the ‘old-fashioned way’, the Bar Qambar Khel Aman Committee reached out to local police and asked them to remove the menace of ice from the area. When the police failed to do their job, the tribal jury stepped in. No wonder people have more faith in tribal processes than legal protocol.

However, SHO Tirah Javed claimed that police started a crackdown against those involved while confirming the incident. He voiced opposition to tribal justice which in the eyes of law is vigilante justice.

Meanwhile, tribal elders do not entirely blame the police. They explained that one police station was insufficient as Tirah was a large mountainous area home to eight sub-tribes of Afridis.

“The area is large and the terrain is a difficult one. There is no infrastructure like schools, government offices or hospitals or a large number of police who could actively patrol and check everything. The writ of government is weak due to lack of administered mechanism.” 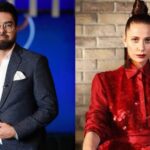 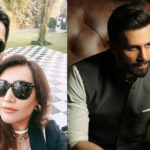