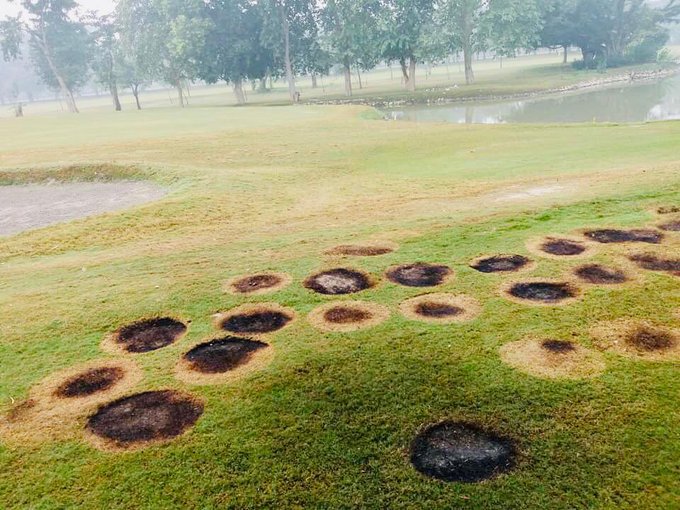 Some mysterious holes showed up all across the Lahore Gymkhana golf course. The pattern of equally sized circles burnt into the golf course greens, look just like crop circles. Did some aliens from outer place land there?

Its time to let conspiracy theories go to rest. Those crop circles you see? Turns out it was just ‘daigs’ (giant cauldron-like pots) left out in the pristine golf course.

A former member of provincial assembly (MPA) Irum Azeem Farooqi shared the sight. Oddly this really is something you will only see in Pakistan. We guess for some people, food comes before play. Perhaps in that context, whoever decided to sabotage an expensive golf course for some biryani could make…. sense?

This can “ONLY IN HAPPEN IN PAKISTAN*

Even though we can agree that biryani comes above all, killing greens for it is unacceptable. Why cook a meal on the golf course?

What we do know is that Lahore Gymkhana now boasts more than the previous 18 holes championship course.

People mused over the ‘whole’ ordeal. When you think of it besides the crop circle theory, they could potentially be footprints of some monsters.

Ignorance at its peak.

WoW what a pattern. Don't worry, it will grow back and even better. That's how nature works

Maybe they tried to create crop circles and it back fired.

@meritweeeets don't know should I laugh or cry.

Shahid Masood Wants To Know Where Are the Ninja Turtles? [Video]

Others found it amusing.

Things went array when someone suggested ‘they should have made pulao’.

Lahore Gymkhana claims they maintain the oldest golf course in Pakistan, saying that its as old as the 19th century (they played golf back then?).

Spread over 85 acres, the golf course has hosted many international tournaments. Quite a few leading international players have won laurels while competing at Lahore Gymkhana Golf Course.

It’s very unfortunate that such a resource was sabotaged for some biryani. Let’s hope they fix the greens before the upcoming Quaid e Azam Amateur Golf Tournament.

The committee member in charge of this event. But of course it will be the minions who will be held answerable. 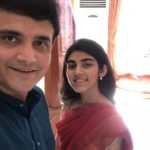 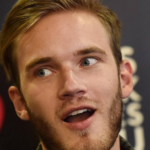