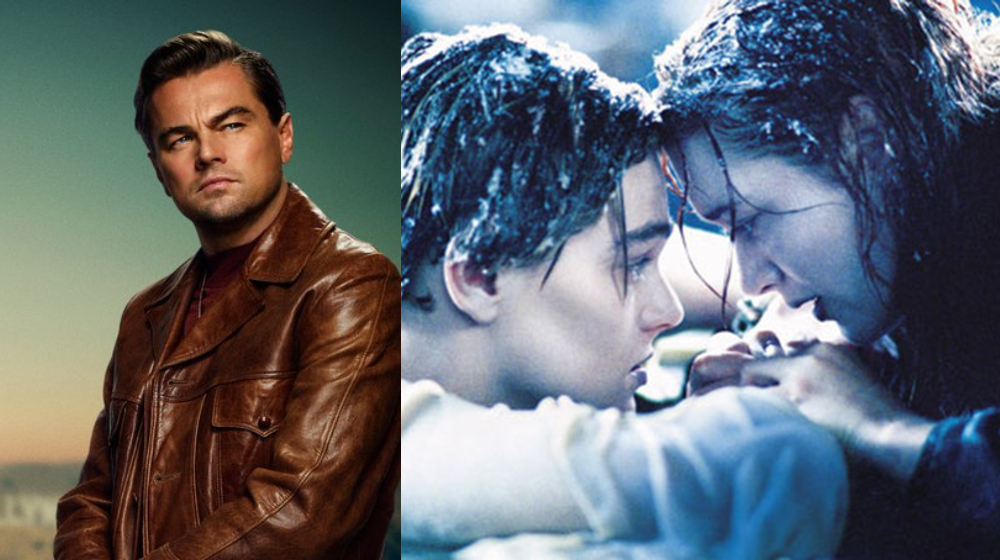 Leo DiCaprio finally answered one of the biggest Titanic fan theory questions, ‘Could Jack have been saved?’

“Could you? Could you have squeezed in there? …..You could’ve, couldn’t you?”

The whole thing is worth a watch for Leo and Titanic fans:

The Biggest Controversy in Modern Cinema?

Brad Pitt and Margot Robbie then piled on the pressure, guilt-tripping Leo into addressing  ‘the biggest controversy in modern cinema.‘

We know that Jack (Leo) let Rose (Kate Winslet) float atop a door after the Titantic sank to keep her from dying in the cold water (sacrificing his life for love). But what if he could have saved himself, by fitting on that floating door with her? That could have been the reasonable thing to do right?

Leo refused to state it clearly, but his salty grin gave it away, as Brad Pitt burst into laughter.

But Margot Robbie, she continued to amp up the pressure. She goes:

“Did you mention it at the time that we should make the door smaller?”

Leonardo tried to maintain his resolve but couldn’t take it anymore. He burst into laughter and quipped:

Leo isn’t the only one to have answered this burning question. Previously, Kate Winslet opened the door to her thoughts on the controversy, that yes, Jack could have been saved.

Leo DiCaprio’s Once Upon A Time In Hollywood

The movie follows the events of the infamous ‘Manson Family Murders‘ in Hollywood, California.

Brad Pitt, Leonardo DiCaprio Team Up for “Once Upon a Time in Hollywood” [Video]

Once Upon a Time in Hollywood release date is slated for August, 9th in Pakistan. The film will release earlier on July, 26th in the United States and other territories.