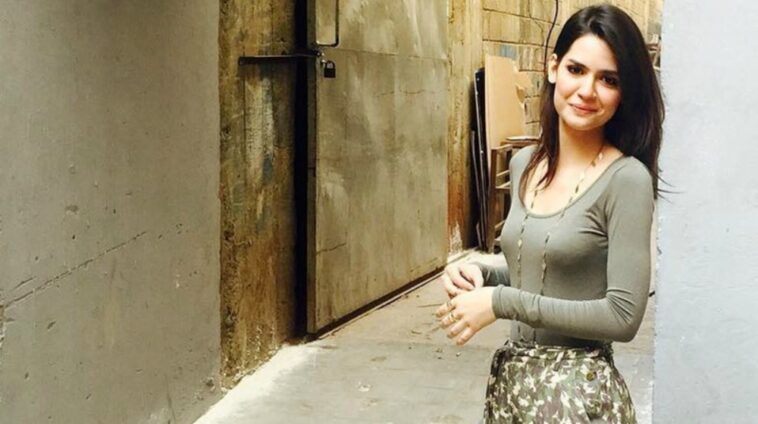 Madiha Imam has made quite the web-series debut with ‘Ek Jhooti Love Story.‘ High off the success of her latest project, Madiha took this time to get into a conversation about how societal pressure makes it hard for women to get married.

Mehreen Jabbar’s web series highlighted the problem of pressurizing women in marriage in South Asian societies. In a recent interview with BBC Asian Network, Madiha Imam touched on the issue once again.

“If something is happening without a reason, sit down, understand, trace and change it. Understand your daughter cannot go through that because it’s traumatic for a daughter who is just not getting married.”

Mohib Mirza Stuns Audience With His Performance in Dushman-e-Jaan

The Muqaddar actress talked about how the pressure to get married ‘on time’ is a widespread issue in South Asian societies, across economic classes. It’s just become a norm after generations of conditioning.

“Extremely realistic because it’s not even a class issue, it’s not even people are rich, not rich, educated or uneducated. It has penetrated all the way down into our culture in the society we are living in, … That’s so inappropriate anyway. It’s a pattern which happened with our parents, grandparents and it’s just happening because people don’t talk about this issue and they just live by it. This is something abnormal,”

She felt the same about gender roles. The Dushman-e-Jan actress agreed with the interviewer that people are conditioned to just live with pre-existing South Asian gender roles. She says they are suppressive and hold women back from their full potential.

“For instance, if a guy is unable to earn a certain amount of money, and his father is retired, he will always be made to feel guilty. If a girl is earning more, she will not be able to get somebody (as a partner) who is a great-natured guy, but earns a little less, because then he will feel dominated.”

Ek Jhooti Love Story cast Madiha Imam and Bilal Abbas Khan in central roles. The web series was produced by the Indian streaming platform Zee5. This web series is one of five series created by Pakistani directors for the platform.

The Baba Jani actress talked about how works like this web-series aren’t here to change things overnight. Rather, the idea is that this will get people thinking about serious topics. In time, with an attitude shift, the public will create a change.

When questioned about doing dramas with regressive representation like Muqaddar, Madiha opened up about having limited choices. She talked about how when she had to choose between another drama about rape and Muqaddar, that had seemed like a better option.

What do you think of Madiha Imam’s opinion? Do you think desi societies need to rethink how women are married off early? 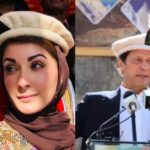 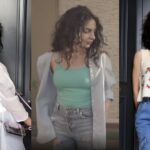