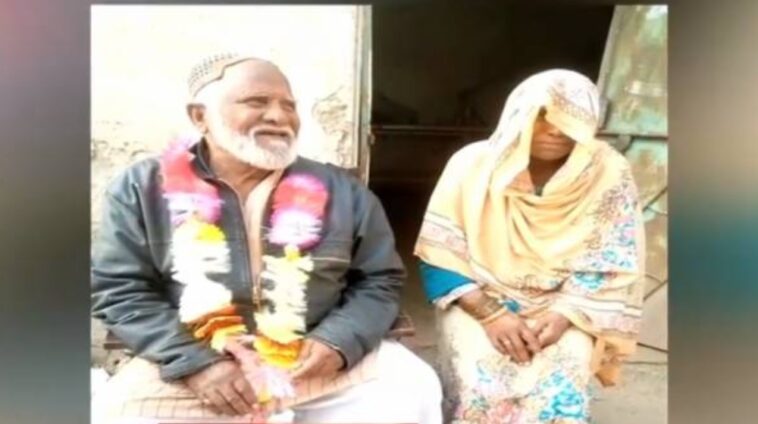 Childhood sweethearts of this 60-year-old love story prove that love trumps all. Two feuding families finally made peace when an 80-year-old man married his 75-year-old beloved.

Attar Mio married his childhood sweetheart Naziran Bibi proving that true love will outlast everything. 24 News reports both senior citizens hail from the village of Manurian in Kangangpur.

Manurian natives Attar Mio and Naziran Bibi fell in love in their youth but could not get married due to staunch opposition from Attar Mio’s family. Attar Mio even recalled a time when his slim chances had him wait out the storm. He reminisced how he proposed and promised to marry Naziran Bibi. However as the feud continued to stir anger between both families, he had to give up at that time.

After keeping his 60-year-old flame alive all these years he extended his proposal to Naziran Bibi’s family yet again after decades, in 2021.

This time around there was no opposition. Looks like the feuding members of the families weren’t around to get in the way of love this time.

In fact, the families celebrated the wedding of the childhood sweethearts with much zeal. Attar Mio’s family hosted an appropriate Walima to celebrate a wedding that is finally happening after 50-years of efforts and waiting. However the ceremony, held in Hashimpur Mohallah in Kangangpur, was quite sober to match the tastes of the elderly couple.

Kangangpur is a town in tehsil Chunian, in district Kasur, located 115 kilometres away from Lahore. It is a frontier town adjoining the Indian city Firozpur from east and Okara from west. 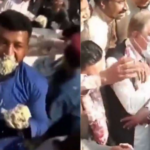 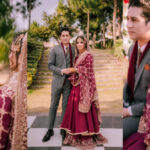