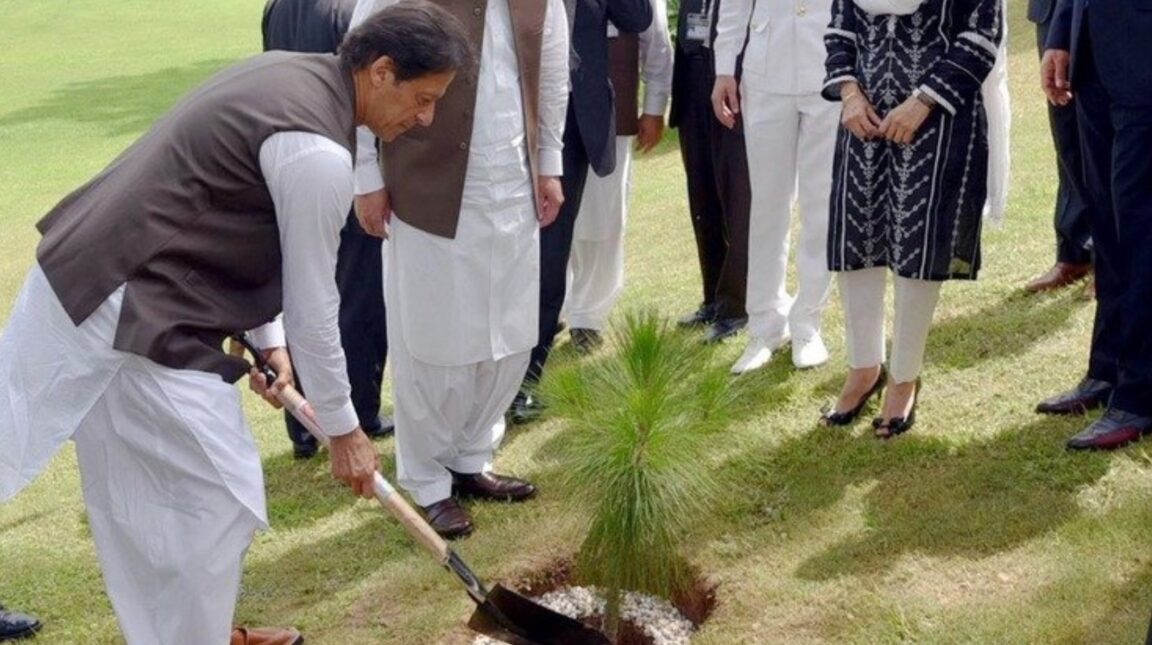 A weird incident took place in Khyber Pakhtunkhwa recently. As part of Prime Minister Imran Khan’s 10 Billion Tree Plantation drive, a group of men planted some saplings in a disputed area in District Khyber. But not too later, another group of men raided and sabotaged the tree plantation drive.

If you thought this maniacal behavior was strange, it gets weirder from here. The oddest part is how these people later returned to replant those trees, after a run-in with the law.

District Khyber falls in KP’s tribal areas. In KP’s Khyber district, a plantation drive was organized after consultation with the locals. The locals agreed to the location and showed up on the day of the plantation to plant trees. However, they were stopped mid-way when another group of men thought it would be fun to uproot their efforts.

These men came with shovels to destroy and dug up the trees. All hell broke loose as they jeered and cheered about their actions. Why did they do this? Apparently the land decided for the tree plantation was disputed property.

Looks like District Commissioner Khyber didn’t do his due diligence in this regard. But was killing trees the answer?

The trees could have been carefully removed and planted elsewhere. Who will answer for this waste of taxpayer money?

After videos of the incident went viral, authorities got involved. As the miscreants faced legal fall-out, they were offered an option to fix what they’ve done.

And @Plant4Pak says the chief minister has taken notice. CM should question the district administration.

The men had to plant trees in place of the trees they destroyed. They were also made to promise to plant even more trees on the land.

KPK Government has taken action against the offenders involved in damaging plants in Khyber District earlier in the morning! The residents apologized on their behalf and not only they are replanting the trees but also promised to plant more trees 🌲🌲🌲 pic.twitter.com/WHmaBWtOyk

It’s unfortunate how the land turned out to be disputed, but the locals were consulted in the matter and the plantation was planned once they were on board. Yet, a few locals decided now was their time to go against the grain.

Once it was all over, residents had to apologize on their behalf too.