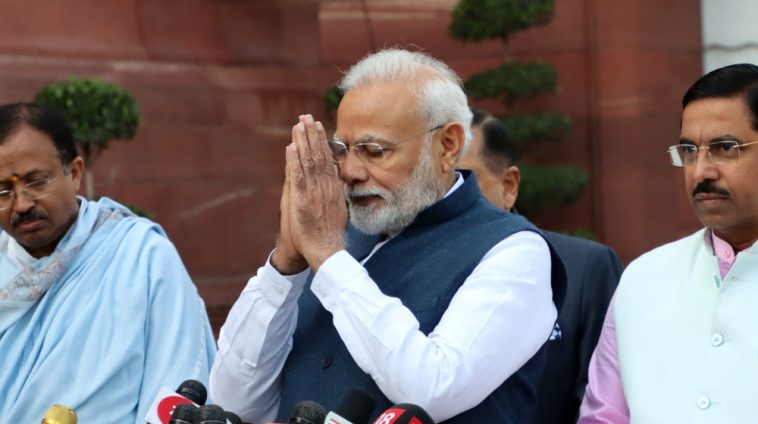 Narendra Modi, India's prime minister, center, greets the media during a news conference at Parliament House on the opening day of the Budget Session in New Delhi, India, on Friday, Jan. 31, 2020. India's Finance Minister Nirmala Sitharaman is scheduled to present the annual budget on Feb. 1, and is expected to outline measures to boost consumption in Asia’s third-largest economy, which is set to expand 5% in the fiscal year through March, the weakest pace since 2009.​ Photographer: T. Narayan/Bloomberg

We’re all guilty of sharing our inner turmoil on social media when we can’t sleep. Perhaps Indian Prime Minister Narendra Modi was doing the same when he tweeted out that he might dump his social accounts by Sunday.

Looks like the Bhartiya Janata Party (BJP) leader is under pressure.

Rather than asking him to stay, Netizens ended up trolling the PM instead.

I will quit Twitter, FB and Instagram. I will give my full attention to tik-tok now onwards. Mooh se paani ki pichkari nikaalkar i am a rider, provider videos banaunga sambit ke saath.

There were people doubting his ability to stay off the socials.

They also suggested that he switch to something more age-appropriate for him. So… TikTok anyone?

There were even suggestions for him to take his troupe with him.

Earnestly wish you would give this advise to the concerted army of trolls, who abuse-intimidate-badger-threaten others every second in you name!

PM, it's your fans and partymen that encourage genocide by spreading lies on their social media accounts.

Please ask all of them also to give up.

At-least then, we won't go to stage 9 and India can once again hope to become a peaceful progressive country. pic.twitter.com/nmeYRJSJlx

What will happen to all the “Blessed to be followed by Narendra Modi” gang?

Speaking of the hate brigade. When Modi accounted that he’d ditch his socials, Indian Opposition leader Rahul Gandhi was one of the first to respond. He suggested;

“Give up hatred, not social media accounts.”

Give up hatred, not social media accounts. pic.twitter.com/HDymHw2VrB

There is also speculation that this move is a prelude to a social media ban in the country. India is no stranger to social media regulation.

The PM's abrupt announcement has led many to worry whether it's a prelude to banning these services throughout the country too. As @narendramodi knows well, social media can also be a force for good & for positive & useful messaging. It doesn't have to be about spreading hate. https://t.co/B87Y7Mc32a

Time for Indians to develop their own platforms for media. Otherwise, Indians will never have control of the narrative and are powerless to stop anti-Indian lies and extremism that stokes hatred of Indian people.

Amid all the hype around Narendra Modi’s ‘Digital India‘ campaign, quitting social media doesn’t make sense. Which explains why most people took his statement to quit social media as a joke. 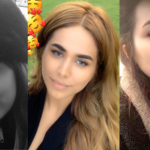