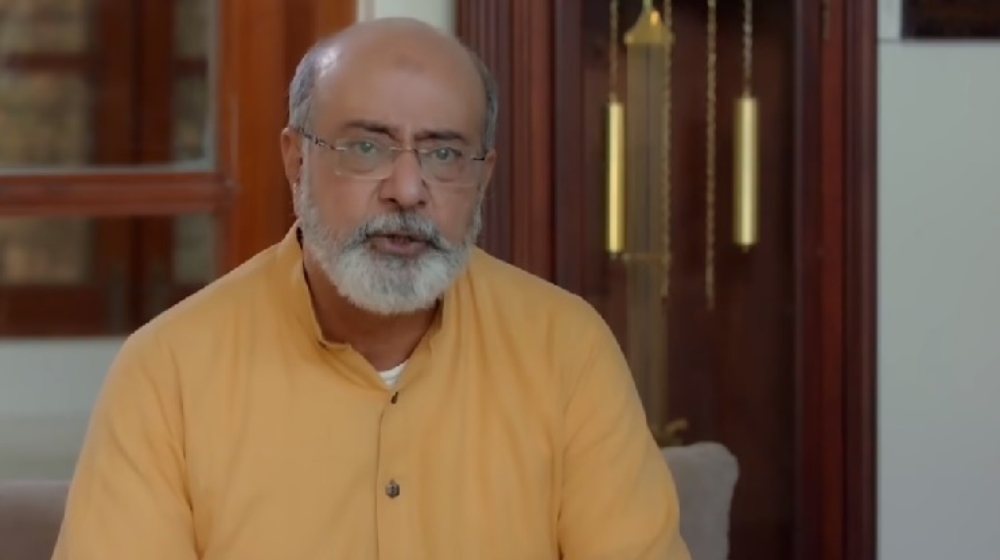 Veteran artist and drama creator Mohammad Ahmed is universally loved for his body of work. You’d think the fraternity would extend the same courtesy to him. But it seems like that is not the case.

The actor opened up about how his worst ever experience was with a fellow actor.

We all know writer and director Mohammad Ahmed from his beloved characters in hit drama serials such as Suno Chanda, Meray Pass Tum Ho, etc.

Despite all the love and admiration from drama fans, the Ruswai actor had to deal with mistreatment from a younger actor.

In an online interview, Mohammad Ahmed broke down as he recalled the incident.

“Now is not an era when I or someone else can say anything or tell young actors that they doing it wrong.”

It started with a discussion on how young actors do not show up on set on time. He then recalled an incident when he politely spoke about the issue to a young actress that showed up four and a half hours late.

The actress had hurled obscenities and misbehaved with the veteran when he pointed out the unprofessional conduct.

“I have faced a horrible incident in my life that led to the decision to not speak up. A young actress arrived four and a half hours late to the shoot. When I asked her assistant ‘How long did you have to wait for her in the car?‘, you won’t believe how viciously the actress insulted me.

I can’t even repeat those words verbatim, which she used for me in front of everyone, … She hadn’t recognized me, and when I told her ‘Beta, I am of your father’s age‘ the obscenities she hurled at me I can’t repeat that.”

Did Javed Sheikh Play a Role in Getting Momal Sheikh to Bollywood?

Mohammad Ahmed said that he couldn’t torment himself like that just to correct someone’s bad behavior.

“Every person has some self-respect. Even if no regard for anything, (people) do have regard for age.”

“Shut down ‘parchi’ and nepotism, and for the love of God allow those young people that are highly educated (in performing arts) to come foward. This will change everything in th industry. They (people educated in art) are very disciplined, organized and professional,”

He wants students of performing arts and filmmaking to get a chance.