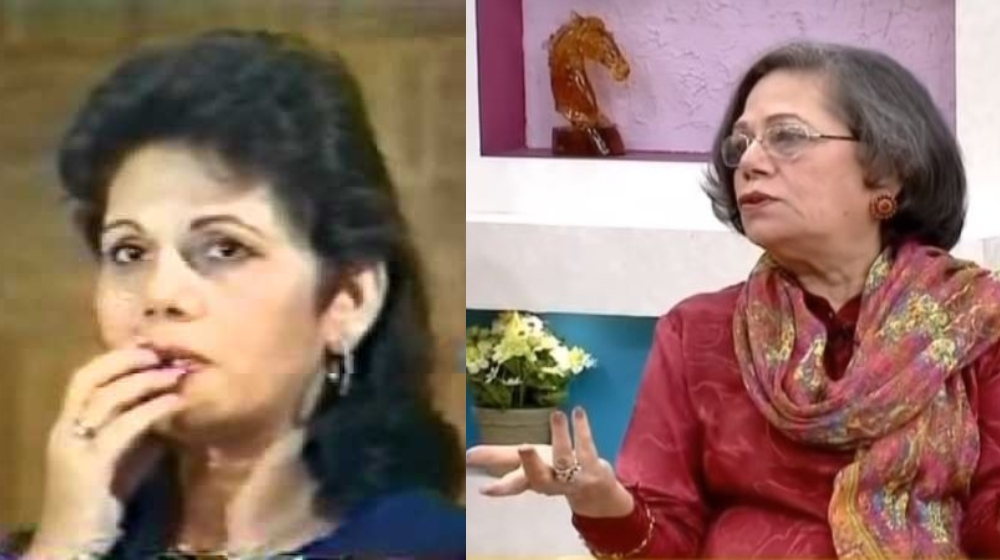 Veteran actress Badar Khalil talks about retirement in her interview on Rewind with Samina Peerzada. The Dhoop Kinare actress also opened up about the lack of respect for seniors in the showbiz fraternity these days.

While she has no qualms about respect from fans, she’s disappointed with the treatment of seniors in the biz by the fraternity. Badar Khalil asserts that fans still adore and respect her.

The veteran artist stated that after half a centennial, all she asked for was respect from people within the industry.

“But after spending so much time in the industry, and I’m not taking any names or anything, I just felt that there was no respect for me. Don’t get me wrong. The public, the fans give me a lot of respect but people from the industry and TV channels do not.”

Famous Pakistani Celebrities Who Passed Away in 2019

The clip of her interview with Samina Peerzada has gone viral as people reminisce about the legendary artist.

Badar Khalil said that she retired two years ago because of the lack of respect in the industry.

“I was shocked when you told me you had retired. An actor never retires…what happened,”

When Samina Peerzada opened up about her astonishment of how an artist can retire, Badar Khalil reveals why she did what she did;

“Well, in this country, they do. No one respects seniors,”

Where the Fraternity Went Wrong

The Tanhaiyan actress then took viewers on a walk down memory lane. As she aged, she expected to take on appropriate roles. What she wasn’t expecting was the disregard for her services from the industry.

“I have worked in this industry for 50 years now. I have seen the good times and bad, done all sorts of roles – young to old. I played an 80-year-old in Be Jamalo when I was a 20-something actress,”

Previously in 2016, the Ankahi actress opened up about the disregard for her 50 years of service when she was handed the ‘Life Achievement Award’ at the Hum Awards 2014.

The Marvi actress explained that Fawad was not to blame. When Sultana Siddiqui was apparently honoring her, she should have respected her rather than hand her an award.

Badar Khalil stated that after years of service all she asks for is respect. Hence she left HUM TV’s ‘Life Achievement Award‘ at the show.