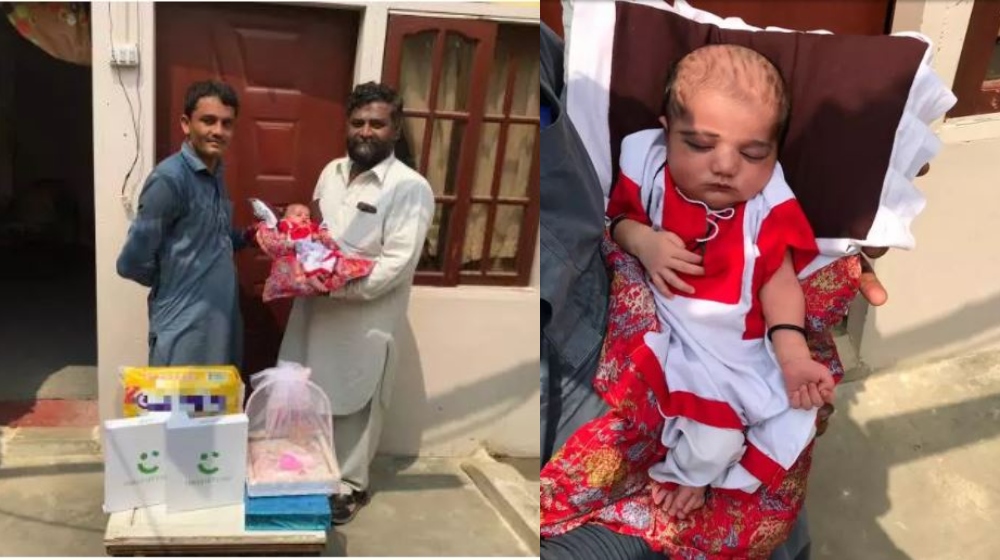 A woman gave birth in a Careem ride on the way to the hospital on September, 22nd and we’re just finding out about it just now. As for this ‘Careem baby’, she gets to have free rides for life.

This miracle could not have been possible if not for Careem captain Iqbal Khan. He was the only one with his head straight in all this pandemonium and got the parents and newborn to a hospital to ensure all were safe. The incident took place at Karachi.

While it is not uncommon for babies to be delivered en-route to hospitals in taxis and even a ricksha, this was a first for Careem.

Welcome to the world, little one! 👼

The Careem family extends their best wishes to the new parents.#HappyParenting pic.twitter.com/MoTuk4MePy

Apart from a possible name change for their ‘delivery service’, the company is taking this first ‘Careem baby’ Fareeha very seriously.

MD Careem Pakistan, Zeeshan Hasib Baig lauded his company’s captain for his support to the customers. He thinks its a sign of Careem ‘reinforcing values among the Captains‘

“This is one of the first babies born in-ride, makes it a first for Careem in Pakistan. We are thrilled to welcome a Careem baby into the world and the team sends our best wishes to the happy family. We also commend the Captain’s support throughout the whole situation, it definitely shows how Careem ensures the reinforcing values among the Captains.”

The Careem team sent out love and best wishes to the baby girl and the new parents. As well as free rides for life for baby Fareeha.

On September 22, 2019, at 11:31 am, while en route to the hospital, the customer Saima’s water broke. Before she could get to the hospital she gave birth to a beautiful baby girl, on the back seat of a Careem ride. That is how the first Careem baby came to be.

Saima, her husband Sibtain Hussain and the mother-in-law were with her but it was the Careem captain Iqbal Khan that talked the parents into still going to the hospital to ensure all were safe.

The incident was taken up by Careem’s Trust and Safety team to ensure the safe delivery of the baby.

“The customer boarded the car along with his mother and his pregnant wife and asked me to rush towards Sobraj Maternity Hospital, Saddar. The customer’s wife was in an unstable condition from the moment she sat in the car and delivered her baby during the ride. However, the customer was safely dropped at the mentioned dropoff location and reported that the baby and the mother both were well and fine.”

Fareeha’s father Sibtain Hussain explained that he might not have taken a Careem if his friend hadn’t suggested it. He was the one that booked the ride for Sibtain.

“My friend told me it’s better to take a Careen rather than a taxi or the hassle of a riksha. So I thought okay if you say so. My friend was the one that booked the ride for us. It was much more convenient.”