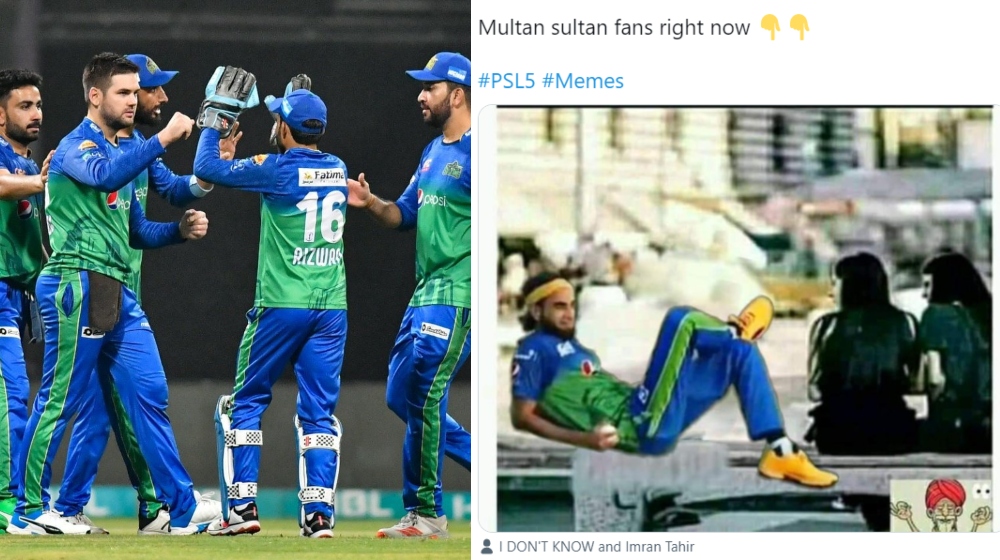 As Multan Sultans mark their maiden Pakistan Super League (PSL) victory fans couldn’t be happier for them. Much like any other occasion, the festivities required that we bring out the memes.

Despite being the team to fall short for five seasons now the Sultans emerged as the victorious underdog in PSL6. Despite Zalmi being a former PSL champion and having won the toss the Sultans took home the trophy.

While Zalmi has made its way to the finals three times now, this was the first time the Sultans managed to make it to the finals. And they swung it out of the ballpark in their first go!

As Twitter celebrates their victory #Champions is trending on Twitter. Amid the love for the team and praise for key Sultan players, of course, there were memes.

Just a reminder that Multan Sultan were on last position on points table when PSL was resumed, What a turn around for M.Rizwan ❤️❤️ pic.twitter.com/KfZxc6onsu

The underdog taking the trophy came as such a surprise that we needed memes to let that sink in. These memes called out everyone from people that aren’t cricket fans….

What even? How many such ‘fans’ crawled out of the woodwork? Led by former legendary cricketer Wasim Akram, Multan Sultans had quite a fanbase. However, repeated losses in every PSL led to that following waning, … until now.

Yet many Sultan fans didn’t lose hope. That resilience finally paid off!

The memes even called out all those mean comments about the Sultans all these years.

You never know when things might take a turn for the better. Kudos to the Sultans for going steady and finally winning big.

Ohh that one really struck a nerve. Things just got heavy.

So did Karachi and Lahore fans enjoy the show?

Sometimes memes about the most random bits of the match are the funniest.

Are there any memes we missed that you’d want to see on this list? Share your favorite PSL6 final memes in the comments below.

All memes aside, huge shoutout to Multan Sultans on their maiden PSL victory. They took us all by surprise, but it’s a good surprise.