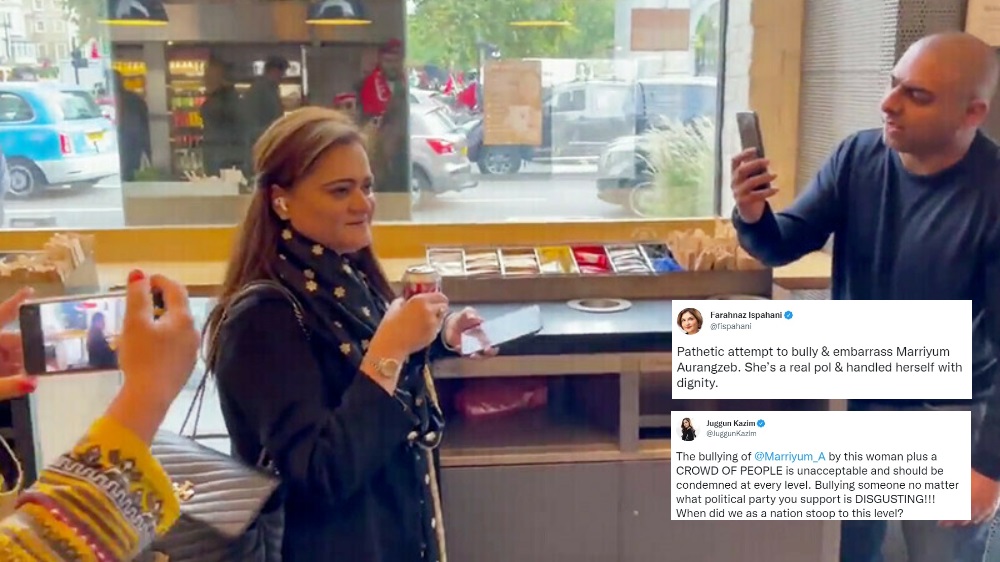 In an interesting turn of events, PML-N member Marriyum Aurangzeb has won the sympathy of netizens for maintaining her composure while being harassed by PTI supporters in London last week. 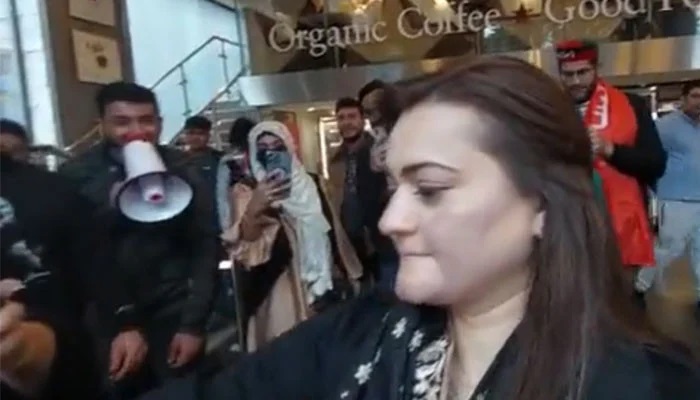 A viral video showed her being hounded by PTI supporters on the streets of London. The 42-year-old federal Minister for Information and Broadcasting was heading to the Pret a Manger restaurant to grab a drink when the expatriates verbally abused her and chanted “chorni, chorni” (thief, thief).

When a woman from the crowd decided to ask the minister some questions, she calmly answered them and remarked,

This attitude is harmful to the image of Pakistan. You asked me three questions and I have answered them all. This is the way of having a decent conversation.

The bullying of @Marriyum_A by this woman plus a CROWD OF PEOPLE is unacceptable and should be condemned at every level. Bullying someone no matter what political party you support is DISGUSTING!!! When did we as a nation stoop to this level? https://t.co/Xo0WnM9PeB

Pretty decent of Marriyum Aurangzeb to not react to the worst Pakistani diaspora ever that resides in 🇬🇧 https://t.co/6bsKjFi4Qe

I strongly condemn the Harassment of @Marriyum_A Marriyum Aurangzeb.Political differences have their place but no one is allowed to use words like disrespect. This is a clear violation of ethics https://t.co/Q2FI3a8tgL

Huge respect for her. She beautifully handled these zombies.

Just repeat the same with Yasmin Rashid or any other PTI minister and see how it will be called harassment and what not. Double standards. pic.twitter.com/kXZXyvsVSy

Bullying and harassment have no justification but Pakistan’s political climate has grown toxic over the decades. With political parties like PML-N, PPP, and PTI attacking each other, it is not surprising that their supporters take to expressing the same animosity for politicians from rival parties.

What is your take on how Marriyum Aurangzeb handled her harassers? Share your views about it in the comments below.