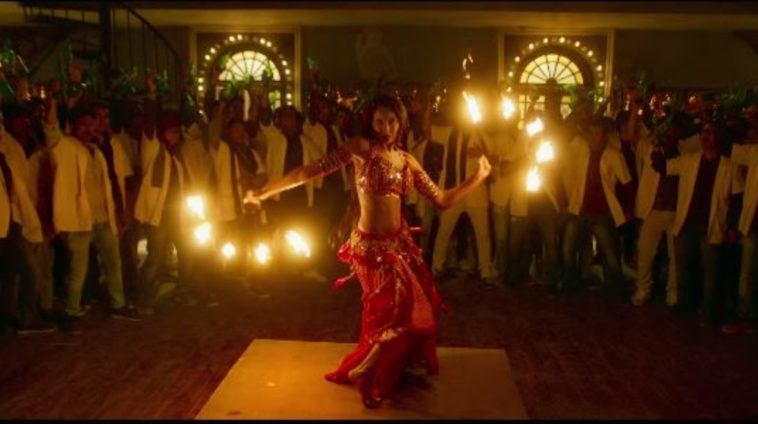 Bollywood’s item girl Nora Fatehi made her debut with the remix of ‘Dilbar Dilbar‘.

Now she has another jaw-dropping performance in the remix for ‘O Saki Saki‘.

The original ‘O Saki Saki‘ was part of the soundtrack for the feature film Musafir in 2004. Unlike her ‘Dilbar‘, this time Nora Fatehi isn’t revamping a classic.

As if Nora Fatehi wasn’t a smoke show on her own, the director threw in fire dancing to the mix.

“Getting the opportunity to be able to perform on a song like O Saki Saki, which is has been made on such an epic level by Tanishq, sung by Neha and Tulsi is a dream. The way Tanishq has composed this song is out of this world and I knew visually I’ll have to match up.

I learned to dance with fire fans for the first time within only 3 days and I must say it was extremely challenging. As the fire fans were heavy and dancing with fire is very risky. it was difficult to maneuver and dance with them effortlessly.

Thankfully, I had the drive to do it because I wanted the audience to see me add something new to my dance.”

In between, we see shots of John Abraham, especially during the male vocals. Perhaps this time around Nora Fatehi got a more involved role.

From the melody to the sultry vocals, a lot about the remix makes it stand apart from the original. The remix really is nothing like Vishal and Shekhar’s ‘O Saki Saki‘. The remix has an Arabian rift, again tapping into Nora Fatehi’s Arab roots.

Tanishk Bagchi recomposed ‘O Saki Saki‘ while Tulsi Kumar and Neha Kakkar lent their vocals to the remix. The original had a powerful set of vocals too with singers Sunidhi and Suhwinder.

‘O Saki Saki‘ has been remixed for Nikhil Advani’s Batla House. In an interesting twist, Balta House cast John Abraham as the lead, with Nora Fatehi in a pivotal role.

Nora is excited about stepping in as an actress. Hence ‘O Saki Saki‘ is not a pointless item number, it actually leads to ‘a very important sequence of events that carries the story forward‘.

“The best part is I’m acting in the film so my character’s performance to the song saki in the film leads up to a very important sequence of events that carries the story forward,”

The ‘Dilbar girl‘ is looking forward to growing and giving something new to the audience.

“As an artist I always want to take it up another level, give something new to the audience and push my self further, be it with my desi avatar or with the intense hook step in the video O Saki Saki, I am hoping I’m able to achieve that and I’m looking forward for the audience to see my performance throughout the film.”

Not So Happy Mitra

Meanwhile, Koena Mitra isn’t the happiest, since Nora Fatehi really did steal the show. Mitra was supportive of her though. We agree that she’s the best part.

My song from Musafir #Saaki Saaki" has been recreated.
Sunidhi, Suhwinder, Vishal, Shekhar combination was outstanding. Didn't like the new version, it's a mess! This song had crashed many blockbusters! Why batlahouse, why?
P. S: Nora is a stunner. Hope she saves our pride.

The song that once marked Koena Mitra’s debut has been sidelined by a fiery performance by Nora Fatehi.

“I feel such iconic songs should not be touched. Nowadays, most films are using old songs and remixing them. I don’t think it’s a good idea; they should create new ideas and videos. ‘Saaki Saaki’ and ‘Musafir’ is not old; it’s still fresh in our mind. I thought it was too early to recreate it again.”

While ‘O Saki Saki‘ is a famous song, it is not considered a classic.Perhaps this new remix might just change that. 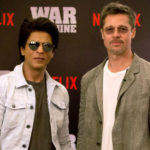 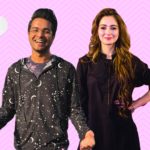