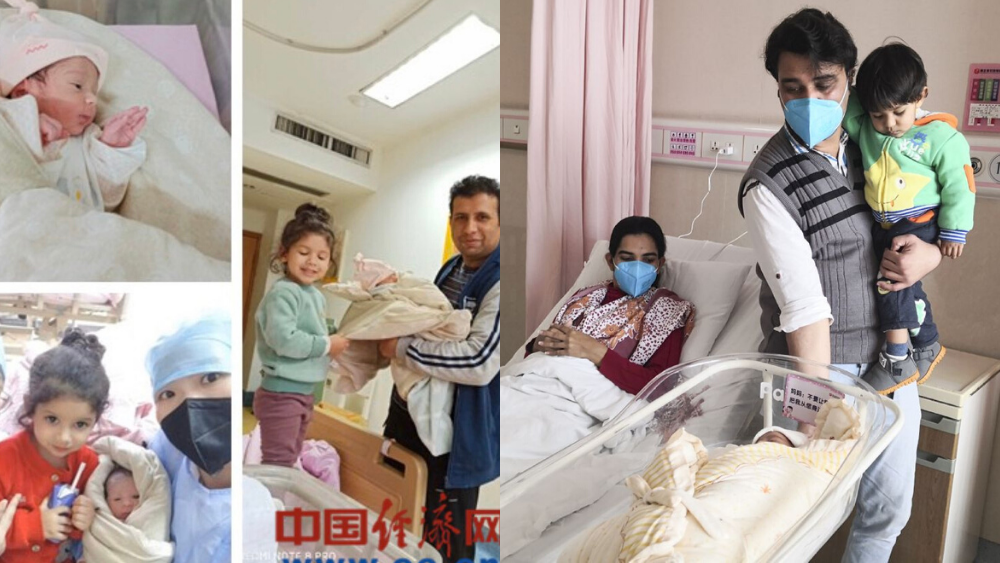 Amidst the viral outbreak, good news is hard to come by. A Pakistani couple weclomed a healthy girl on Friday 27th, at the Maternity and Child Healthcare Hospital of Hubei Province in Wuhan.

The father of the newborn baby is Ashaq Ali, who is a doctoral student studying Virology at the Institute of Virology Wuhan University. Filled with happiness, Mr. Ashaq did not ignore the help he and his wife received from the community during this time.

While thanking them, he said,

Special thanks to local foreign affairs office and community that they facilitated me for my wife’s routine checkup, counseling with hospital and provide transportation. They also facilitated me in baby shopping when there was virtually no possibility.

As a field expert himself, he claims to have learnt a lot from the Chinese and says they have set a global example on how to combat disasters such as COVID-19.

I am the only Pakistani who worked throughout this pandemic in my lab at Wuhan Institute of Virology.

He further added that the times were difficult and leaving his wife was not easy, but the Pakistani embassy and local community helped him a lot.

With everyone’s support Ashaq is able to perform both his family and professional responsibilities. He first came to Wuhan in September 2018 to complete his doctoral studies that will be done by 2021.

This was not the first Pakistani baby to be born in Wuhan during this pandemic. Here’s the other such birth that happened in the same city.

Fighting Stigma : Pakistani student gives birth to baby girl in Wuhan, China: Bushra Bibi, studying for a Ph.D. in Law at Wuhan University gave birth to a baby girl four days ago at the Maternal and China health Hospital of Hubei … https://t.co/Y1ZvVPevIX

Newborn Girl Gets Named After Corona By Her Family