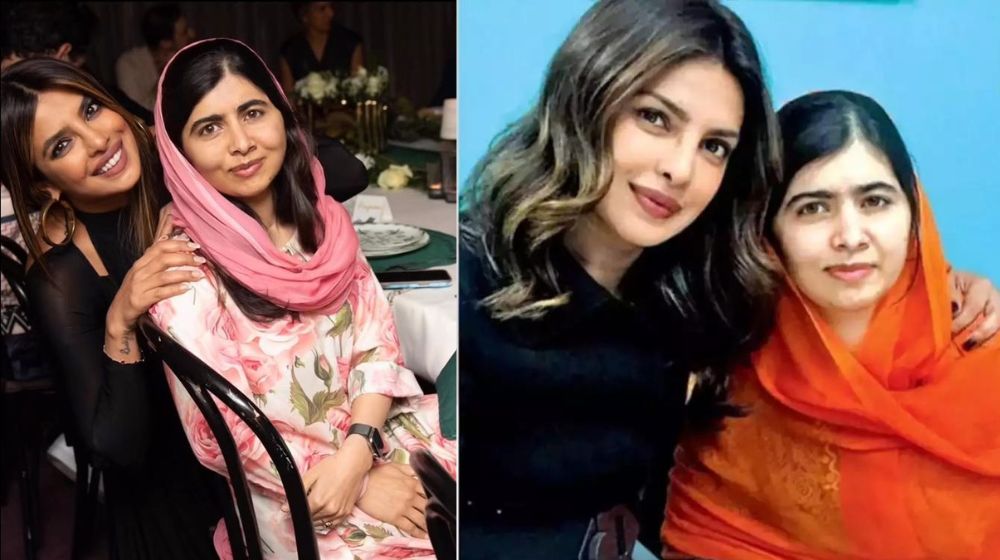 Bollywood queen Priyanka Chopra seems to have a soft corner for Nobel prize winner Malala Yousafzai. Time and again, we have seen them together, striking poses together for a picture or admiring each other on social media.

Both the ladies are affiliated with the United Nations and are often seen raising concerns about human rights.

The Quantico actress recently shared a picture of herself with Yousafzai and American poetess Amanda Gorman at the United Nations General Assembly (UNGA) which she captioned:

So proud to share the stage with these two remarkable women. 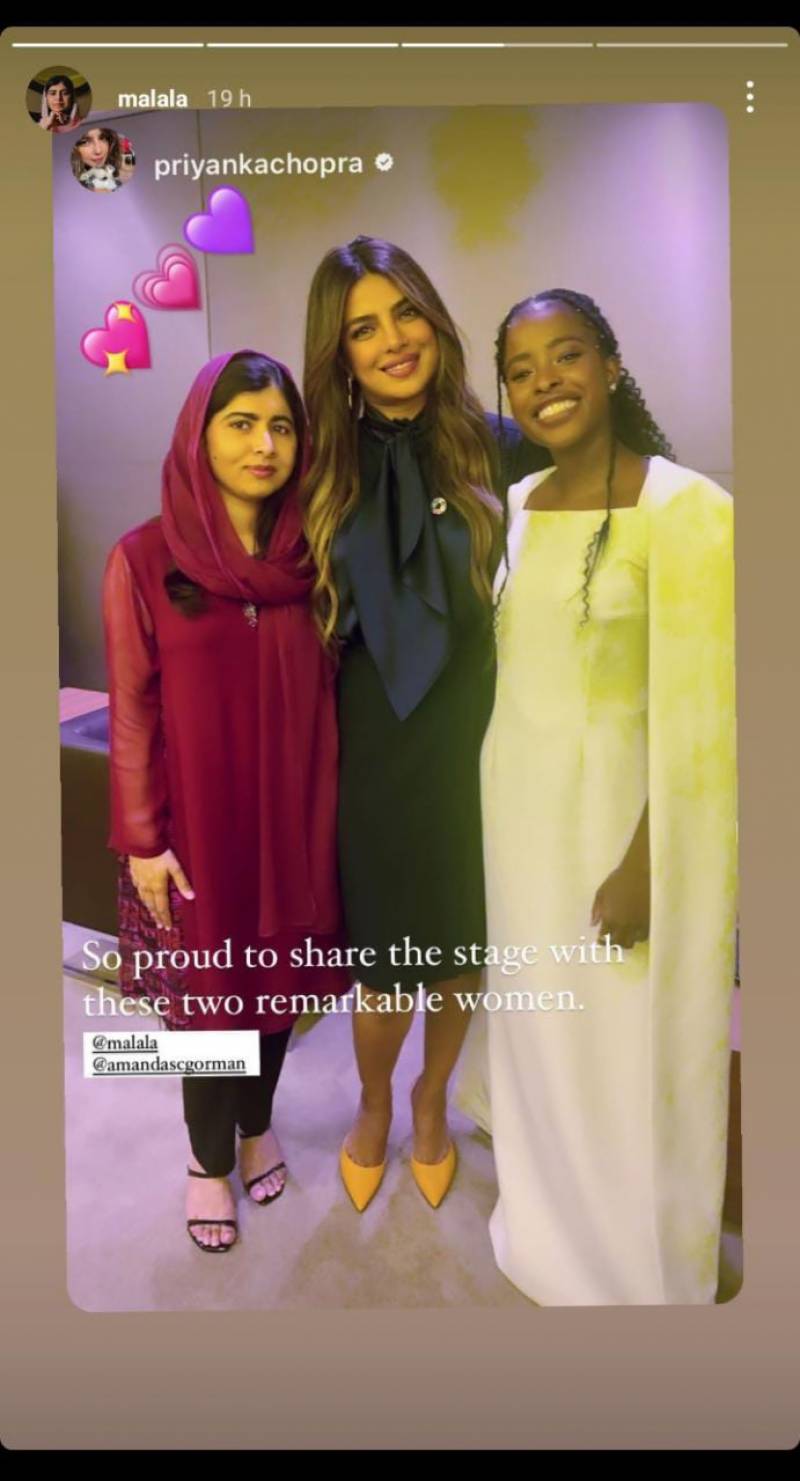 Chopra also took to her Instagram and shared pictures of her speech, captioned,

Walking through the gates of the United Nations this morning to speak at UNGA for the second time, as a proud representative of UNICEF, gave me real pause.

The Bollywood actress shared another intriguing photo on her gram story with the Oxford graduate from Pakistan having dinner in New York City, with the note

Two desi girls having a nightout in NYC! 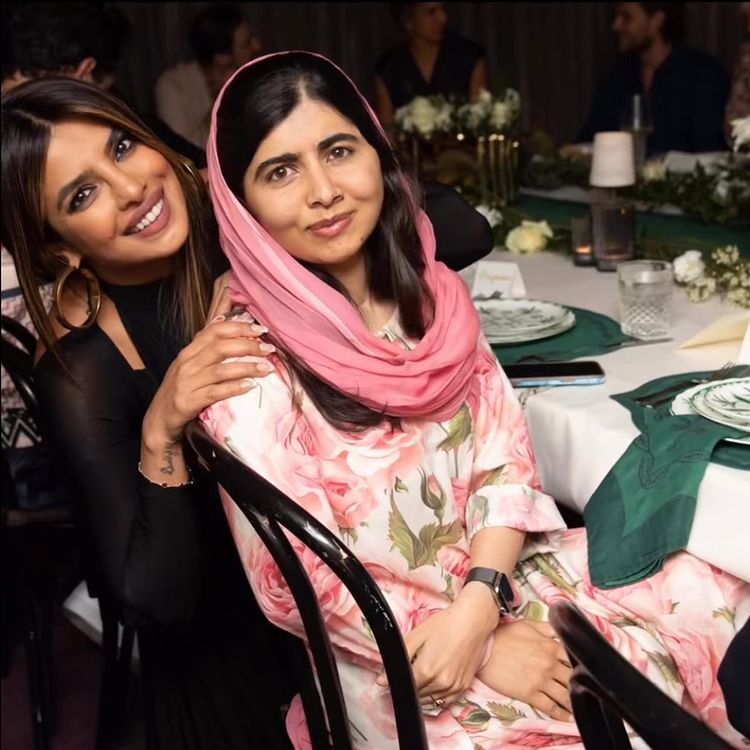 Chopra recently spoke at a conference at the UN Assembly in New York, highlighting the UN’s new agenda and about children’s right to education.

The second moment I had the privilege of participating was the Transforming Education Summit. It’s hard to believe that nearly 2/3 of children across the low- middle- and high-income countries cannot read and comprehend a simple story. The system has failed them.

As the US Secretary of Education @seccardona put it so candidly, education is the great equalizer, but if we continue to do what we have done, we are going to get what we have gotten. We owe every child this basic birthright, an equal chance to learn and reach their full potential.

On the other hand, a picture of Malala preparing for her speech at the UNGA is making waves on the internet. She also shared a picture of herself with an Afghan student on Instagram. 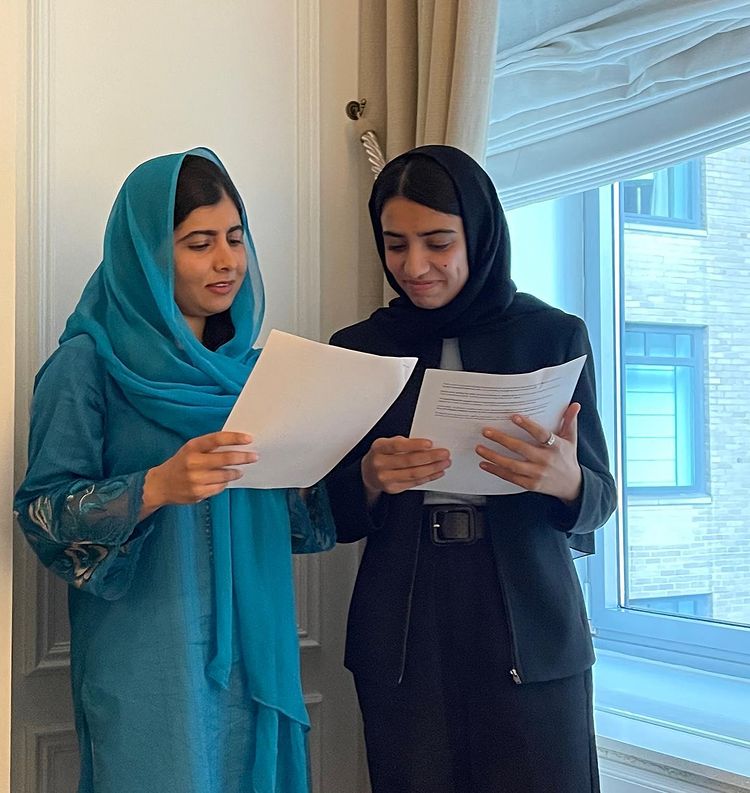 What is your take on this camaraderie? Let us know in the comments below.