Following the life of the British-Pakistani singer, ‘Dil Ki Lagi – Kuch Aur Bhi‘ is a tearjerker. Especially the opening message by her brother Zoheb Hassan.

“The purpose and objective of this documentary is to providing recognition and tribute to the late Pakistani pop icon.”

A compilation of her interviews and music videos, the documentary about Nazia Hassan was directed and produced by Kamran Jawaid Aziz.

Nazia Hassan’s birthday is commemorated on 3rd April across Pakistan. The British-Pakistani was born in Karachi in 1965. She brought playback singing to Pakistan in the late 1970s.

The child star was featured on several PTV shows. By the age of 15 she made her Bollywood playback debut with Aap Jaisa Koi a hit single from the 1980 Indian film Qurbani. In 1981 Nazia Hassan won a Filmfare award for the song.

That same year, she also became the first playback singer to release an album with Disco Deewane. Success never left her side since. By 1992‚ she released her fifth studio album, Camera Camera, with her brother Zoheb Hassan.

The talented young woman passed away while battling lung cancer on 13th August 2000 at the age of 35. Even now Pakistan remembers Nazia Hassan’s birthday.

The Government of Pakistan has conferred upon Nazia Hassan the highest civilian award  Pride of Performance. 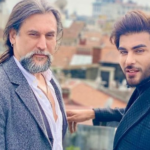 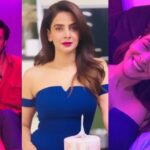