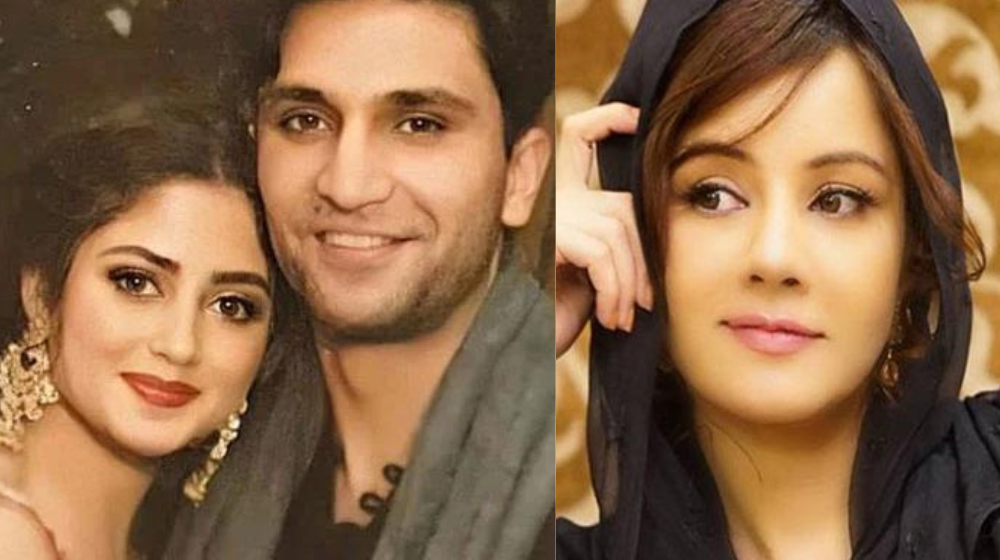 Lately, divorce has become quite a common issue in society. Even in our media industry, marriages are dying young with couples parting ways citing ‘irreconcilable differences.’ Fans are still heartbroken due to the Ahad-Sajal divorce and are curious about Farhan and Urwa’s sinking marriage. Recently, the Aamir-Dania divorce has taken the internet by storm. Both individuals are assassinating each other’s character and their disagreements have taken an ugly turn. Addressing this matter, Rabi Pirzada took it to her Twitter and gave her two cents on the ongoing divorce trend. 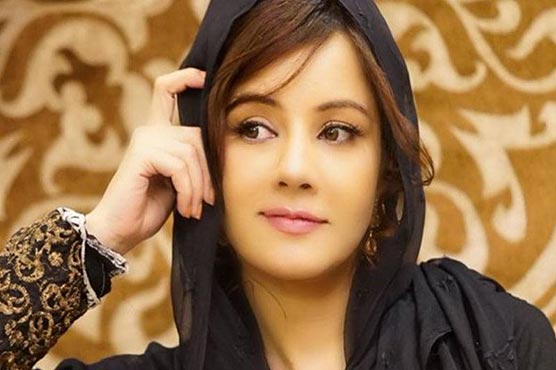 “I was very sad about the divorce of Sajal and Ahad, but neither of them did character assassination of each other.Marriage is a very respectful relationship. Don’t make it a circus. We all have to die and have to answer to Allah for our actions. Aren’t those who know religion better than me afraid to get seized? #AamirLiaquatHussain” 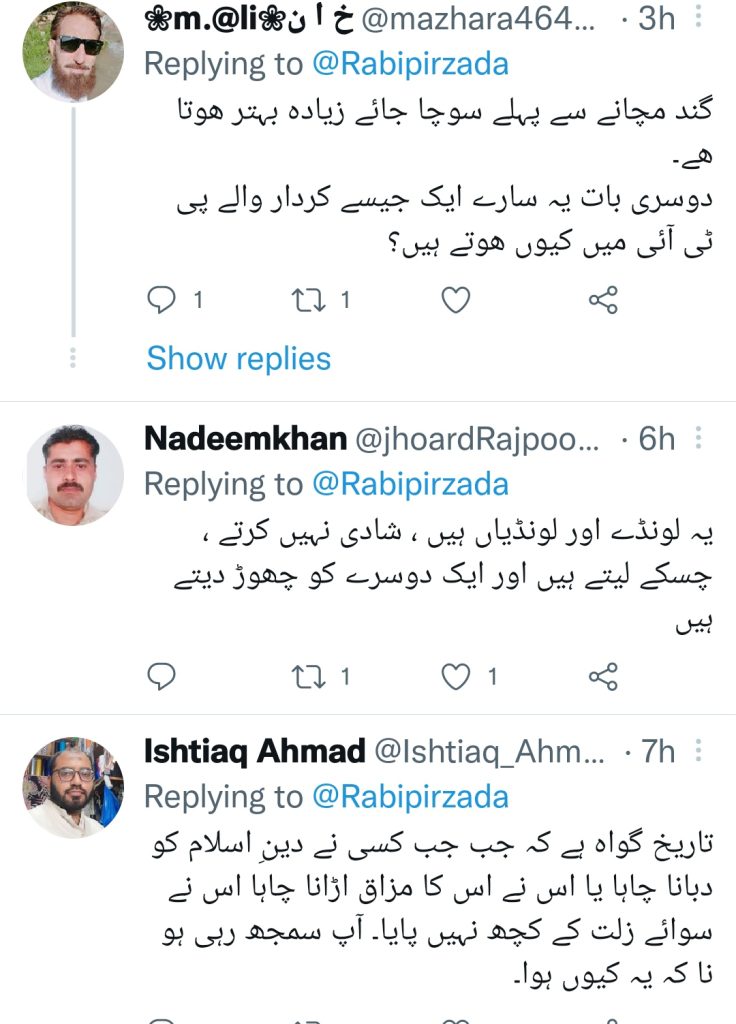 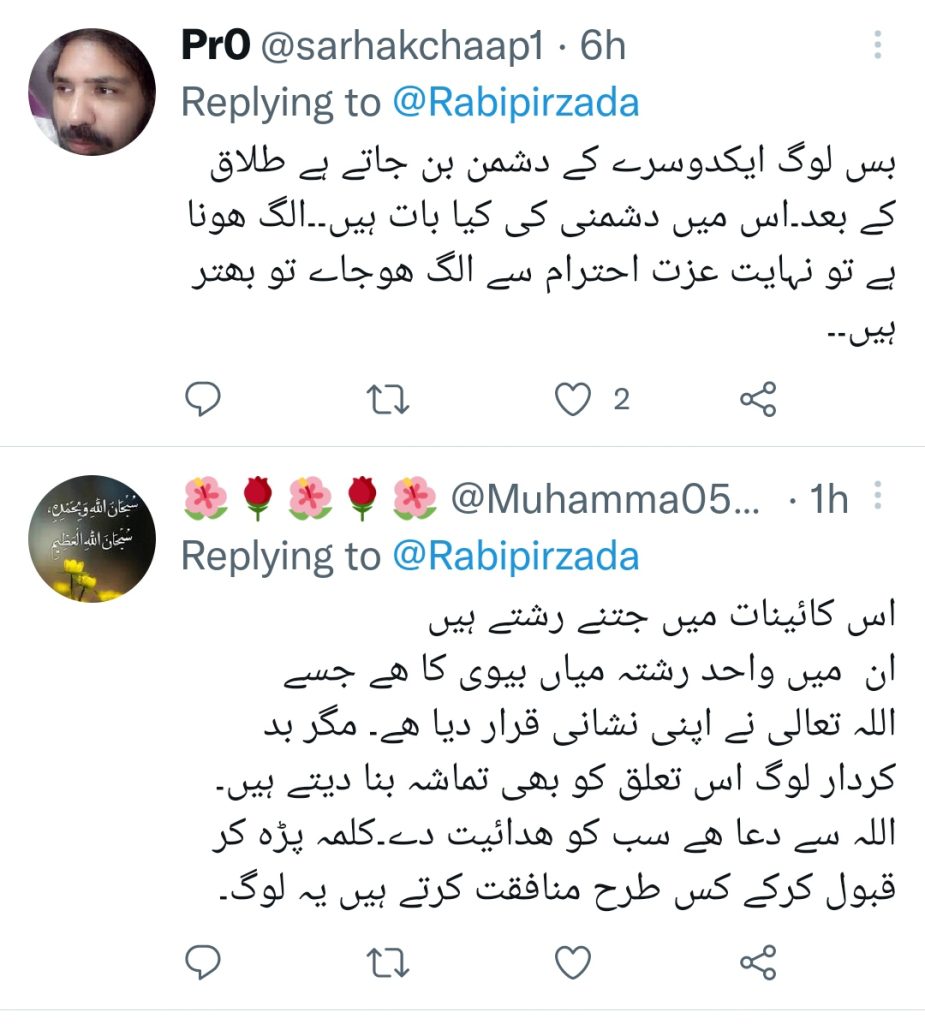 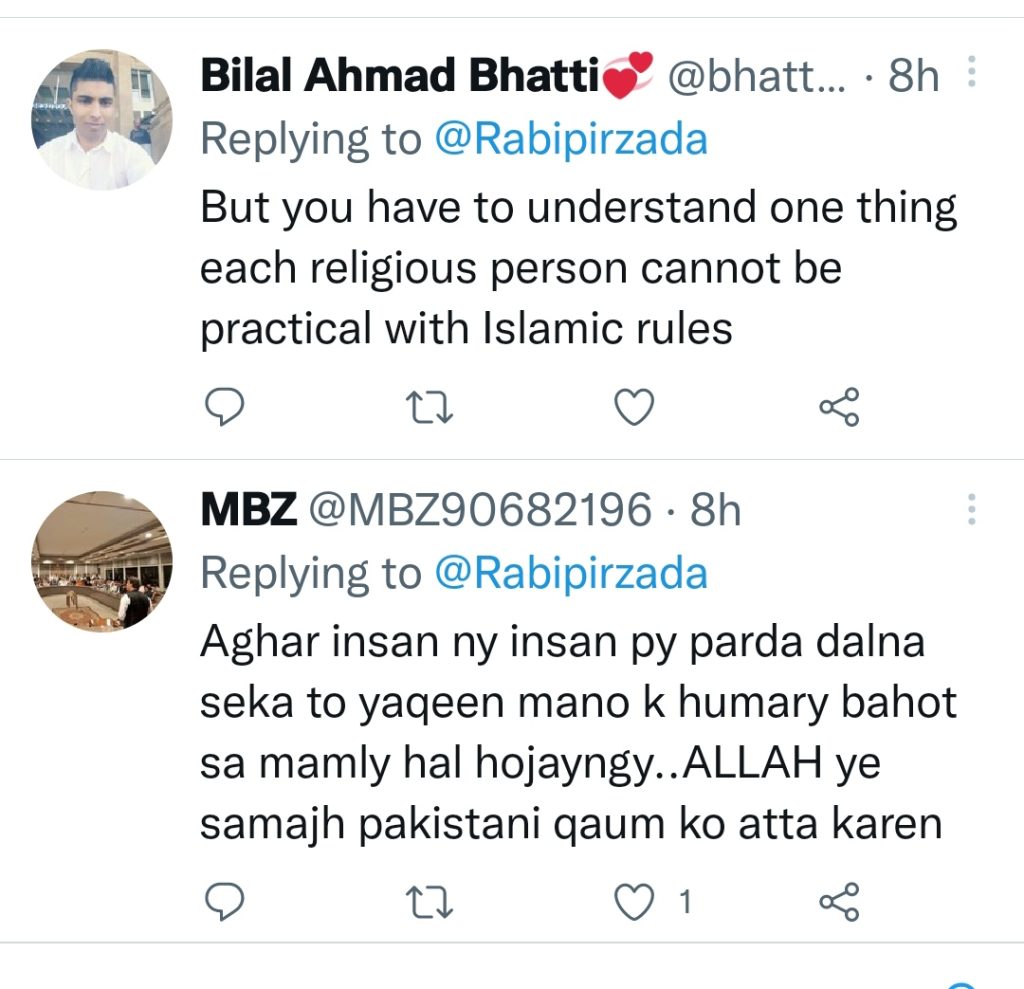 Rabi Pirzada is a Pakistani former pop singer, television host, artist, and calligrapher. Pirzada launched her career in 2004. She released her first song “Dahdi Kurree” in 2005. Her other songs to have public appreciation were “Mujhe Ishq Hai”, “Jadoo”, and “Kisi Ke Ho Ke Raho”. Her song “Kisi Ke Ho Ke Raho” was composed by the renowned song lyricist Shoaib Mansoor. 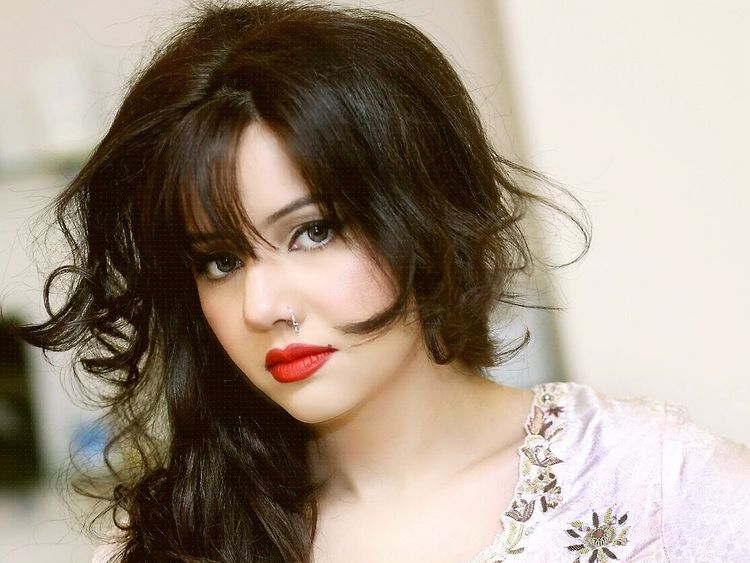 She had also started content writing for news websites such as US News Box. Her TV drama production Qissa Kursi Ka was launched in July 2016. Rabi frequently made guest appearances on Pakistani television comedy and talk shows such as on Dunya News’s show Mazaaq Raat. In 2018, Pirzada made her film debut in the film Shor Sharaba in the lead role alongside Meera.

In 2017, the artist left the industry and set off on the religious path.