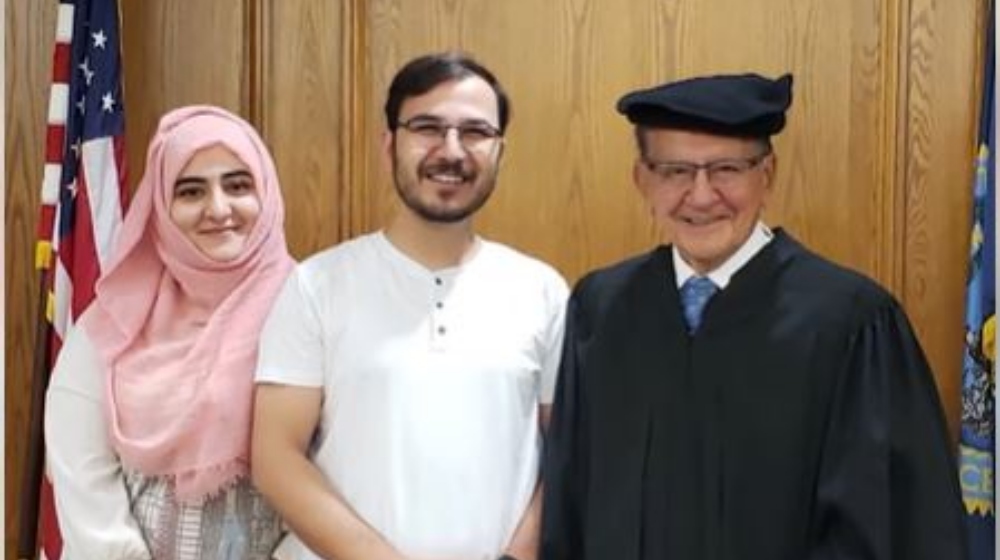 After winning hearts in Pakistan with his compassion towards a Pakistani student in the United States, Judge Caprio from ‘Caught in Providence’ has been made an honorary Pakistani.

As the instance of the famed judge went viral on social media, Judge Frank Caprio received a lot of love from Pakistan.

Soon afterward, his show garnered a following, to the point where a lot of Pakistanis want to ‘visit; the judge when they visit Rhode Island. However, recently when a Pakistani resident of his area had the chance to meet Judge Frank Caprio over a parking ticket, he had a fanboy moment.

The man in question, Jawad Ahmed, and his wife fawned over the judge amid their trial. In the end, when they were handed a $65/- fine, they asked to take a picture with the famed judge. That’s when they gave him a special gift from Pakistani.

They gave him a Peshawari cap that the motorist’s father brought all the way from Pakistan. At this point he’s practically an honorary Pakistani!

He even joked about being ‘baptized a Pakistani’ after receiving the hat. That’s not all. At the end of the episode of Caught in Providence, the show called for donations to help the flood affectees in Pakistan right now. So the country has really grown on the judge.

What do you think about yet another heartwarming moment that the US Judge had with Pakistani immigrants in Providence, Rhode Island? Let us know in the comments below.