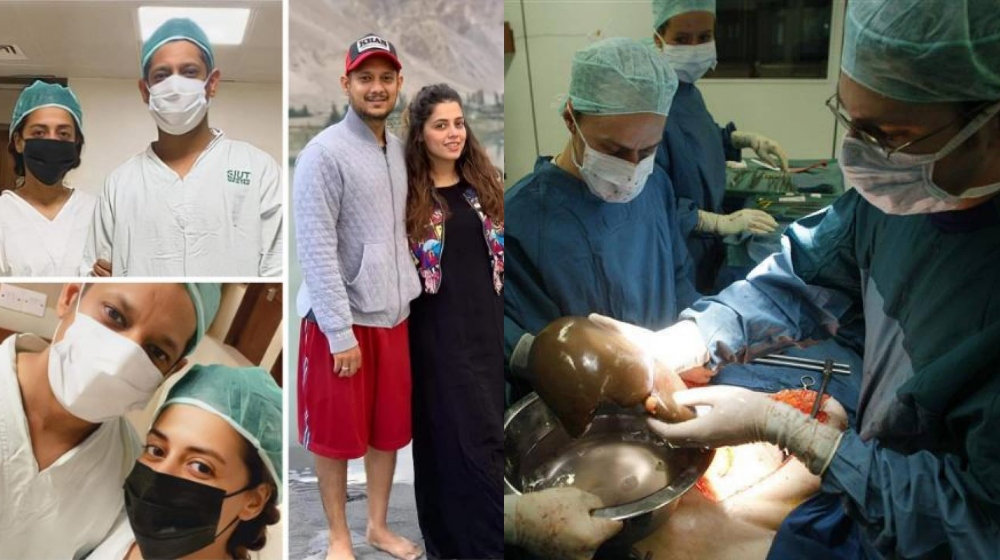 There are plenty of celebrity couples that get hyped up, biut it’s actually normal people that offer major couple goals. Like a Karachi-based couple made headlines when the wife donated her kidney to her husband.

Asma Siraj donated her kidney to her husband Omer after doctors declared that his kidney will no longer be functioning properly.Doctors told Omer that his failing kidneys would require a transplant or dialysis.

Based in Karachi’s Gulshan-e-Iqbal area, Asma Siraj and Omer are serving as major couple goals with the woman’s true love and sacrifice.

They not only share love but now a kidney.

There have been similar stories in the past when women loved their husbands so much that they donated their kidneys to save their lives.

Back in November 2021, a Dallas couple had a similar story as a wife donated her kidney to her husband. After almost 52 years of marriage, they proved to be a perfect match. When Harry was a perfect tissue match for Liz Joe’s kidney.

ALSO READ
Son Dies While Donating Liver To His Mother

Liz Joe donated one of her kidneys to her husband, Harry who has had Type 2 diabetes for more than three decades. The illness led to chronic kidney disease and failure and he needed a transplant.

As fate would have it, his wife saved his life.