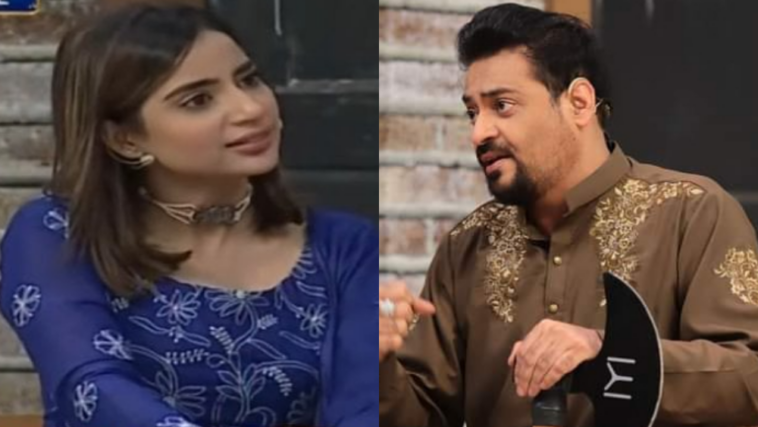 Saboor Aly and Ali Ansari were invited to last night’s episode of Jeeway Pakistan, where the actress almost lost her cool with the host, Aamir Liaquat.

Aamir Liaquat is notorious for quite a lot of things and one of them is doing controversial things at his show. Just recently, he was all over the internet because of his ‘naagin dance’ and earlier this week, his alleged third wife’s statement stirred a new controversy.

During the latest episode of his Ramazan special show, Aamir Liaquat was a little too flirtatious with Saboor Aly, which clearly made her uncomfortable.

We saw many instances of him being too frank with her but Saboor tried her best to ignore it and be patient. He even said that she should work with him in Naagin 2 (a pun on his viral naagin dance video) but she politely refused and said he is best suited for this type of content.

During a segment, the host kept staring at her and made unnecessary remarks. Saboor almost lost her cool and made him realize she is not comfortable with him. She sarcastically said,

“I want you to look at me with cleaned eyes. There should be modesty and kindness in your eyes when you look at me.”

She made him turn his eyes away from her and Aamir Liaquat made sure to not look at her. However, he continued to annoy and test her patience. 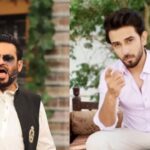 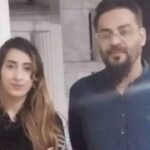