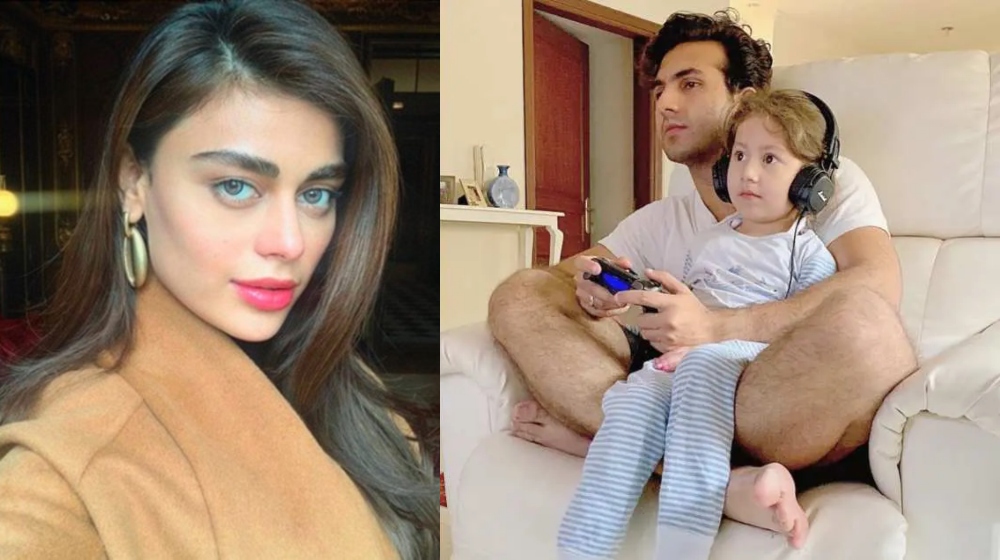 After marrying Shahroze Sabwari, Sadaf Kanwal also became a stepmom to little Nooreh. The supermodel recently opened up about her relationship with her stepdaughter.

In the couple’s appearance on Time Out With Ahsan Khan, the 28-year-old revealed that things between her and Nooreh are very respectful and friendly.

“Nooreh and I are like friends, …. She calls me Sadaf and I call her Nooreh, sometimes Nooru. She is such an adorable and loving girl”.

Syra Yousuf Opens Up About Her Concerns for Daughter Nooreh [Video]

The Lockdown actress even compared the seven-year-old with her father.

“Nooreh is her father’s mini-me in the way she loves.”

“Lately, Nooreh is going out of Karachi for 15 days and Sadaf asked her for a hug before leaving. She came and hugged Sadaf for five minutes and asked, ‘are you happy now?'”

“So this is the thing about Nooreh that she loves a lot.”

Shahroze also revealed how Sadaf Kanwal shares all her makeup with his daughter, and how the little girl loves playing with make-up.

The couple also appreciated Syra Yousuf for always being by Nooreh’s side and raising her so well.

Previously, Syra Yousuf has voiced concerns about how she tries to shield her child from controversies. In a recent interview, the Sinf-e-Aahan actress revealed, how at times she has to have honest conversations with her daughter. As a mother, she strives hard to prepare Nooreh for what’s ahead.

“I can do the best for my daughter, no one else can. Meanwhile, I can just prepare her for what it can be out there. I am actually very close to her and we have honest conversations about things. I personally believe that when you are upbringing your child you have to prepare them for what’s out there, but also let them know that you are safe and secure if you’ve got a good compass within yourself.”

As mentioned before by Shahroze Sabzwari, Nooreh splits her time between her mother and father’s home throughout the week.