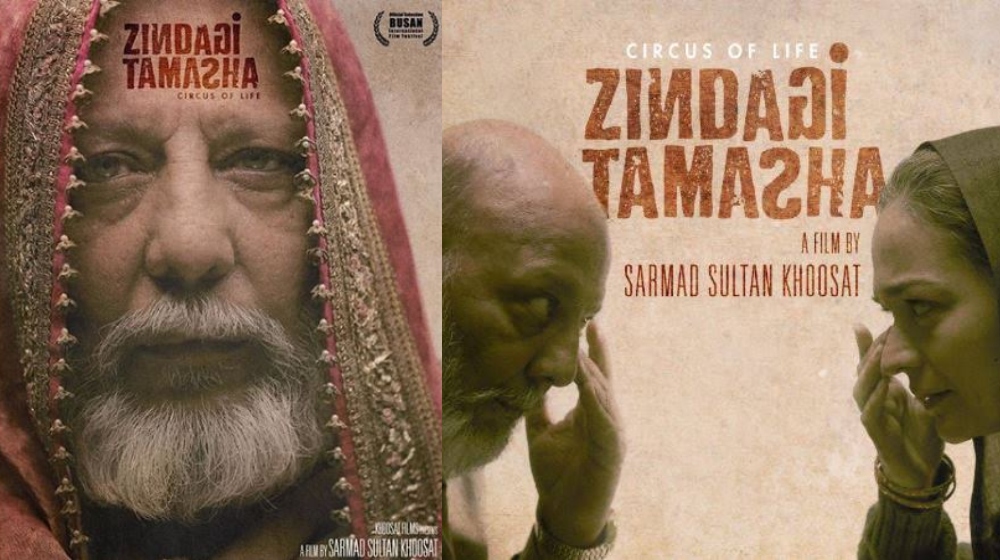 After the Sarmad Khoosat’s international award-winning film ‘Zindagi Tamasha‘ was cleared for release by the Censor Board of Film Censors a second time, the group trying to have the film flagged wasn’t too happy. Now they’re fussing and hustling to try to get the film flagged again.

Sarmad Khoosat explained that as a law-abiding citizen, he trusted the law and has already submitted his film for review to Censor Board of Film Censors twice. Even then, a particular group is hell bent on keeping Zindagi Tamasha off-screens.

“As a law abiding citizen and with full conviction that there is nothing offensive or malicious in the film, in response I submitted the film for another review to the censor board. I was cleared once again with a few cuts to appease the complaints.”

The writer pleaded that despite all his contributions to theater, film, and drama. Despite Zindagi Tamasha being the first feature film to bring home an award from an international film festival, a certain group is trying to keep his film off-screens.

A trailer is supposed to be enticing and pique interests. A trailer is not supposed to give away any hints about the actual plot. Sarmad Khoosat revealed the movie’s actual themes are far from offensive.

“Zindagi Tamasha is a reflection of it’s setting. My team and I explored themes of gender constructs, class division, and complex human experiences. There was never any intention to attack to point fingers at or humiliate any individual or institution”

Will the State Submit to Troublemakers?

The Humsafar director writes that he knows this ‘complainant group’ will now resort to pressure tactics to get what they want. Yet by doing so, they’re the ones undermining the law and a state institution.

Still, they’re not being reprimanded. People need to be given a clear message that their liberties end when the rights of another citizen begin.

“My team and I are bring bullied and pressured but also because this series of episodes undermines a state institution like the Censor Board of Censor Films and strips it of its authority and stature.”

Durj Does Roaring Business On Its Opening Weekend in Pakistan

The Baaghi director called for Pakistanis addressed in the letter to stand with law and liberty. Buckling under the pressure of those desecrating that very law would be rewarding such bad behavior.

“Space for rational and artistic thinking and expression  must not be annexed by a few troublemakers for their political ends but I fear this is what will happen if we buckle under this time.”

Sarmad Khoosat’s fans affirm that they support his film.

Such films should be created n supported by all

They called out how unfortunate this whole ordeal is.

It’s tragic that you even had to make this plea!
Hope you get to release this film soon 🤞

Someone even suggested ditching this drama and putting the film on Netflix.

It was better to display it on Netflix