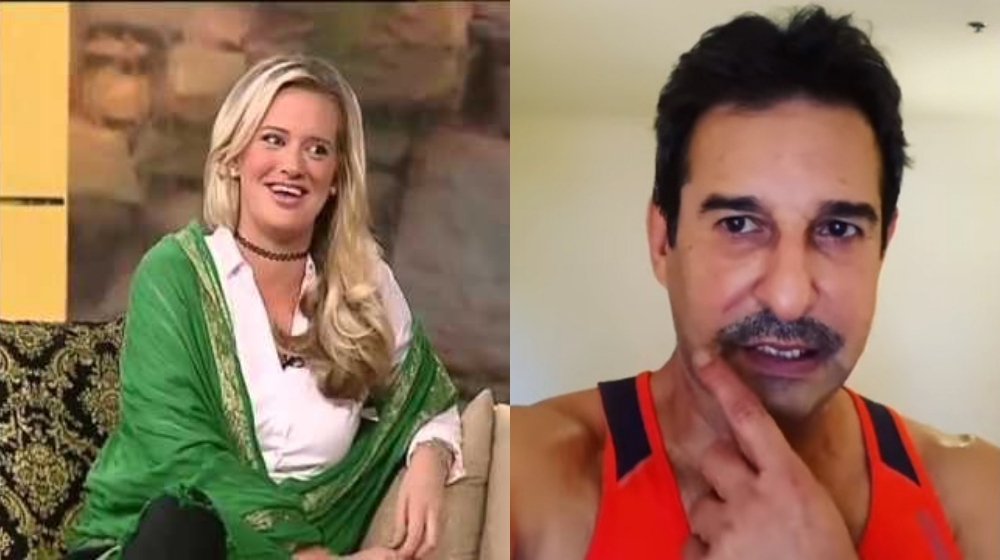 As Wasim Akram tries out a new look, Shaniera Akram is having none of it. She wants her husband to ditch the mustache.

Facial hair is often a way for men to impress women. However, Shaniera bhabi straight up told Wasim Akram ‘that mustache is not coming home’.

The legendary cricketer flew to Australia to be with his wife and daughter. As part of the country’s quarantine rules, Wasim Akram is currently in quarantine before he can go home. During that time, he thought he’d grow a  ‘quarantine mustache’.

Shaniera Akram Misses Wasim Akram While Being Stranded in Australia

He uploaded a video on the eighth day of quarantine in Melbourne, showing off how he’s working out again after a down spell. Wasim got to breaking a sweat on his new bicycle and gym equipment as a Sajjad Ali song played in the background.

The video also featured the philanthropist rocking a mustache. Shaniera bhabi is known for her witty and hilarious responses online. Not even Wasim Akram is spared the sass, as the two engage in playful banter online.

While previously, Bhabi G posted about missing home and her husband, even eight months apart wasn’t going to have her accept that new strip of facial hair Wasim was rocking.

She had a hilarious reaction to Wasim’s new look, saying;

“That mustache is not coming home with you.”

Wasim Akram Ask Fans To Mustache or Not to Mustache?

The last time Wasim Akram asked if he should keep a mustache, Shaniera bhabi made it clear that facial hair is a no.

What do you think of Wasim Akram’s new look? Do you agree with Bhabi G that he should ditch the mustache? Let us know what you think in the comments below.