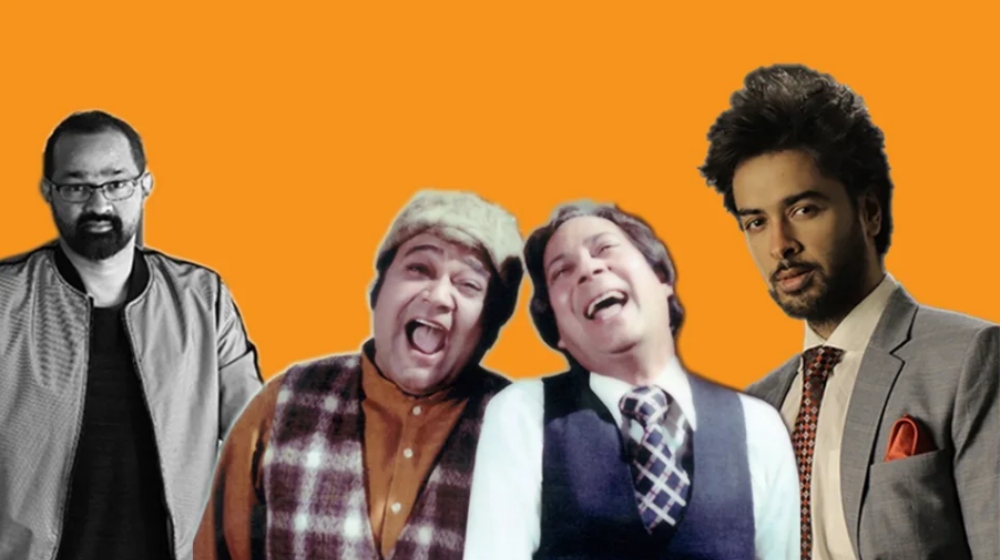 Evergreen singer Shehzad Roy might not have released a new track for ages now but turns out he’s making his acting debut soon! We’ve been waiting on his Alif Noon remake for ages now.

In a behind the scenes video on the sets of Timeout With Ahsan Khan, the Laga Reh singer spilled the tea on his upcoming feature film.

We already knew he will be playing a key role in ‘Alif Noon The Movie‘. He finally gave us an update. The Kon Kis Ka Admi Hai singer said that the shooting for the film will begin in September and it will will hit theaters next year in 2022.

Ahsan Khan wished him luck on his upcoming venture .

The film will be a sequel to the widely popular 1965 sitcom, Alif Noon is a beloved childhood favorite. The PTV classic originally cast Kamaal Ahmed Rizvi as Allan, and Rafi Khawar as Nanha.

This movie will be set in 2021-2022 as these veterans try and grasp the technological boom and the lifestyle changes that came with it.

Shehzad Roy even shared how the music for the movie will be special. Is the singer working on curating the motion picture soundtrack for the film?

Word is that comedian and veteran actor Faisal Qureshi will also be seen in the film.

Aside from being a megastar in Pakistan’s music industry, he is also a philanthropist and runs the educational and welfare non-profit ‘Zindagi Trust’.

Aside from his evergreen tracks, Shehzad Roy is also famous for his looks. Deemed the male equivalent of the immortal Mahnoor Baloch, the singer never seems to age.