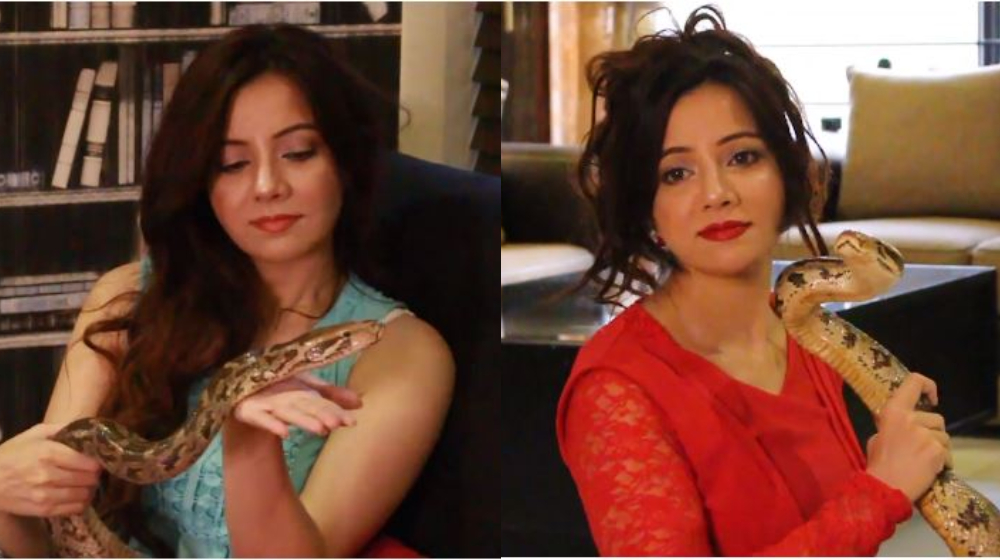 Forget Romeo and Juliet, it seems that this Pakistani singer’s love for cold-blooded reptiles may land her in jail in the Land of the Pure. We are of course talking about Rabi Pirzada and her very public, peerless love for slithering snakes and crocodiles (yikes!).

For those of you who have been watching this space, Rabi Pirzada has made no secret of how deep her affection goes for these very green and scaly creatures. As scary as these reptiles may be, we have seen countless times that the damsel is not afraid of handling them. She actually seems perfectly at ease!

It seems that what these fearsome reptilian creatures may not have managed to do, the Punjab Wildlife Department will. The singer has good reason to worry because the folks at the Wildlife department have taken notice of her exploits. Plus there is that little matter about her ‘breaking a law.’

Rabi Peerzada Cuddles Up To Snakes In Her New Song [Video]

The Wildlife Department will take action against the social media star for allegedly violating a law that outlaws private citizens from keeping exotic pets. Rabi Pirzada actually owns quite a lot of these exotic animals. Right now she owns:

As to how the government officials came to know about Ms. Pirzada’s repertoire of dangerous pets, turns out Rabi made a video threatening Indian PM Modi to beware of her venomous minions.

Seems like that stunt has invited trouble for the pop singer. And to think we were very much looking forward to seeing what Pirzada had in store for us after saying that a Kashmiri woman and her snakes were ready to feast on a certain leader next door.

For her part, Ms Pirzada released this video, saying that she has been very public about her reptilian friends for 5 years. Why are people taking notice of her just now? Hate to say it but the lady’s got a point.

So folks, there’s a lesson here – what social media giveth, it also taketh away.

Stay tuned for more updates regarding this story as it happens.