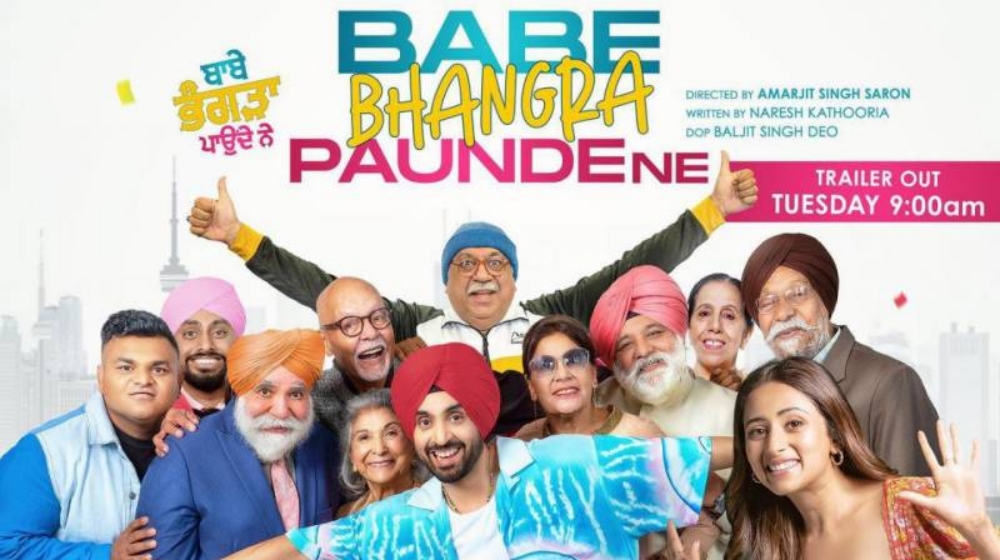 Despite diplomatic relations between Pakistan and India being sour, artists from both countries still keep an open heart. Now artists from both sides are getting together for another Indo-Pak film. The film will star Sohail Ahmed with Diljit Dosanjh.

This joint Indo-Pak venture is a Punjabi film. As usual, these films are sprinkled with witty dialogues and humor throughout. So no wonder the Pakistani comedy king, Sohail Ahmed, was picked for a role. He is all geared up to portray a character an Indian-Punjabi actor in the film. Babe Bhangra Paunde Ne is a comedy. So Sohail Ahmed will be in his element.

The Hasb-e-Haal artist will be seen in one of the leading roles.

Meanwhile, singer-cum-actor Diljit Dosanjh will play the lead along with Sargun Mehta in the movie Babe Bhangra Paunde Ne.

Audiences on both sides of the border are excited about the Babe Bhangra Paunde Ne release date.

Directed by Amarjit Singh Saron, the movie has reportedly been filmed in the United States. Meanwhile, CEO of HKC entertainment, which hails from Pakistan, produced the film.

On the work front, the G.O.A.T singer is enjoying the success of Jogi, and he is also geared to play Imtiaz Ali’s ‘Amar Singh’ Chamkila’s biopic.

On the other hand, Sohail Ahmed was last seen in the film London Nahi Jaunga and the Ramzan drama Chaudhry and Sons.

How excited are you for this Sohail Ahmed and Dilgit Dosanjh collab? Let us know in the comments below.